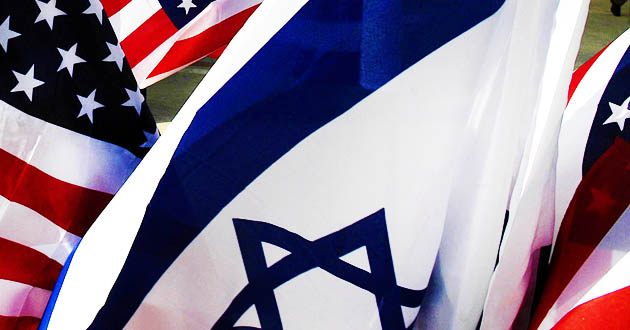 It’s a policy fierce enough to cause great suffering among Iranians  — and possibly in the long run among Americans, too.  It might, in the  end, even deeply harm the global economy and yet, history tells us, it  will fail on its own.  Economic war led by Washington (and encouraged by  Israel) will not take down the Iranian government or bring it to the  bargaining table on its knees ready to surrender its nuclear program.   It might, however, lead to actual armed conflict with incalculable  consequences.

The United States is already effectively embroiled in an economic war  against Iran.  The Obama administration has subjected the Islamic  Republic to the most crippling economic sanctions applied to any country  since Iraq was reduced to fourth-world status in the 1990s.  And worse  is on the horizon.  A financial blockade is being imposed that seeks to  prevent Tehran from selling petroleum, its most valuable commodity, as a  way of dissuading the regime from pursuing its nuclear enrichment  program.

Historical memory has never been an American strong point and so few  today remember that a global embargo on Iranian petroleum is hardly a  new tactic in Western geopolitics; nor do many recall that the last time  it was applied with such stringency, in the 1950s, it led to the  overthrow of the government with disastrous long-term blowback on the  United States.  The tactic is just as dangerous today.

Iran’s supreme theocrat, Ayatollah Ali Khamenei, has repeatedly condemned the atom bomb and nuclear weapons of all sorts as tools of the devil, weaponry that cannot be used without killing massive numbers of civilian noncombatants.  In the most emphatic terms, he has, in fact, pronounced them forbidden according to Islamic law.  Based on the latest U.S. intelligence, Secretary of Defense Leon Panetta has affirmed that Iran has not made a decision to pursue a nuclear warhead.  In contrast, hawks in Israel and the United States insist that Tehran’s civilian nuclear enrichment program is aimed ultimately at making a bomb, that the Iranians are pursuing such a path in a determined fashion, and that they must be stopped now — by military means if necessary.

Putting the Squeeze on Iran

At the moment, the Obama administration and the Congress seem intent on making it impossible for Iran to sell its petroleum at all on the world market.  As 2011 ended, Congress passed an amendment to the National Defense Authorization Act that mandates sanctions on firms and countries that deal with Iran’s Central Bank or buy Iranian petroleum (though hardship cases can apply to the Treasury Department for exemptions).

This escalation from sanctions to something like a full-scale financial blockade holds extreme dangers of spiraling into military confrontation.  The Islamic Republic tried to make this point, indicating that it would not allow itself to be strangled without response, by conducting naval exercises at the mouth of the Persian Gulf this winter.  The threat involved was clear enough: about one-fifth of the world’s petroleum flows through the Gulf, and even a temporary and partial cut-off might prove catastrophic for the world economy.

In part, President Obama is clearly attempting by his sanctions-cum-blockade policy to dissuade the government of Israeli Prime Minister Binyamin Netanyahu from launching a military strike on Iran’s nuclear facilities.  He argues that severe economic measures will be enough to bring Iran to the negotiating table ready to bargain, or even simply give in.

In part, Obama is attempting to please America’s other Middle East ally, Saudi Arabia, which also wants Iran’s nuclear program mothballed.  In the process, the U.S. Department of the Treasury has even had Iran’s banks kicked off international exchange networks, making it difficult for that country’s major energy customers like South Korea and India to pay for the Iranian petroleum they import.  And don’t forget the administration’s most powerful weapon: most governments and corporations do not want to be cut off from the U.S. economy with a GDP of more than $15 trillion — still the largest and most dynamic in the world.

Typically, the European Union, fearing Congressional sanctions, has agreed to cease taking new contracts on Iranian oil by July 1st, a decision that has placed special burdens on struggling countries in its southern tier like Greece and Italy.  With European buyers boycotting, Iran will depend for customers on Asian countries, which jointly purchase some 64% of its petroleum, and those of the global South.  Of these, China and India have declined to join the boycott.  South Korea, which buys $14 billion worth of Iranian petroleum a year, accounting for some 10% of its oil imports, has pleaded with Washington for an exemption, as has Japan which got 8.8% of its petroleum imports from Iran last year, more than 300,000 barrels a day — and more in absolute terms than South Korea.  Japan, which is planning to cut its Iranian imports by 12% this year, has already won an exemption.

Faced with the economic damage a sudden interruption of oil imports from Iran would inflict on East Asian economies, the Obama administration has instead attempted to extract pledges of future 10%-20% reductions in return for those Treasury Department exemptions.  Since it’s easier to make promises than institute a boycott, allies are lining up with pledges. (Even Turkey has gone this route.)

Such vows are almost certain to prove relatively empty.  After all, there are few options for such countries other than continuing to buy Iranian oil unless they can find new sources — unlikely at present, despite Saudi promises to ramp up production — or drastically cut back on energy use, ensuring economic contraction and domestic wrath.

What this means in reality is that the U.S. and Israeli quest to cut off Iran’s exports will probably be a quixotic one.  For the plan to work, oil demand would have to remain steady and other exporters would have to replace Iran’s roughly 2.5 million barrels a day on the global market.  For instance, Saudi Arabia has increased the amount of petroleum it pumps, and is promising a further rise in output this summer in an attempt to flood the market and allow countries to replace Iranian purchases with Saudi ones.

But experts doubt the Saudi ability to do this long term and — most important of all — global demand is not steady.  It’s crucially on the rise in both China and India.  For Washington’s energy blockade to work, Saudi Arabia and other suppliers would have to reliably replace Iran’s oil production and cover increased demand, as well as expected smaller shortfalls caused by crises in places like Syria and South Sudan and by declining production in older fields elsewhere.

Otherwise a successful boycott of Iranian petroleum will only put drastic upward pressure on oil prices, as Japan has politely but firmly pointed out to the Obama administration.  The most likely outcome: America’s closest allies and those eager to do more business with the U.S. will indeed reduce imports from Iran, leaving countries like China, India, and others in Asia, Africa, and Latin America to dip into the pool of Iranian crude (possibly at lower prices than the Iranians would normally charge).

Iran’s transaction costs are certainly increasing, its people are beginning to suffer economically, and it may have to reduce its exports somewhat, but the tensions in the Gulf have also caused the price of petroleum futures to rise in a way that has probably offset the new costs the regime has borne.  (Experts also estimate that the Iran crisis has already added 25 cents to every gallon of gas an American consumer buys at the pump.)

Like China, India has declined to bow to pressure from Washington.  The government of Prime Minister Manmohan Singh, which depends on India’s substantial Muslim vote, is not eager to be seen as acquiescent to U.S. strong-arm tactics.  Moreover, lacking substantial hydrocarbon resources, and given Singh’s ambitious plans for an annual growth rate of 9% — focused on expanding India’s underdeveloped transportation sector (70% of all petroleum used in the world is dedicated to fuelling vehicles) — Iran is crucial to the country’s future.

To sidestep Washington, India has worked out an agreement to pay for half of its allotment of Iranian oil in rupees, a soft currency.  Iran would then have to use those rupees on food and goods from India, a windfall for its exporters.  Defying the American president yet again, the Indians are even offering a tax break to Indian firms that trade with Iran.  That country is, in turn, offering to pay for some Indian goods with gold.  Since India runs a trade deficit with the U.S., Washington would only hurt itself if it aggressively sanctioned India.

As yet, Iran has shown no signs of yielding to the pressure.  For its leaders, future nuclear power stations promise independence and signify national glory, just as they do for France, which gets nearly 80% of its electricity from nuclear reactors.  The fear in Tehran is that, without nuclear power, a developing Iran could consume all its petroleum domestically, as has happened in Indonesia, leaving the government with no surplus income with which to maintain its freedom from international pressures.

Iran is particularly jealous of its independence because in modern history it has so often been dominated by a great power or powers.  In 1941, with World War II underway, Russia and Britain, which already controlled Iranian oil, launched an invasion to ensure that the country remained an asset of the Allies against the Axis.  They put the young and inexperienced Mohammed Reza Pahlevi on the throne, and sent his father, Reza Shah, into exile.  The Iranian corridor — what British Prime Minister Winston Churchill called “the bridge of victory” — then allowed the allies to effectively channel crucial supplies to the Soviet Union in the war against Nazi Germany.  The occupation years were, however, devastating for Iranians who experienced soaring inflation and famine.

Discontent broke out after the war — and the Allied occupation — ended.  It was focused on a 1933 agreement Iran had signed with the Anglo-Iranian Oil Company (AIOC) regarding the exploitation of its petroleum.  By the early 1950s, the AIOC (which later became British Petroleum and is now BP) was paying more in taxes to the British government than in royalties to Iran for its oil.  In 1950, when it became known that the American ARAMCO oil consortium had offered the king of Saudi Arabia a 50-50 split of oil profits, the Iranians demanded the same terms.

The AIOC was initially adamant that it would not renegotiate the agreement.  By the time it softened its position somewhat and began being less supercilious, Iran’s parliamentarians were so angry that they did not want anything more to do with the British firm or the government that supported it.

On March 15, 1951, a democratically elected Iranian parliament summarily nationalized the country’s oil fields and kicked the AIOC out of the country.  Facing a wave of public anger, Mohammed Reza Shah acquiesced, appointing Mohammed Mosaddegh, an oil-nationalization hawk, as prime minister. A conservative nationalist from an old aristocratic family, Mosaddegh soon visited the United States seeking aid, but because his nationalist coalition included the Tudeh Party (the Communist Party of Iran), he was increasingly smeared in the U.S. press as a Soviet sympathizer.

One Response to The U.S/Israeli Plan for Iran: It’s Doomed