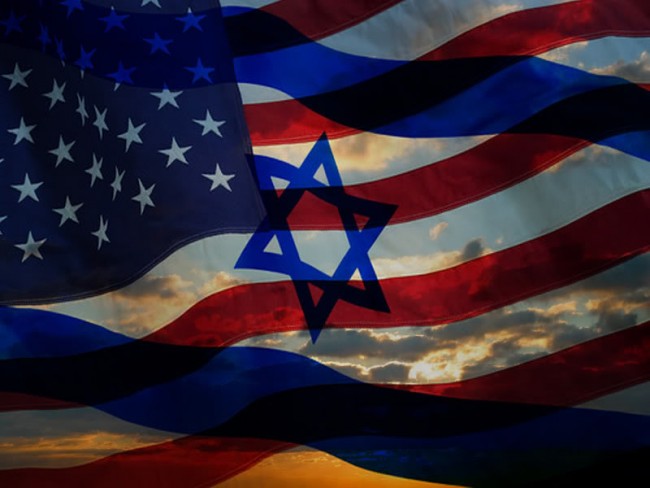 A shift in perspective is emerging in US public opinion regarding Israel. Americans are re-configuring their views, and shedding their generally held attitudes towards Israel. Naturally, Palestinians should seize and take advantage of this seismic opinion shift that is rolling across the US. But before they do, they must take the time to reflect on what can be learned from this major opinion shift in the US. They should also analyze and assess how a nation that had within its clasp the US public sympathies managed to lose the unconditional devotion of millions recklessly.

For years Americans stood apart from the world. They consistently protected and shielded Israel from international scorn, even when Israel’s actions were morally and politically indefensible. In fact, America’s loyalty to Israel were so entrenched, deep and wide where all matters regarding Israel operated on one of a kind model “Israel right or wrong” we got your back. For decades sustained American support for Israel did not waiver or change, even when it contradicted with US declared national, regional, and global interests. Which suggests that this profound public opinion shift in the US is pivotal.

So what caused this radical opinion change in the US? And what can the Palestinians learn from it? The reasons for this drastic shift in US opinion is fairly simple: Americans can no longer stomach Israel’s obsession with domination and power, its militant aggressive policies, its brutal occupation, and its addiction to its illegal settlement enterprise. Simply stated Israel’s expansionist policies that consecutive Israeli governments, and Israeli political and military leaders have stubbornly advanced no matter the social, moral and political cost are responsible for the radical change in US views of Israel and its policies. A topical examination of Israel’s 60+ years militant policies should be sufficient to convince anyone who doubts the reasons behind America’s profound opinion shift, and the effects of Israeli policies on the perception and views of average Americans. In short Israel made it too difficult for Americans to remain faithful to a nation that is bent on addressing every political challenge with guns, bullets, night raids, abductions, indefinite prison terms, land confiscation, and indiscriminate killings.

What drove Israel to such extreme unfathomable reliance on military might? And what national traits have contributed to Israel’s systematic intent to build a militant nation that unquestionably follows? We the Americans are partially to blame. Our own government, Congressional leaders, and legislatures who have consistently supported every Israeli military action bear some blame for compromising Israel’s political and moral character. Nonetheless, there is another reason. Historians, psychologists, and educators have extensively researched the consequences of traumatic experiences on individual trauma victims, and the effects of historical traumatic experiences on national identity and character. Researchers have established conclusive and irrefutable relationship between past traumatic experiences, and the heightened risk of the recurrence of cyclical violence across generations.

There is no question or ambiguity about the shared horrific, and traumatizing Jewish experience that millions of Jews have endured prior to 1948. The Holocaust has been the core of the Jewish identity, and Israel’s distinguished unifying historical experience. It has been the impetus for the creation of the state of Israel, and the raison d’être that provides Israelis and Jews worldwide the drive, and determination to support Israel with blood and treasure. Palestinians were the first to realize that Israeli Jews who have suffered and pained immeasurable inhumane cruelty, when given the opportunity, weave and relive their nightmare. Israelis’ pain unresolved unconsciously drove many of its soldiers to inflict pain on innocent Palestinians. Interestingly, while Palestinians had no hand in Israel’s collective and individual suffering that the Holocaust experience has imprinted on every Israeli and Jew, for decades Palestinians became Israel’s open wounds who pay the price for Israel’s unresolved national bitter memory. Countless of Palestinian men, women, and children are well aware that they are the living witnesses of the painful Jewish past. A lesson that Palestinians should not forget or ignore-otherwise they will more than likely risk generations of Palestinians to cyclical violence.

Clearly Israel’s militant policies are responsible for exacting immeasurable pain on every Palestinian family and individual. For more than seven decades and counting Palestinians have been hostage to Israeli policies that denies them their basic human rights, and robs them of their dignity and freedom. Nonetheless, Palestinians must stay mindful that while the Israelis have occupied Palestinian lands, and daily executed and administered Israel’s callous policies, Israelis also barricaded their own conscience that allowed them to tolerate inflicting violence on innocent Palestinians. Palestinians must be careful not to allow their long painful historical experience with the Israeli state, and its IDF soldiers who execute its policies imbue and negatively influence their national identity and character.

Notwithstanding, deep Palestinian suffering should not remain an open sore that fuels hate. Instead Palestinians must be mindful of Israel’s fateful mistakes that have scarred generations of its young, and make every effort to heal and forgive. To carefully tread and be diligent in protecting Palestinians’ moral compass, lest they victimize others. Palestinian educators, psychologists and leaders should work hard to rid their people of the natural aggressive tendencies that are a consequence of their historical Zionist experience that has poisoned every Palestinian home, family, and refugee since 1948. In fact, evidence based intervention has been known to be the only reliable approach to break the recurrence of cyclical violence.

As Palestinians move in the new space that is unfolding ahead, and as they get closer to realizing their aspirations and dreams, they must be deliberate in avoiding any social trend, inclination, or political initiative that could compromise their ethical cause, their principles, cultural and moral fabric. They should avoid any action that could compromise their compassionate national character. Above all, Palestinians should be careful not to squander their natural kindness, their abundant generous spirit, and humanity that have inspired average people of every national origin, creed and faith to take the Palestinian cause into their homes, community, and houses of worship.

Palestinians should take bold measures and do the unthinkable- initiate and develop a way forward outside the Israeli political framework that has been the dominant operating paradigm. They must continue to deliberately build regional and international grass root support for the Palestinian initiated BDS movement, strengthen their relationship and collaboration with Jewish and Israeli peace activists who have similarly suffered Israel’s wrath and scorn, and thoughtfully and methodically take the Palestinian case to the halls of the United Nations and its multitude of international organizations, that were responsible for their Nakba and endless occupation. Most importantly, Palestinians should make every effort to free their society from anger and hate, steadfastly institute and build on their successful non-violent peaceful movement, and earnestly work to free Palestine from the Israeli occupation–aware that their freedom will also free Israelis.