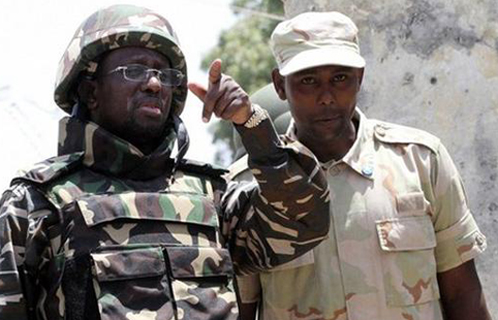 While Al Qaeda is projecting a kinder, gentler image by distributing aid to famine victims, its local Somali affiliate, the Al Shabab, are  ensuring strict adherence to a five-year old ban on women’s sports.The emphasis on women constitutes an expanded enforcement of the Shabab’s extreme interpretation of Quranic guidelines on sports that in recent years focused primarily on efforts to ban soccer for men as well as women.

The Shabab focus not only contrasts with Al Qaeda’s effort to project a different image after having lost much of its appeal with its attacks on Arab residential compounds and luxury hotels in the first half of the last decade and being even more sidelined by this year’s Arab revolt sweeping the Middle East and North Africa.

It also highlights differing attitudes with Al Qaeda and other militant Islamist groups such as Palestine’s Hamas and Lebanon’s Hezbollah with regard to the importance and the role of sports in Islamist ideology and strategy.

AL Qaeda and Al Shabab represent two sides of militant Islam’s love-hate relationship with ball games. Soccer doesn’t fit into Al Shabab or, for that matter, the Taliban’s vision of an Islamist society. Soccer distracts the faithful from worshipping Allah, competes with the militants for recruits and lends credence to national borders at the expense of pan-Islamist aspirations for the return of the Caliph who would rule the world’s 1.5 billion Muslims as one. It also celebrates peaceful competition and undermines the narrative of an inevitable clash of civilizations between Islam and the West.

Al Shabab mentor and Taliban ally Osama Bin Laden, like many jihadists, nonetheless worshiped the game only second to Allah. He saw it as a useful bonding and recruitment tool that brought recruits into the fold, encouraged camaraderie and reinforced militancy among those who have already joined. The track record of soccer-players-turned suicide bombers proves his point.

Nonetheless, in a break with its indiscriminate shedding of bloodhuman life, Al Qaeda recently sent a representative to a camp of Somali refugees fleeing the famine in their tortured country to distribute humanitarian aid.

Already wracked by an Islamist insurgency whose leaders differ little in with Afghanistan’s Taliban, Somalia recently has also been hit by a famine that is worst in areas controlled by the Al Shabab, which five years ago aligned itself with Al Qaeda. The United Nations estimates that thousands have already died in the famine and that some 750,000 more could lose their lives in the coming months.

As a result, Al Qaeda’s distribution of aid throws into sharp relief, Al Shabab’s refusal to allow Western air groups to help alleviate suffering and its effort instead to ensure adherence to its strict precepts that not only ban women’s sports, but soccer for men as well as women as well as bras and music.

The contradictions were most evident when Al Qaeda leader Ayman al Zawahiri’s representative, Ali Abdulla Al Muhajir, recently presided over the distribution of mounds of grain, powdererd milk and dates in an Al Shabab-run camp on the outskirts of marked. The food was marked “Al Qaeda campaign on behalf of Martyr Bin Laden. Charity relief for those affected by the drought,” Mr. Al Muhajir told his starving listeners: “Our beloved brothers and sisters in Somalia, we are following your situation on a daily basis.”

Speaking in American-accented English, Mr. Al Muhajir said the aid had been purchased by “brothers in Al Qaeda” who although separated from the refugees by thousands of kilometres had them “consistently in our thoughts and prayers.”

The Al Shahab’s revived effort to impose a ban on women’s sports harks back to a decision in 2006 by the Somali Islamic Courts Union (ICU), an Islamist group that briefly ruled Somalia, that condemned it as “a heritage of old Christian cultures” and “un-Islamic.”

Initially an armed wing of the courts, the Shabab emerged as a force in their own right with the US-backed Ethiopian invasion that forced the courts out of power.

Much like they did with soccer officials, Al Shabab operatives have begun threatening women basketball players with death if they fail to give up the sport. The focus on basketball is no coincidence. Basketball is Somalia’s second most popular sport after soccer and alongside soccer and handball only one of three sports played by women in Somalia.

Somali national women’s basketball team captain Suweys Ali Jama is one of their favourite targets. “I will only die when my life runs out – no one can kill me but Allah … I will never stop my profession while I am still alive. Now, I am a player, but even if I retire I hope to be a coach – I will stop basketball only when I perish,” Ms. Jama recently told InterPress Service (

Ms. Jama’s deputy, Aisha Mohammed, whose mother once played for the national team, has two strikes against her. Not only is she a woman athlete, but she plays for the Somali military women’s basketball team.

Ms. Mohammed, according to IPS, quotes the Shabab as telling her: “You are twice guilty. First, you are a woman and you are playing sports, which the Islamic rule has banned. Second, you are representing the military club who are puppets for the infidels. So we are targeting you wherever you are.”

In a feisty retort, Ms. Mohammed asserts that “I am a human being and I fear, but I know that only Allah can kill me.”

Together with the national soccer team, Ms. Jama and Ms. Mohammed’s basketball team trains behind the bullet-ridden walls surrounding the Somali police academy. Dressed in loose fitting tracksuits, T-shirts and headscarves, women players sprint across the court in the presence of hundreds of policemen. They leave the academy covered to return home from training as a safety measure.

Somali Basketball Federation deputy secretary general Abdi Abdulle Ahmed told IPS that some women had left the national team as a result of the Al Shabab threats. Sport executives estimate that some 200 women stopped playing basketball when the initial 2006 ban was announced.

Somali Basketball Federation president Hussein Ibrahim Ali argues that his national women’s team plays for much more than a trophy when it competes internationally.
“The world knows that Somalia has undergone hardships. When our women play internationally, it is  great publicity for the whole country and, in particular, for the basketball federation,” Mr Ali said.

James M. Dorsey is a senior fellow at the S. Rajaratnam School of International Studies at Singapore’s Nanyang Technological University and the author of the blog, The Turbulent World of Middle East Soccer.