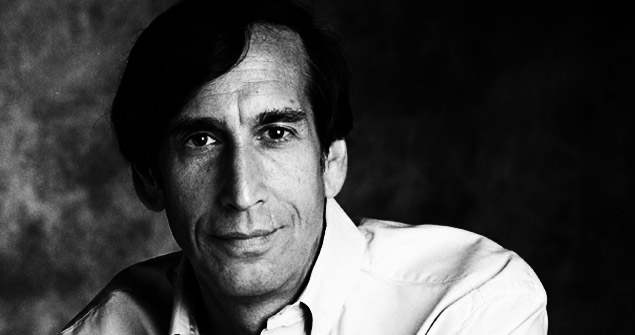 Aaron David Miller predicts that there will be neither an agreement nor an attack on Iran in 2012.  Instead he sees a “peace process” which will create an illusion of progress then end badly.  In 2013, with the failure of negotiations, we could see a war, unless there is an “unexpected breakthrough.”

Does this dire forecast sound familiar?  In 2000, Miller was part of the group led by Dennis Ross, who met its final ignominious defeat by midwifing Ehud Barak’s “generous offer” at the Clinton Camp David summit.  The failure of that negotiation led to the violence of the Second Intifada.  Today, Miller and his colleagues are derisively called “peace processors.”  Now, he uses the term “peace process” to mean a tactic that can delay war, but not resolve conflict.

Despite his past failures in diplomacy, Miller can usually be relied upon for original and provocative analysis.  His CNN opinion piece titled, “A lull in the drift toward war with Iran” is no exception.  For Miller, the conflict with the present Iranian government defies solution since it is more about hegemony than nuclear weapons.

Miller views the Iran negotiations or “peace process” as quickly reaching an impasse.

The only problem with this approach [continued negotiations] is that its chances of success are dubious. In coming weeks and months, the negotiating process may well produce limited understandings. But it’s hard to see how these will turn into a sustainable deal that can convince the West, let alone the Israelis, that Iran has given up its quest for nukes.

Yes, Miller believes Iran will never relinquish its quest to achieve nuclear capability, but not because it wants to attack Israel.  I find this pessimism a bit odd from a career diplomat, especially since we know so little about the extent of the Iranian nuclear weapons program, past, present and future.

Iran wants a nuclear capacity. Outside of the five permanent members of the U.N. Security Council, four nations possess nukes: Israel, India, Pakistan and North Korea. All are fundamentally insecure and perceive nukes as a core advantage in their security and foreign policy theology.

Iran is insecure, but it believes it is profoundly entitled. This mix of vulnerability and grandiosity is a bad combination. The Iranian regime wants the bomb, not primarily to have the option of attacking Israel, a possible fringe benefit, but as a hedge against regime change and as a prestige weapon in its quest for regional power and influence. Had the Shah not been turned out by the 1979 revolution, Iran would already have nukes.

Iran fashions itself a great power, and great powers believe they need the ultimate weapon. Iran’s nuclear program is too advanced, too entrenched, too redundant and too secretive to be stopped permanently, even by military attack. To do so, you’d need to change the regime.

The flip side of Iranian insecurity and hegemonic aspirations are the very real threats it faces from the U.S.

America wants an end to its [Iran’s] repression and brutality, freedom for the Iranian people and Iran’s regional ambitions curtailed.

There’s almost no issue on which Washington and Tehran agree, from support for Hamas and Hezbollah, to backing the Assads, to Iranian terrorism, to support for Shia insurgents, to Iraq and to Israel and the Palestinians. Given the level of suspicion and mistrust, the odds of finding a sustainable modus vivendi soon, particularly against the backdrop of the regime change issue, are slim to none.

As long as the regime is convinced that America wants it replaced and Iran’s regional ambitions muzzled, Iran will continue its quest for nukes. Indeed, the nuclear issue can’t be separated from the issue of regime insecurity. It’s emblematic of Iran’s hopes and fears.

Finally, you have to talk about Israel and its influence on sanctions and its much threatened military option.  I think Miller lets Israel off the hook way too easily, since he writes only about U.S. hegemonic goals and ignores Israel’s.  However, when you realize that Yitzhak Rabin was a familiar guest in Miller’s Zionist Cleveland  home when he was a child, this is not surprising.

Israeli hopes and fears factor centrally into the equation too. We wouldn’t have the tough sanctions we do if it weren’t for President Obama’s and the Europeans’ fear of an Israeli strike.

But the Iranian regime won’t stop, and will inch closer to a breakout capacity to produce a weapon. And the Israelis will then have to decide whether to launch a military strike or bring enough pressure on the Obama administration to do so, even if it only means a setback of a year or two [in Iran’s nuclear program].