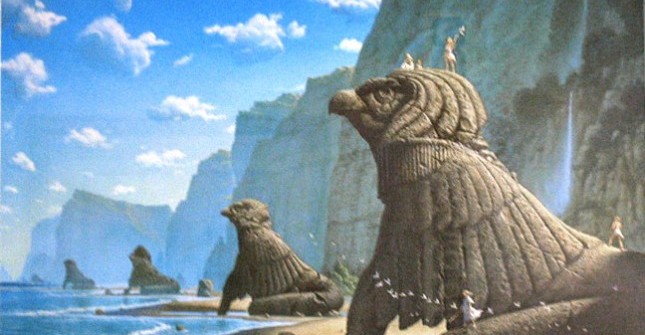 Asharq Alawsat runs a somewhat peculiar essay (one of a three-part series) on the Arab novel in the West. This essay focuses on how Americans approach the topic. Part one is pan-European; part two, French.

I say peculiar because it is remarkably simplistic but also misses a very simple factor. The American expert consulted for the piece — Elliott Colla, from Georgetown University’s Center for Contemporary Arabic Studies — argues that American isolationism plays a large role in the lack of appreciation for Arab novels. He throws in a bit of Marxist analysis of the American publishing business, and notes that Americans like to find themselves in foreign novels.

What he appears to miss entirely is the subject of accessibility. Perhaps as a result of isolationism, American readers have a hard time engaging in the utterly strange. When they do want that, there’re a genre, Science Fiction, that fills the void. To be dropped into a strange milieu, one with strange customs and behavior; one with unstated social, religious, and political conventions; one with a particular parsing of history, is to be cast adrift in a stormy sea. Those conventions are understood by the Arabic reader. They are opaque to the American reader. Arabic culture is very different from American culture and it takes some learning of it before one can begin to understand it, never mind enjoy reading about it.

That said, certain Arab writers have found some success in America. Naguib Mahfouz, winner of the Nobel Prize for Literature, is accessible for the most part. His stories of the life of simple people in the warrens of Cairo are understandable by all. Tayib Saleh, the Sudanese author, again relied on universal simplicity — though a bit more culturally complex — to make his writing accessible. But when Arab novelists use their writings as roman à clef, disguised writing to implicate current politics, politicians, social and religious issue (as they so often do), they become impenetrable to those outside the culture. Again, Science Fiction is easier to get a handle on, even if the protagonists are alien beings from a different planet.

London, Asharq Al-Awsat—It is hardly a stretch to say that over the last dozen years, Americans have had a tense and complicated relationship with Arabs and the Middle East. This has undoubtedly impacted the availability and popularity of Arabic novels in the United States. But Elliott Colla, an associate professor of Arabic and Islamic studies at Georgetown University and translator of Arabic novels including Ibrahim Aslan’s The Heron, and Idris Ali’s Poor English, goes further. Speaking exclusively to Asharq Al-Awsat, he explains that Americans generally seek out literature that is written from an American viewpoint and that expresses particular narratives:

“The first thing to know about American readers is that for the most part, they are not looking at Arabic novels. American audiences are famous for their indifference toward literature that was not written in English. About 2 percent of the titles published in the US are translated from other languages. And only 2 percent of this tiny number come from Arabic. Which is to say, for every ten thousand books published in English, about four were translated from Arabic. Unlike so many other literary cultures—like Spanish or French or Arabic—where translated titles routinely make a major impact in terms of sensibility and style, Americans basically read only themselves. So, in this sense, Americans really are exceptional—not that isolation is something to brag about.