What Is the Point of the Palestinian Authority? 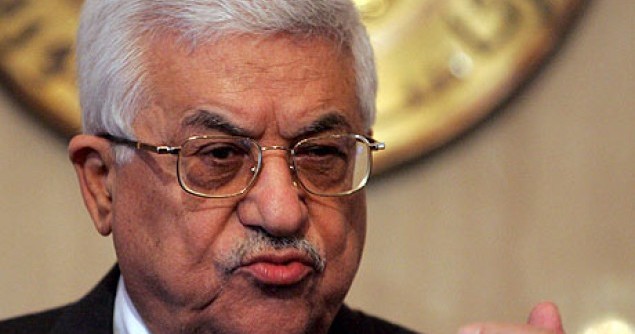 Last month, large protests swept through major cities in the West Bank. In some places the demonstrations escalated into destruction of public property and a display of anarchy, while in others they were calm and collected. Peaceful or otherwise, the various demonstrations shared a common grievance: the economic policies of Prime Minister Salam Fayyad, recently highlighted after price hikes on main consumer items such as fuel and flour.

Clearly the PA has reached a point where in order to survive and be effective it must rethink the strategy it has used until now. It has been 19 years since the Oslo Accord, the 1993 agreement between Israel and the Palestinian Liberation Organization (PLO) which laid out the terms for Palestinian self-government in the West Bank and Gaza, was signed; still, we, as Palestinians, do not have our own independent state. Perhaps it is time the PA considers abandoning these agreements and replacing them with an official policy of non-violent action against the Israeli occupation of the West Bank and Gaza.

The recent protests in the West Bank are an opportunity for the PA to rebuild its crumbling credibility with the Palestinian people. This lack of credibility was on full display in Nablus and Hebron where protestors aggressively called for the resignation of President Mahmoud Abbas and Prime Minister Fayyad, and the dismantling of the PA completely, while in Ramallah non-violent marchers called for an overhaul of the Palestinian Authority’s economic and political policies.

I took part in a peaceful demonstration organised by the Palestine Youth Parliament in Ramallah. Our political message was a complex one. Members of the Youth Parliament did not blame solely the PA for the current economic problems, but also the Israeli Occupation. Demonstrators called for the cancellation of the Olso Accords and particularly the Paris Protocol, which set the terms for the current economic relationship between Israel and the Palestinian Authority. Published as an annex to the Olso Accords, it gave Israel control of the Palestinians’ external trade as well as tax collection.

This was not the grand future we envisioned when we supported the establishment of the PA almost 20 years ago. This should not have been the result of years of efforts to build up the institutions of a state. The PA is now facing a crossroads. Either it admits that it has failed to deliver independence based on a two-state solution with Israel and is dismantled, or it changes its thinking and strategy.

In my opinion the PA is not moribund. It can still make a difference. It should continue to pursue the state-building project that it began in 2006, but at the same time lead a non-violent resistance to the Occupation as official policy.

Up until today the non-violent movement in Palestine has been sporadic by nature – sometimes a top-down campaign, sometimes a grassroots swell. It is time for the PA to take up the non-violent struggle as an official means of putting pressure on Israel to agree to a two-state solution based on the 1967 borders with East Jerusalem as its capital.

For example, the PA, with the help of the PLO, could organise mass civil disobedience actions against Israel’s occupation. With a million employees, the PA would not find it hard to ensure mass participation in these actions.

Many young people, like me, feel that a non-violent struggle is the only remaining tool in the shed. There are 4 million Palestinians in the West Bank and Gaza, and 77 per cent of them are under the age of 35. We have the resources to sustain an effective non-violent protest movement to show the world that we are serious and worthy of an independent, democratic state of our own.

The Palestinian people should not be calling for the PA to be dismantled. The alternative is worse. Let the PA show that it has its ear to the street, and let it take the lead in a non-violent struggle for independence.

Dawoud Abu Lebdeh is a Palestinian living in East Jerusalem. He is currently an MA student for Political Science and Middle Eastern Studies at the Hebrew University of Jerusalem.