Time for Muslims to Re-Discover their Voices 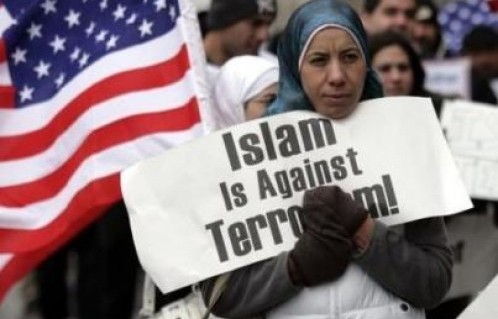 The last ten years have been marked by the events of 9/11, which Osama bin Laden set in motion. The next ten years, however, need not be lived in his shadow.

Bin Laden’s death, like his life, is already proving controversial. World leaders have been quick to laud his demise as well as remind and assure their people that the fight against terrorism does not end with one man’s death. The speed with which bin Laden was buried, and the fact that US President Barack Obama’s administration has decided not to release photographs, has led some to doubt whether or not he was actually killed. Scepticism has come from all corners: from the United States, Europe, the Muslim world, and from the Taliban in Afghanistan.

In Muslim-majority countries, many see this as a natural result of the suspicion with which American involvement in the Middle East and South Asia is often viewed, especially because of the US wars in Iraq and Afghanistan. Shadi Hamid, Director of Research at the Brookings Center in Doha, Qatar, told The Wall Street Journal: “It’s not so much about bin Laden as it is about the United States. The United States has provided its narrative to the world – and the natural reaction of many people is to cast doubt on whatever the United States says.”

Imam Khalid Latif, Muslim Chaplain at New York University, took a different approach, focusing not on debates around bin Laden’s death but instead on what the future might hold, saying: “I hope some ease comes to the hearts of each and every person who lost someone on [September 11th] – and that together we can begin a process toward healing and reconcilement that our city and nation need.”

How close are we to beginning that process?

Some Americans, mostly young people, gathered at Ground Zero and Times Square in New York, and in front of the White House on 1 May, after Obama addressed the nation in a live broadcast, to cheer and celebrate bin Laden’s death in a manner that made many uncomfortable. Mona Eltahawy, a commentator on Arab issues, was at Ground Zero on Monday and felt that the “frat boy” chants did little to dignify those who lost their lives on 9/11.

Recalling the uprisings across the Middle East, Eltahawy says, “I’m not hearing sympathy for bin Laden from Muslims and Arabs I know. They’re relieved he’s finally gone. But they’re understandably concerned that media obsession will let him hijack these noble revolutions. One man has been killed; dozens courageously staring down despots are slaughtered every day.”

In some ways, bin Laden’s most profound legacy has been the resulting suspicion with which many Americans have come to view their neighbours, and entire regions and religions; and the same suspicion also colours many Muslim and Arab eyes when looking at America.

And that is something we can change.

What I’ve heard from many Muslim, Arab and South Asian friends is anger that bin Laden in effect took away their right to be treated as individuals, restricted their movement, stole their voices, and associated them with acts they neither committed nor condoned. While there are, of course, people who sympathise with bin Laden and see him a symbol against Western imperialism, they are a small minority.

Perhaps our biggest take-away from bin Laden’s death should be his increasing “irrelevance” as journalist Robert Fisk, who interviewed the Al Qaeda leader on three occasions, puts it. If the last ten years have been largely defined by terror and fear, it’s fitting that they come to an end now with the rebirth of democracy in the Middle East and North Africa. Let the next ten years be defined by the kind of positive populist expression we’ve seen in Egypt and Tunisia, where ordinary people have made and continue to make their voices heard.

Although terrorism will obviously not end with bin Laden’s death, this moment can be a chance to turn the corner and a remarkable opportunity for dialogue. American ignorance of South Asia, the Middle East and Islam has coloured and hampered our engagements with the Muslim world.

Going forward, there is a wide array of voices to be heard. People are speaking. Who will listen?

Sydney Smith is Communications Associate at the international conflict transformation organisation Search for Common Ground. This article was written for the Common Ground News Service (CGNews).