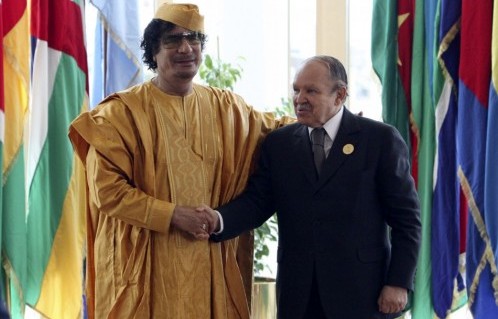 At the moment, with much incomplete information, it is important to consider Algeria’s conduct during the Libyan crisis at two levels: (1) the strategic and motivational level; and (2) the operational and practical level. This is to say: why would or why did the Algerians provide support to Qadhafi during the conflict at the structural, political, economic or cultural levels — and whether any such “support” was official and formal or unofficial and informal or a mix of both — and then consider the means by which they did this (if indeed they did do this) from within the network of elites and institutions in the country’s diplomatic, military, intelligence, criminal and other informal circles.

The Algerian role during the Libyan crisis has not received heavy attention from those outside of the conflict or the politics around it. It is likely that the subject will receive increasing attention in Algerian, Libyan and pan-Arab media and that much of this will be conveyed to the liking of the handlers of the information rather than the raw and dry facts themselves. Once more information is available and some time has passed it may be possible to form a really informed and worthwhile analysis independent of political interests and popular sentiments. The questions below attempt to help direct an analysis of the situation from the standpoint of an outside observer. At this stage, though, one can only wonder and postulate about the various elements involved in this extremely complex problem. There are so many questions and means of asking about them: let us count the ways. There are plenty more, for sure.

At the second level, he would consider: