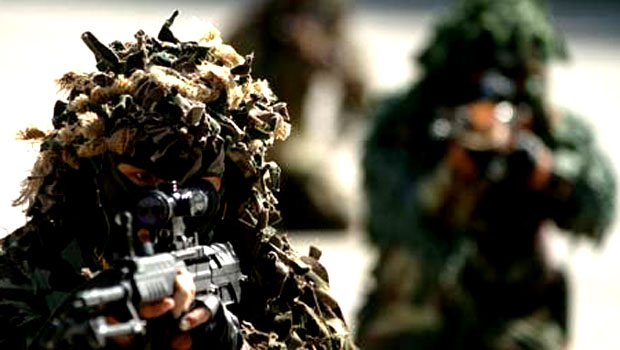 The headline came as no shock. Jordan is the fifth most militarized nation in the world according to the 2010 BICC Global Military Index. Only Israel, Singapore, Syria and Russia are ahead of the Kingdom. The index measures various elements, including comparing military expenditure with the country’s GDP, as well as its health expenditure, in addition to comparing the number of military forces from the total population, and the ratio of the number of heavy weapons available to the overall population. Let’s look at the numbers.

A brief look at the ranking table that compares the country’s ranking over the span of the last two decades, a few things are discernable. In 1990, Jordan’s placed 6th in the index, and over the next decade or so, saw a substantial fall in its rank. For instance, in 1992, Jordan dropped to 12th, and continued to do so until its lowest point in 2002, where it was ranked 24th. Based on the table, one can see a turnaround in the expenditure around 2003, where it suddenly ranked 20th. Between 2003 and 2008, a period considered by many to be an “economic boom” for Jordan and by 2008, and running parallel to the war on Iraq, Jordan went from the 20th to the 4th most militarized nation in the world. Even during 2009, when most countries around the world, including Jordan, struggled to recover from the global financial crisis, the Kingdom ranked 5th, and had managed to hold that position as of 2010. 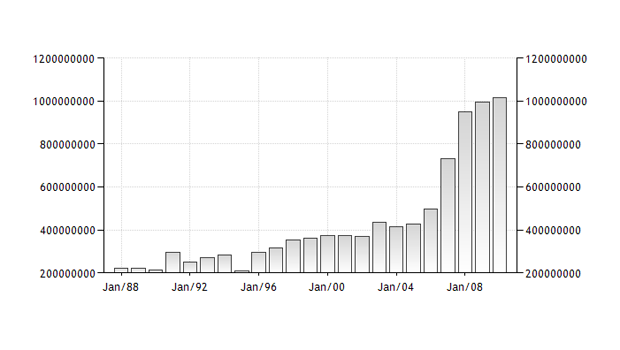 Which the World Bank defines as:

Military expenditures data from SIPRI are derived from the NATO definition, which includes all current and capital expenditures on the armed forces, including peacekeeping forces; defense ministries and other government agencies engaged in defense projects; paramilitary forces, if these are judged to be trained and equipped for military operations; and military space activities. Such expenditures include military and civil personnel, including retirement pensions of military personnel and social services for personnel; operation and maintenance; procurement; military research and development; and military aid (in the military expenditures of the donor country). Excluded are civil defense and current expenditures for previous military activities, such as for veterans’ benefits, demobilization, conversion, and destruction of weapons. [source]

When it comes to total expenditure, military expenditure represented 19.59% in 2009 (as a percentage of the government’s total expenditure), compared to 19.43% in 2008. This expenditures supposedly excludes what the government pays to veterans (many of whom serve an average of 15 years before retiring), or the civil defense. When it comes to GDP, the World Bank puts military expenditure at 10% in 1991 at the country’s peak, 4.45% in 1995 as the lowest point, and a steady increase since then with a high of 6% in 2000, and a recent 5.5% as of 2009. 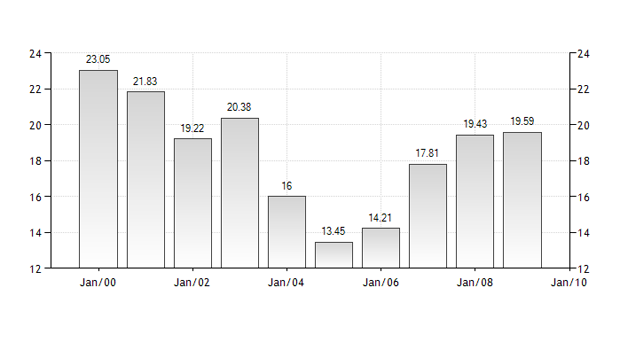 In other words, overall military expenditure has increased, specifically in the past decade, representing about one-fourth of the entire state budget. The decrease in its percentage of the GDP can, in my opinion, probably be explained to the fact that Jordan’s GDP increased from $6 billion to $25 billion, between 1995 and 2009.

I thought this substantial increase, to say nothing of such a prominent global ranking, quite fascinating. The military expenditure has always been a tricky issue to tackle. The media generally stays away from it, which is why I’m surprised the Jordan Times even picked up that story. But generally speaking, it’s not an issue many like to explore as it tends to inspire a bit of fear given that the entire security apparatus (especially the intelligence department) is a black hole when it comes to information. There’s also fact that so many families are connected to the military, and that it is traditionally tied to nationalism and thus to question anything about it, especially in these sensitive times, would be to question a higher authority. Jordan is of course not alone in this, as most countries have, at one point or another, experienced such an environment of infallibility when it comes to the armed forces, especially during times of war (e.g. US during the initial Iraq invasion). However, regardless of this canonization, it is a topic that begs to be discussed, especially given the massive impact of the security apparatus, and specifically the army. Access to information would be very useful here, given the fact that a country of this size, with few natural resources, high levels of poverty and unemployment, is spending so much on the military – the question of ‘why?’ stands to be asked.

This is not necessarily a complete waste of money, nor is my intent here to paint such a picture. What I am particularly interested in is where the money goes, and why. What kind of model is set up to ensure that the such expenditure is justifiable, especially in the economic climate we reside in? Some have pointed to the military as being a mass employment center for Jordanians,  with some numbers that have passed me by suggesting expenditure on salaries being as high as 85% – which would be in tune with public sector spending in general (roughly 90%). Jordan has around 100,000 active military personnel and nearly 65,000 active reserve. How many families that represents is debatable, but applying the average Jordanian household size of 5.4 you end up with roughly 891,000 – which might put us in the ballpark of understanding the size and impact of the armed forces within the larger society, i.e. how many depend on it either as an active salary, a pension or as a source of health care and social security. Other perks have also included housing, as well as securing seats in public universities for the children of ranking military personnel. In other words, the biggest focus of the military these days seems to be with raising wages periodically, especially in the past year, while securing benefits. When it comes to health insurance, nearly half of all insured Jordanians are military. Even the pay raises, a recent one being 20JDs, are quite little given the expansive nature of the army, stretching even foreign aid donations (in the hundreds of millions) fairly thin.

Understanding where the funding is allocated is key here. In other words, it shouldn’t just be about the expansion of this sector as a mere employment machine. And despite the purchase of arms, the sale of old ones, and the granting of others – spending money on the military can actually have a unique return on investment rather than be typically viewed as a drain that simply employs people. There seemed to be an effort, mainly lead by the King, to do something similar in Jordan during the early part of the past decade, but many of those efforts have seen limited positive results, and the hype they once enjoyed has now faded entirely, including the likes of KADDB and the DIP fund, whose offices now overlook the manmade cavity that is their finest real estate misadventure in Amman, the Living Wall. Even utilizing the armed forces as an investment partner in various private sector entities does not seem to have done much other than dancing between a very thin ethical, if not constitutional, line.

Israel has provided an interesting model for military expenditure, and putting aside the fact that it manages to secure a seemingly endless amount of foreign funding for it, it does seem to put money in the right places. Investing substantially in research and development to yield industries in the information technology, manufacturing and engineering sectors that manage to spin off and actually contribute to the GDP, to say nothing of mandatory military service that manages to train people in technical and vocational skills, which Jordan has struggled to do in recent years. All in all, the military does seem to produce a more sustainable workforce in the long run as you end up with a pool of labor that emerges from the army either trained in a skill that they are ready to specialize in, or at least a pool of students who head off to university with a better and more mature understanding of what they aim to study academically. In short, while Israel is by far the biggest military spender, it tends to put money in the right places, and the system it has in place seems to ensure a more sustainable return on investment. This is obviously done as part of a larger strategy that spans decades as opposed year-on-year expenditures, for even today Israel spends much of its budget on salaries and personnel related expenses. But then again, the entire nation is trained and armed.

When it comes to Jordan, there seems to be the absence of an underlying strategy whereby the armed forces is recognized as an integral arm for development and contributor to the GDP that it could be. If there is a strategy, then it seems to have fallen by the wayside. Again, we don’t really know. With so many people connected to it, the entity is already an intricate part of the social fabric. The economic opportunities and potential it may present must expand beyond the borders of an unsustainable mass employment machine. This naturally requires more than just knowing what the real numbers are, but where they’re being allocated, and more importantly, why.

However, tackling this would require the willingness to have a conversation that is based on economics as opposed to nationalism. And these days, it seems the latter often overshadows the former.