Give the social media toddler a chance, Mr Gladwell! 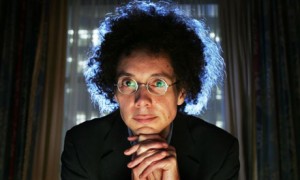 So the controversialist is at it again.  Malcolm Gladwell has shoved a stick into the social media hornet’s nest  and given it a good shake.  In his recently published article in The New Yorker, Gladwell has a pop at social media’s power to effect change in the real world and questions the impact of Twitter and Facebook during the social upheaval in Iran and Moldova.

It’s the classic Gladwell confection – a contrary point of view, supported by well-chosen examples, leavened by a breezy, clever and entertaining writing style.

The hornets have emerged from the nest in uncompromising mood – ‘what about Obama?’ they say. He wouldn’t have been elected President if it hadn’t been for social media.  And China – the world would never have heard of Lie Xiaobo, the leading author and dissident, if it hadn’t been for Twitter and Facebook.  Much heat but little light has been generated by the row – ‘you’re not nearly as important as you think you are’ is effectively the slight that Gladwell is directing at the social media community, ‘oh yes we are’ is the response.

As someone who’s been involved in the communications industry for more than 20 years I was blown away by the power of Twitter as a communication vehicle following my introduction to it almost two years ago.  I was faced with managing a crisis situation and what became clear was that debate and opinion could change at an unprecedented pace given the simplicity, flexibility and ease of use of this new medium.  It’s a lesson that has been learned by a lot of organizations and individuals over the past couple of years including a very painful experience for BP which had its official twitter feed copied and lampooned during the Gulf of Mexico disaster.

YouTube is an invaluable tool in my day to day work and a great source of cute animals doing sickeningly cute things for my family. Facebook I have an issue with and it’s the ‘P’ word.  Whenever I have genuine friends or family try to persuade me to join up I paint for them a hypothetical situation.  Imagine if the Government sends you an email telling you that you need to post private details about yourself, your thoughts, moods, likes, dislikes, where you’ve been, when you’ve been there and for how long, photos of yourself in less than flattering situations.  So there it is – you’re life laid bare on this hypothetical site, let’s call it GovBook, and they can do with this information what they will. How would you react to such an instruction?

LinkedIn is another matter though – no details about who I like or dislike, no inappropriate photos, no dull updates – just enough information about my professional background as I feel comfortable sharing with the world at large.

What is clear, though, is that social media is just that, it’s ‘media’ – it provides me with an opportunity to communicate and to see the world in ways which were not possible (or even imaginable) ten years ago.  As Jorn Lyseggen, chief executive of Meltwater Group, an online media monitoring company said recently:  “Social media is like a toddler, but nobody yet knows what promise that toddler holds,” he says.

So maybe it’s time to ‘spare the rod’, Mr Gladwell, and give the toddler a little time.