What Kind of Leader Do Young Arabs Want? 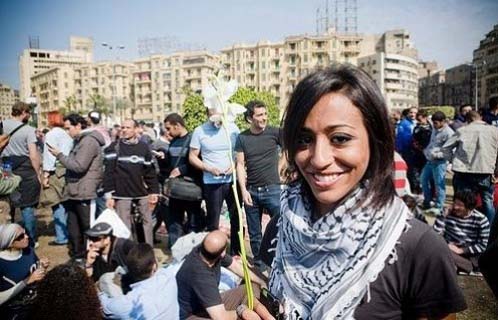 Osama bin Laden is dead. Bogeyman of western nightmares, and a figure of revulsion for many Muslims, his death brought to a close the ghoulish and virtual reign of an icon – loathed and despised, but an icon nonetheless – of leadership.

This is not to say he was a leader to be emulated, simply that he held a degree of influence. Witness the Royal Islamic Strategic Studies Centre based in Jordan, which placed him on its list of 500 Most Influential Muslims under the category “Radicals”.

His death came during sweeping changes in the Middle East. Bin Laden wanted these populations to rise up under his charge against the West, but they did it without him. Mubarak is gone. Ben Ali, too. Qaddafi fights for survival. The Arab people didn’t want them, and they didn’t want bin Laden, his philosophy consigned to a compound in Pakistan, his influence diminishing, his ideology rejected by the very people he sought to lead and who on the streets wanted the very democracy he reviled.

But what kind of leadership do Arabs, particularly young Arabs, actually want?

The urge for “participation and representation in the political life of their country of residence” remains a “priority” for young Arabs, according to Asda’a Burson Marsteller’s survey of 2,500 Arab youths in 10 countries, conducted during the recent events. “Arab youth have a deep and enduring desire for democracy” was one of their conclusions, obvious in light of events.

This change is self-driven. The youth are resigned to the fact that their current – and outgoing – leaders do nothing for them. Few bother to voice their opinions to public officials, according to the fourth Silatech Index “Voices of Young Arabs”, published in March, of 20 countries and 36,000 people and produced jointly by the Gallup Centre for Muslim Studies and Silatech, a social enterprise addressing opportunities for young Arabs. They are not convinced their leaders are maximising the potential of young people. Instead, they wish to determine their own lives. This trend is clear in Egypt, Iraq, Jordan, Syria, Lebanon and Morocco.

OgilvyNoor, the Islamic branding and marketing consultancy division of the Ogilvy & Mather advertising firm, calls the movers and shakers of the current changes “futurists”, who are “fearless” and “vocal in their beliefs”.

“Their worldview is fundamentally meritocratic, backed by their faith in Islam’s principles of equal brotherhood. Authority is not solely top-down any more. It must make room for equal dialogue,” writes Nazia Hussain, head of strategy for the unit.

It is worth noting that the drive for self-determination, the desire for democracy and the demand that leaders should engage in dialogue are derived from Islam. Additionally, 70 per cent of “futurists” are extremely proud to be Muslim, according to OgilvyNoor’s research.

These young people have come of age in the shadow of September 11 and Osama bin Laden. The war on terrorism offered them two mutually exclusive choices: western democracy or bin Laden’s toxic leadership. They have rejected this bipolar caricature, instead creating their own models of leadership for their future: a future that takes pride in both Islam and democracy, a future fuelled by their belief that change is up to them, a future they can and will make happen.