The Laws to ‘Hit Hate’ Are There. Enforcement Please. 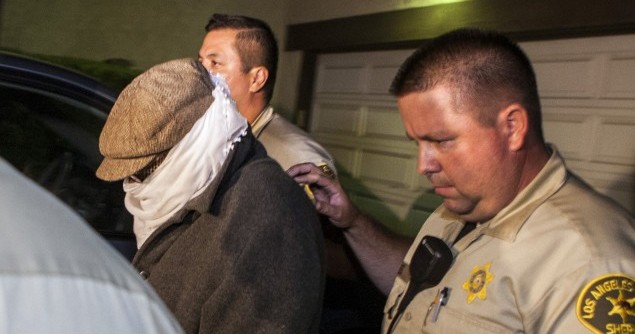 It was a casual conversation that ended ugly, but John Galliano paid the price for his intemperance and bigotry due to France’s hate speech laws. President François Hollande also stripped Galliano of his Légion d’Honneur award following his conviction for “public insults based on origin, religious affiliation, race or ethnicity.”

Ten percent of France’s population is Muslim, yet bigoted comments from print publications, media outlets and even politicians run rampant with the sole intention of abusing Muslims. Extremist American and European writers and politicians claim they are simply exercising their right to free speech. In reality they hide behind free speech protections to voice hatred.

This week the French weekly Charlie Hebdo, on the heels of the release of that anti-Islam film “Innocence of Muslims,” published new cartoons of the Prophet Muhammad that even to an atheist is insulting. Defended by Charlie Hebdo editors as satire, the cartoons badly miss the mark and border on the repulsive. This new round of cartoons only serve to heighten tensions between Muslims and non-Muslims.

So how did it come that bigots face prosecution for directing hate speech toward Jews, but not Muslims?

France’s hate speech laws have been on the books since 1881, but the courts more often than not rule against religious organizations no matter what the affiliation.

And to be fair, Christian groups in France have lost more civil and criminal hate cases than any other religion. The courts refused to ban “The Last Temptation of the Christ” in 1988. The courts also refused a request by Christian groups to remove a movie poster for the 1996 film “The People Vs. Larry Flynt” for its sexually suggestive imagery mixed with Christian icons. In 2005, the courts denied a request to remove a fashion clothing billboard depicting female models and a shirtless man in a scene from The Last Supper.

Likewise, French courts refused to ban Salman Rushdie’s “The Satanic Versus” in 1989. The courts acquitted Charlie Hebdo’s editor in 2006 on charges of maligning Islam by republishing the Danish cartoons depicting the Prophet. The court ruled that the cartoons were directed at fundamentalists and terrorists and not the entire Muslim community.

Yet in 2008, a court convicted France’s most beloved actress, Brigitte Bardot, for inciting racial and religious hatred against Muslims. She had complained in a letter made public that Muslims are destroying the country.

The Muslim question, if you want to call it that, is relatively new, having arisen in the past 20 years with the rising number of immigrants coinciding with the mainstreaming of the right-wing lunatic fringe into European and American politics and media. These secular and religious extremist groups demand that free speech protections be exported worldwide without respect to the sensibilities of other religious organizations, whether Christian, Jewish or Muslim.

The argument from the West is that a religion targeted for satire should be strong enough to take ridicule. More important, the attacks should not be taken personally. Since many Christian branches made a pact with governments centuries ago to separate church and state, Westerners generally view religion as private and at a distance.

As Stanley Fish put it in the New York Times recently, religion in secular countries is an “add-on” to personhood, much like a political party or sports team. There is no such division in Islam or Orthodox Judaism. Faith is not a part-time endeavor. The entire person-hood is faith. This is what distinguishes Muslims and Orthodox Jews from other religions. While there are a great many Muslims who may believe in secularism or are indifferent to the haters — after all, Islam is not the monolithic religion the media portray it to be — for the vast majority in the Middle East and South Asia denigration of their religion is indeed a personal insult.

If secular groups want to drag Jesus through the mud in the name of free speech, must Muslims accept this denigration? Of course not. Such depictions of Jesus, Muhammad or Abraham are unthinkable in the Muslim community.

While French hate speech laws seem toothless, success in the courts depend on how Western societies regard their minority populations. For now, the laws treat Islam pretty much the same way it does Christianity. However, organized advocacy among disparate religious groups will help the courts rethink their approach to hate speech cases.

I am not singling out France. I am holding it up as an example of how Western nations in good faith keep hate speech laws on the books but apply the law inconsistently. They have yet to reconcile such protections with the increasing prominence of hate groups that abuse that right. The line between free speech and hate is so fine that governments can’t confidently prosecute the latter because it may come at the expense of the former.

The United States is an entirely different matter, where the First Amendment is so highly regarded that it’s unlikely that lobbying to legislate hate speech will gain any traction.
Regardless of the path governments take to control hate speech, those who take offense to such things can take solace that thousands of insults have been hurled against the prophets and their religions still stand tall and sturdy as ever

2 Responses to The Laws to ‘Hit Hate’ Are There. Enforcement Please.