Should the British Be Sorry For Past Mistakes? 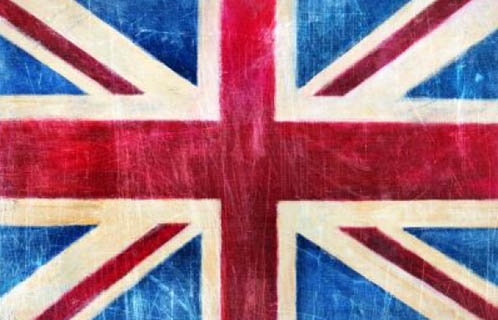 Apologies are a currency used for many purposes.

We apologise when strictly speaking there is no need to do so – when we get in someone’s way for a millisecond. We apologise as a rhetorical device: “excuse me? Just what do you think you’re doing?”. We apologise when we’ve transgressed, not because we’re sorry, but because there’s the chance we’ll escape punishment by doing so – though it didn’t work out that way for Wayne Rooney after he swore to camera during a recent Manchester United match.

And sometimes we apologise because we’re genuinely sorry for something we said, did, or didn’t do. The consequence of the genuine apology is often some form of reparation. A penance after confession, if you will. Or at least a change of attitude.

It’s striking that as individuals we go around apologising every day for big things and small, yet when we cease to be individuals and speak as representatives of groups of people, companies and governments, our instinct is to clam up.

Collectively, we often don’t say sorry because someone might sue us or not vote for us. Many of us live by the old dictum “never explain, never apologise”. We break that rule when it’s politically expedient, and usually when there’s no downside, or when there’s a substantial upside.

Some societies have a ritual for apology. In Japan, the depth of the bow is a deeply significant indicator of the level of contrition. Less often in modern Japan than in earlier times, when the deepest bow is not enough, the contrite resort to suicide.

The other day David Cameron, the British Prime Minister, was addressing an audience of students in Islamabad. He was asked how Britain could help to end the row over Kashmir.

“I don’t want to try to insert Britain in some leading role where, as with so many of the world’s problems, we are responsible for the issue in the first place,” The Daily Telegraph quoted Cameron as replying.

Strictly speaking his words do not constitute an apology – more a statement of history as he sees it. But the day after the PM’s speech, Peter Oborne, the Telegraph columnist, waded in with an attack on Cameron for even hinting at an apology. In his article, Sorry, but it’s not right to apologise, Oborne provided a number of reasons why politicians – and in this case Cameron – should not apologise for the past.

He considers that Cameron, rather than taking the blame on Britain’s behalf for the Kashmir stand-off, should be reminding Pakistan of all the good things that came to Pakistan from British rule: democracy, roads, irrigation systems, the English language and – wait for it –cricket!

He goes on to say that apologies for events in the distant past are meaningless, and worse, that they encourage a culture of victimhood.

He claims that Cameron is following in Tony Blair’s footsteps. Blair, he says “has little or no sense of British history and institutions. Two of Blair’s famous apologies were for the Irish famine in 1848, and Britain’s role in the slave trade. Oborne makes the point that we were the first major power to abolish slavery, and thereafter used our navy to pursue slave traders. He castigates Cameron for referring to our role in the Second World War as that of a junior partner, when we stood alone against Germany for two years.

He then takes a snide dig at Cameron’s and his Labour opposite number Ed Miliband’s Oxford education, describing their Philosphy, Politics and Economics degrees as “notorious for skimming the surface of understanding and historical knowledge” – as if a degree from Oxford twenty five years ago has any bearing on either leader’s fitness for office. Oborne is a Cambridge man, by the way.

He admits that our colonial record had some patchy moments, bemoans the tendency of modern politicians to come up with negative interpretations of our history, and argues that our role in many of the great events of the past hundred years has been peripheral, but by no means negative. He praises us for our stand against the Nazis, and for handing over our empire “with good natured and civilised ease”

And he finishes by saying that Cameron needs an urgent lesson in patriotism.

Ho hum. Peter Oborne is always good value, whether or not you agree with his views. He made friends among Muslims by claiming in a 2008 TV programme that British Muslims are being demonised. In 2009 he didn’t endear himself to the pro-Israel lobby in the UK by claiming that they exert an undue political influence on the British media and politicians, and that their sources of funding are opaque, to say the least – accusations more often levelled at their counterparts in the USA.

Although he writes for a newspaper that politically is to the right of centre, he is no Tory hack. But in his rationale for savaging Cameron, I don’t believe his arguments hold water, and I suspect that he is over-influenced by the Historian’s Union, who would prefer that our politicians left history to the historians. I suppose they would show some grudging respect to Churchill, who published a very successful History of the English Speaking Peoples, and even managed the feat without the benefit of a university degree!

Even If we accept  that there is no purpose in apologising for events of the distant past, I would argue that the Partition of 1948 is not that distant an event. For me, the issue is not that Cameron apologises – it’s that all the other short-sighted, bigoted, and negligent contributors to the plight of Pakistan in general, and Kashmir in particular, do not also apologise. Because if they did, there would be a far better chance of a peaceful future for the region. Politicians, particularly those who are personally and politically insecure, don’t do humility very well. A bit more of that precious quality in South Asia would go a long way.

As for Oborne’s comments on the slave trade, well yes, we did make it illegal in 1807, but not before we did jolly nicely out of it for a century and a half. Go to Bristol to see the prosperity that the sugar-slave trade business brought to that city. Or to Lancashire, where mill owners were still spinning cotton picked by slaves in America way after the abolition of slavery on our turf.

And whatever the complexities of the Irish potato famine, the fact remains that the warehouses of Dublin were stocked with foodstuffs destined for the British mainland while families were starving in Connemara and Kerry.

Oborne’s belief that apologising to Pakistanis and Kashmiris encourages a victim culture overstates the esteem in which British politicians are held in the region. I very much doubt that anyone who feels a victim will feel more so because our PM acknowledges a level of British responsibility for their troubles. After all, a speech is just a speech, and it probably passed the real victims by.

So I see no harm – and much to gain –  in apologising for the misdeeds of the past – and that includes events beyond our lifetimes. L P Hartley’s famous remark “the past is a different country: they did things differently there”, which Oborne quotes, though elegantly put, is wrong.

It’s not a different country for Shiites, for whom the death of the Imam Husayn at the Battle of Karbala fifteen hundred years ago still defines their faith and outlook on life. It’s not a different country for Christians who believe that two thousand years ago Jesus died for our sins. Nor is it so for conservative Sunnis who believe that we should live our lives by the example of the Prophet Mohammed, and by the culture and norms of Arabian society as was it in the Prophet’s time.  Or for Irish patriots both side of the loyalist-republican divide who still tell their children about the Battle of the Boyne in 1690.

The past adds meaning to the present. Apologies for the sins of the past do not make the present better unless they cause us to reappraise our attitudes about the world around us. Perhaps by a few less Asians being called “Pakis” in the streets of Bradford, by a few more cricket matches between India and Pakistan, a few less imams calling on the faithful to make war on the kuffar, and a few less attention-seeking bigots in Florida burning someone else’s holy book.

And apology should not be the preserve of politicians. No nation and no society has a past from which we can’t learn. Whether or not we know who they are, we as individuals all have ancestors of whose behaviour we have the right to disapprove. If by expressing disapproval of wrong-doings of the past we are saying that we will not condone such acts and omissions in the present,  then is that apology not worth making?

Finally, I would suggest to Peter Oborne that taking a balanced and impartial view of your country’s past doesn’t stop you being a patriot.