Palestinian Statehood and the UN Bid 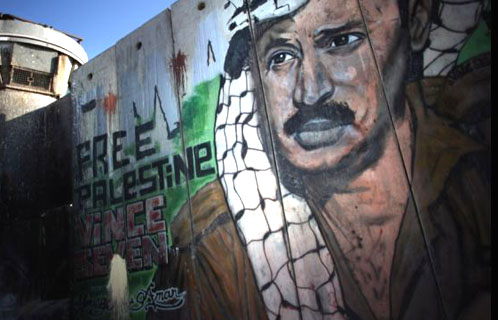 The extent that US and some European diplomats will go to prevent the Palestinian Authority from presenting a statehood resolution at the United Nations is astounding, although the motivation for their frantic efforts is not at all clear, especially in light of the slim chance of success.  However, the Israelis, according to a recent report in the Hebrew press, insist (probably disingenuously) that they are not overly troubled by the Palestinian UN resolution or the diplomatic fury it has caused.

Tony Blair, Dennis Ross, the new US envoy David Hale, and foreign minister of the EU Catherine Ashton, were in Jerusalem on Tuesday flailing around for some clever diplomatic formulation which would stop the Palestinians from submitting any proposal to the UN unless it is approved by the United States and Israel.  The officials spent long hours in meetings, made countless telephone calls and floated various proposals, all of which failed, although, most diplomats realize that the chances of finding a compromise acceptable to both Abbas and Netanyahu are very slight.

Barak Ravid, writing in the Hebrew edition of  Ha’aretz on September 15, provides an interesting glimpse of a proposal by Catherine Ashton that was presented to and rejected by Benjamin Netanyahu.  Ashton’s suggestion would have saved the Israelis from the possibility of being taken to the International Criminal Court, but required Bibi to support non-member state status at the UN for the Palestinians.

The article, which leads with Netanyahu’s dramatic announcement that he will travel to New York City in order to speak against the Palestinian statehood resolution at the United Nations, continues with a revealing description of last-minute efforts in Israel to reach a compromise before the UN vote.  The English version of the article does not include the second part of Ravid’s report which deals with the ongoing diplomacy.

Astoundingly, Israeli officials are quoted boasting that the Palestinian UN proposal is in trouble and it is the Israelis that are trying to get the Palestinians off the hook!!!  It is not clear from the syntax of the quote if in the Israeli view, the Americans are partners in rescuing the Palestinians or are also in need of Israeli assistance.   I would guess the former, but with this bunch of occupiers one does not know for sure.

The Foreign Minister of the European Union, Catherine Ashton, lengthened her visit to Israel yesterday in order to find a compromise formula.  Ashton met in the morning with Netanyahu, afterwards engaged in consultations with the Quartet envoy, Tony Blair, and spoke on the telephone with Abu Mazzen.  In the evening, Ashton went to the office of the Prime Minister Benjamin Netanyahu for the second time and gave him a long briefing.  According to officials from the office of the Prime Minister, “Ashton brought up a number of ideas and she told us what the Palestinians thought about them…. The Palestinians understand that they are in trouble and we are trying to bring them down from the tree along with the Americans.”