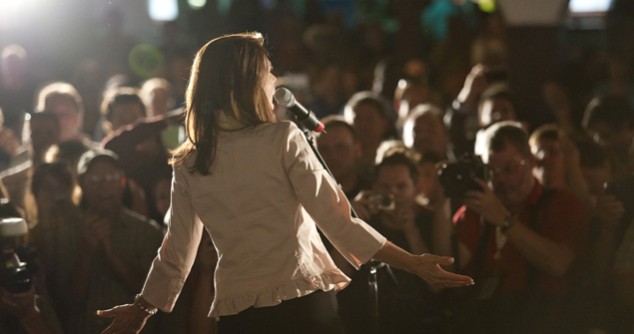 Michele Bachmann is flailing around accusing all the US government officials of Muslim heritage of being connected to the Muslim Brotherhood (which in turn she misunderstands as a radical group). Not only did she attack the aide to Hillary Clinton, Huma Abedin, but when Rep. Keith Ellison complained about her McCarthyite campaign, she launched the same accusation at him (Ellison is one of two Muslims in the Congress).

Bachmann’s bizarre behavior (there, I’ve been redundant) is alarming the Republican establishment. Even right wing poobah Mike Rogers (R-Michigan), head of the House intelligence committee, after initially supporting her, has backed away from Bachmann’s nuttiness, at least on this issue.

Given her own strong ties to the Iranian terrorist organization, the Mojahedin-e Khalq (MEK or People’s Holy Jihadis), Bachmann is in a weak position to accuse other people. The MEK was involved in taking US diplomats hostage, and then in the 1990s allied with Saddam Hussein. In fact, her colleagues in Congress should investigate if she has taken money from the MEK, or has given them material assistance. She is, I’ve argued much closer to the Muslim Brotherhood than the people she is accusing. It is extremely scary that this woman is on the House Intelligency Committee. She would even be in a position to share US intelligence with MEK terrorists.

Establishment Republicans are increasingly dissociating themselves from her just because they don’t want to be tarred by her brush. And, in general, you don’t want the Republican brand being dominated by Bachmann in an election year. But there is another consideration that may have them running from her.

Just as Arizona governor Jan Brewer’s campaign against Latinos has helped deprive GOP presidential candidate Mitt Romney of support in that community, Bachmann’s targeting of Muslim-Americans and, implicitly, Arab-Americans, could hurt Romney in those communities.

One of Romney’s strategies for winning enough votes in the electoral college to become president is to target the big Midwestern states of Michigan, Ohio, and Pennsylvania. Those three all have significant Arab-American and Muslim-American communities. The Arab-Americans in Michigan are often considered a swing vote, since the state is pretty evenly divided otherwise. They had tended to vote Republican in the 1990s, but George W. Bush’s wars in the Middle East and his alliance with the worst elements in the evangelical community and the right wing of the Israel lobby drove them into the arms of the Democrats. See this VOA report on how Arab-Americans (who include both Muslims and Christians) are trending Democrat

The Midwestern states could be close, and even small communities could turn the election to one side or another. Remember how Florida in 2000 hung on just a few hundred votes. Well, there are over 250,000 Arab-Americans in Florida. Probably at least half of them are Christians, but they can all tell when someone is prejudiced against their culture.

Florida has over 250,000 Arab-Americans now– enough to be a swing vote given how close Florida elections are: 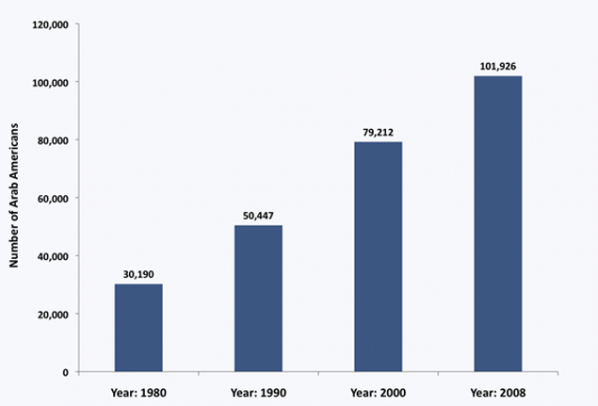 Muslim-Americans also have significant communities all through the swing states: 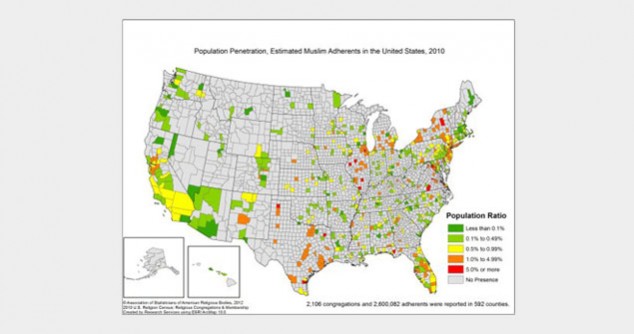 Everyone knows that Bachmann is a Republican and former primary candidate for the presidential nomination on that party ticket. Her antics may impress people in Anoka, MN (though how, I can’t imagine). But the Muslim-American and Arab-American voters are unlikely to be amused.