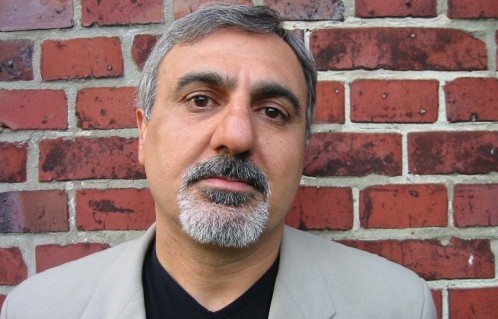 The new issue of World Literature Today is out (July/August 2011) and includes a feature titled “What to Read Now: 3 Books to Better Understand Iraq.”

I’m not entirely snorting at the idea; there’s a possibility, for instance, that we could put together a “3 Books to Better Understand America” list. I would include something by Jonathan Kozol. Philip Roth. And, just for fun, Miral al-Tahawy’s Brooklyn Heights.

But it’s unlikely that we’ll see a “3 Books” list about such a broad and complex idea as America. If we were to make up such a beast, the best we could hope for was that they’d be good books. Unfortunately, the books suggested on the WLT list don’t sound as though they’ll blow you away.

All this calls to mind Claudia Roth Pierpont’s 2010 essay about Arabic fiction in The New Yorker, which asserted, “Arabic novels offer a marvellous array of answers to questions we did not know we wanted to ask.”

Literature opens up new worlds, sure. But do I understand Italy better for having read Italo Calvino? Japan for my Haruki Murakami? Do I understand the contemporary sexual politics of Iceland because I’ve read so much Halldor Laxness?

Anyhow, I thought I’d contribute to the nonsense with three books that won’t help you understand Iraq.

An Iraqi in Paris, by Samuel Shimon, trans. Piers Amodia and Christina Phillips. This “autobiographical novel” is an enjoyable and fast-paced trip from Iraq to the streets of Paris and then back to the narrator’s childhood in Iraq. After reading it, you might have a stronger sympathy for what it feels like to be homeless in Paris, or a refugee picking his way through Arab countries, or boy with large dreams. But I’m fairly sure you won’t learn anything about Iraq. Oh, but it’s fun to read.

Basrayatha, by Muhammad Khudayyir, trans. William Hutchins. This fable-historical vision builds and unbuilds the city of Basra. As I said in an earlier review, “But just as Khudayyir does not present us with the pseudo-clarity of a CNN report, neither does he bring us a fuzzy, pre-invasion paradise. Basrayatha is nearer kin to Calvino’s Invisible Cities and Sebald’s Rings of Saturn.” So, while he presents some fascinating scenes of a city shifting through time, I don’t think you can apply your knowledge to contemporary agricultural policy.

Final Night, short stories by Buthaina al-Nasiri, trans. Denys Johnson-Davies. The best moments of Final Night have little to do with Iraq. This is understandable, as al-Nasiri has spent much of her life in Egypt. The best of Final Night is the book’s psychological portraits: relationships between animals and people, or people and people. The absence of setting and the “anywhere-feeling” of the stories is sometimes problematic, but I promise this is more likely to help you understand yourself than to understand Iraq.

I’m afraid Contemporary Iraqi Fiction (Syracuse, 2008; AUC, 2009), ed. Shakir Mustafa, might occasionally have a story or excerpt that sheds some light on something or other. But mostly it’s just good fiction. For instance, Samir Naqqash’s “Tantal.”

I’m also a fan of Sinan Antoon’s Ijaam, Fadhil al-Azzawi’s Last of the Angels, and Betool Khedairi’s Absent. While you might feel you are more knowledgeable about Iraq after reading them, I didn’t.