The Problem I Have With the Term ‘Islamism’ 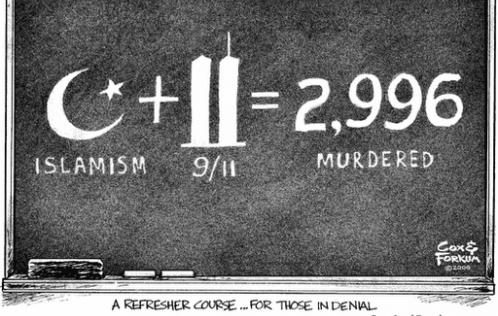 The Arab Spring has morphed into the pundits’ pandering about Islamism. An example, and there are many to choose from in the current political orgy of right-wing rhetoric, is in a New York Times op-ed by John M. Owen IV. It seems that when Muslims elect representatives who are Muslim they must be a new species called “Islamists.” Yes, throughout the Middle East, where the dominant religion happens to be Islam and there happen to be many forms of Islam, there is a strong interest in electing leaders who espouse religious values. In part this is due to decades of dictators who barely gave lip service to Islam and did all in their power to demonize those Muslims who opposed them. But just look at the current GOP field of candidates and tell me that voting on religious values is somehow unique to Muslims. Do read what Owens writes and then my reasons for being critical of this Islamist hunting…

EGYPT’S final round of parliamentary elections won’t end until next week, but the outcome is becoming clear. The Muslim Brotherhood will most likely win half the lower house of Parliament, and more extreme Islamists will occupy a quarter. Secular parties will be left with just 25 percent of the seats.

Islamism did not cause the Arab Spring. The region’s authoritarian governments had simply failed to deliver on their promises. Though Arab authoritarianism had a good run from the 1950s until the 1980s, economies eventually stagnated, debts mounted and growing, well-educated populations saw the prosperous egalitarian societies they had been promised receding over the horizon, aggrieving virtually everyone, secularists and Islamists alike.

The last few weeks, however, have confirmed that a revolution’s consequences need not follow from its causes. Rather than bringing secular revolutionaries to power, the Arab Spring is producing flowers of a decidedly Islamist hue. More unsettling to many, Islamists are winning fairly: religious parties are placing first in free, open elections in Tunisia, Morocco and Egypt. So why are so many Arabs voting for parties that seem politically regressive to Westerners?

The West’s own history furnishes an answer. From 1820 to 1850, Europe resembled today’s Arab world in two ways. Both regions experienced historic and seemingly contagious rebellions that swept from country to country. And in both cases, frustrated people in many nations with relatively little in common rallied around a single ideology — one not of their own making, but inherited from previous generations of radicals.

In 19th-century Europe, that ideology was liberalism. It emerged in the late 18th century from the American, Dutch, Polish and especially French revolutions. Whereas the chief political divide in society had long been between monarchs and aristocrats, the revolutions drew a new line between the “old regime” of monarchy, nobility and church, and the new commercial classes and small landholders. For the latter group, it was the old regime that produced the predatory taxes, bankrupt treasuries, corruption, perpetual wars and other pathologies that dragged down their societies. The liberal solution was to extend rights and liberties beyond the aristocracy, which had inherited them from the Middle Ages.

Suppressing liberalism became the chief aim of absolutist regimes in Austria, Russia and Prussia after they helped defeat France in 1815. Prince Klemens von Metternich, Austria’s powerful chancellor, claimed that “English principles” of liberty were foreign to the Continent. But networks of liberals — Italian carbonari, Freemasons, English Radicals — continued to operate underground, communicating across societies and providing a common language for dissent.

This helped lay the ideological groundwork for Spain’s liberal revolution in 1820. From there, revolts spread to Portugal, the Italian states of Naples and Piedmont, and Greece. News of the Spanish revolution even spurred the adoption of liberal constitutions in the nascent states of Gran Colombia, Argentina, Uruguay, Peru and Mexico. Despite their varied grievances, in each case liberalism served as a rallying point and political program on which the malcontents could agree.

A decade later, in July 1830, a revolution toppled France’s conservative Bourbon monarchy. Insurrection spread to Belgium, Switzerland, a number of German and Italian states and Poland. Once again, a variety of complaints were distilled into the rejection of the old regime and the acceptance of liberalism.

The revolutions of 1848 were more numerous and consequential but remarkably similar to the earlier ones. Rebels with little in common — factory workers in Paris, peasants in Ireland, artisans in Vienna — followed a script written in the 1790s that was rehearsed continuously in the ensuing years across the continent.

Today, rural and urban Arabs with widely varying cultures and histories are showing that they share more than a deep frustration with despots and a demand for dignity. Most, whether moderate or radical, or living in a monarchy or a republic, share a common inherited language of dissent: Islamism.

Political Islam, especially the strict version practiced by Salafists in Egypt, is thriving largely because it is tapping into ideological roots that were laid down long before the revolts began. Invented in the 1920s by the Muslim Brotherhood, kept alive by their many affiliates and offshoots, boosted by the failures of Nasserism and Baathism, allegedly bankrolled by Saudi and Qatari money, and inspired by the defiant example of revolutionary Iran, Islamism has for years provided a coherent narrative about what ails Muslim societies and where the cure lies. Far from rendering Islamism unnecessary, as some experts forecast, the Arab Spring has increased its credibility; Islamists, after all, have long condemned these corrupt regimes as destined to fail.

Liberalism in 19th-century Europe, and Islamism in the Arab world today, are like channels dug by one generation of activists and kept open, sometimes quietly, by future ones. When the storms of revolution arrive, whether in Europe or the Middle East, the waters will find those channels. Islamism is winning out because it is the deepest and widest channel into which today’s Arab discontent can flow.

John M. Owen IV, a professor of politics at the University of Virginia, is the author of “The Clash of Ideas in World Politics: Transnational Networks, States, and Regime Change, 1510-2010.”

What went wrong, as Bernard Lewis mischievously asked right after the 911 bombing? Owen reduces the problem to two divergent but allegedly deep channels. Liberalism, the right kind of politics because it superseded religion, won out in Europe against the dictators. The heirs of Rousseau and Hume paved the way for Marx and parliamentary law as the idols of the church slowly faded away. Such is the usual scenario of why the West is Best. The West turned from theology to philosophy to sociology: positivism über alles, if one ignores just about everything in the postcolonial critique of neoliberalism. But in the Middle East Islam is seen as stagnating into Muslim Brothers and Salafis, closet fanatics and well-financed extremists who are said to reject the rational trajectory of Western thought in order to revive the golden age of 7th century Mecca. This would be a clash, to be sure, but the channels are not on indifferent continents; they run equally in both the West (Europe and the United States) and the Middle East.

Owen posits deep channels, but his examples flow on the surface. Indeed both Islam and Christianity have deep historical roots, but these show incredible variety rather than central streams. Owen writes as though “Islamism” is like Star Trek’s “Borg,” an overpowering dogma that would rather cover women’s bodies than find jobs for youth. If you listen to the loudmouth ideologues in any religion, it is easy to think like this. But it is disingenuous to assume that the bulk of the population in the countries that have overthrown absolutist dictators would want to replace one kind of absolutism with another, simply because it is labeled “Islam.” As Owen notes, indeed various Islamic movements have provided a coherent narrative about the ills facing their society. Most of these ills were left over from Europe’s (and more recently America’s) colonial and imperialistic interference in the region. The map of the region was largely drawn without the consent of those who live in the region. To the extent a channel for extremist religious views has been dug, the tools were provided by European involvement and support for the dictators who abused their people.

There is a problem with the term “Islamism.” Although many who use it claim that they only mean certain kinds of Muslims (the wrong kind of course), it usually implies that there is something bad about Islam as such. Thus, we are told that Islam can not exist in a democracy, Muslims in the West are intent on implementing shariah law, and we are in for an unending clash of civilizations with terrorism as the fruit of religious fervor. I think Owen is right about one thing: many are indeed upset that Islamists are winning fairly (the dictators we supported never did). So much for the idea that Islam is not compatible with democracy.

13 Responses to The Problem I Have With the Term ‘Islamism’