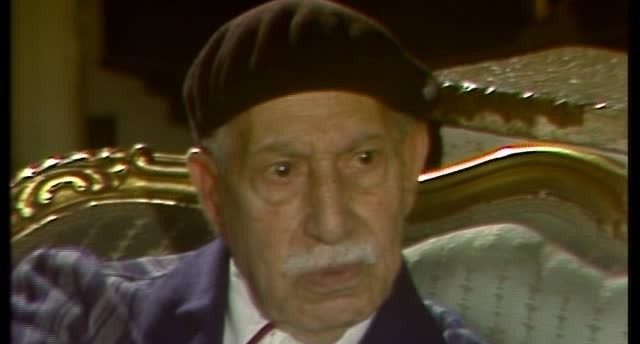 Today is the birthday of Tawfiq al-Hakim, who was not just was not just Egypt’s could-have-been Nobel laureate (he died in 1987, a year before Mahfouz won the prize), he was a wild innovator, a player, a wit, and — according to Mahfouz — the true genitor of the (modern) Arabic novel:

Al-Hakim continues to be widely read (see Richard Jacquemond’s “best seller” data) and widely influential, although he is  globally much lesser-known than Mahfouz.

Yet Mahfouz, as you might expect, esteemed al-Hakim very highly. In Mahfouz’s Naguib Mahfouz at Sidi Gaber: Reflections of a Nobel Laureate, 1994-2001, which was compiled from conversations with Mohamed Salmawy, there is a section called “Return of the Soul.” Al-Hakim has been most associated, since his death, with his dramatic works; indeed it is an assessment he promoted. But he was also a crafter of prose, including science fiction. His Return of the Soul had a particular effect on Mahfouz:

“I consider Hadith Isa ibn Hisham the first modern Egyptian novel. Although it has not received the attention it deserves from researchers, I believe it is a great work. It draws directly on the Arab heritage through its use of the maqama style. Its content of social criticism has shaped Egyptian novels until today. In fact, that novel affected our whole generation.

“After Isa ibn Hisham, I read Muhammad Husayn Haykal, known as the father of the Egyptian novel, then Taha Husayn and al-Mazni. Then I reached Tawfiq al-Hakim, whose works were truly landmarks in the evolution of Arabic novel writing. In the truest sense, they represented and helped shape a new age.

“Al-Hakim’s writing ushered in a modern phase in the art of narration. In all truth, after the early sources of inspiration that shaped my concept of narration, such as the Qur’an, the Thousand and One Nights, and the epic tales that so fascinated me as a child, my direct mentor was al-Hakim. The Return of the Soul I believe marked the true birth of the Arabic novel. It was written using what were then cutting-edge narrative devices. Its predecessors, on the other hand, had turned toward the Western novels of the nineteenth century for inspiration. The Return of the Soul, in that context, was a bombshell.

If you haven’t read al-Hakim, well!

You can find his “Miracles for Sale” here.