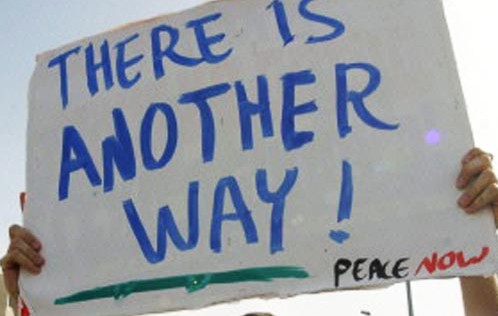 The Israeli government and security establishment are viewing the sweeping changes in the Middle East and North African region with apprehension. While it is human nature to fear the unknown, the recent developments represent a window of opportunity for reshaping the region.
That is not to say that the dangers facing Israel are imagined; Israel must now contend with the consequences of the removal of its biggest ally in the region, Hosni Mubarak, and face a newly-elected government whose position on matters relating to the Jewish state are uncertain at best.

While not underestimating the challenges facing Israel as it tries to navigate its way through uncharted territory, the new regional order could present Israel with interesting strategic opportunities. Israel, however, has to be cognisant of the nuances being presented.

The Arab Spring and the new landscape that has emerged in its wake have led to a number of developments, including genuine free elections in Tunisia. Yet many in Israel see the rise of the Islamic political party Al Nahda as the precursor to strong anti-Western and anti-Israel sentiment, viewing Al Nahda as an ideological ally with the Egyptian Muslim Brotherhood. But parties which use Islam as the backdrop to their policies are not monolithic as many incorrectly assume.

In Tunisia, the elections resulted in a majority win for both liberal and moderate Islamic parties. Yes, Al Nahda won 40 per cent of the vote, but it has to share power with secular and centre-left parties. That Tunisia may witness a resurgence of religious values in the public sphere is not an existential threat to Israel.

As for Egypt, its elections have resulted in a victory for the Muslim Brotherhood, with the hardline Salafist Al Nour Party coming in second. While the victory of Al Nour could be worrisome, there is reason for cautious optimism. First, the Muslim Brotherhood of 2012 is not the same party it was 10 or 50 years ago. The evolution of the organisation over the years is marked by a pragmatic approach with regard to gender equality and other democratic principles – and with regard to peace with Israel.

As for reports in the media that once in power the organisation will revoke the Israeli-Egyptian treaty or put it to a referendum, this is far from certain. Frequently parties make pledges, yet internal and external considerations lead to changed strategies once in power. Moreover one of the biggest incentives to ensure the peace treaty continues is the approximately $2 billion worth of aid given to Egypt every year by the United States, especially useful for the new government.

Rather than perceive the handover of power from the military to the civilian government as a threat, Israel could form a relationship with the new government, most notably in the area of security. Continued security cooperation between Israel and the Egyptian military (as they strive to drive out insurgents in the Sinai) could serve as a conduit for positive long-term change for both countries.

Closer to home, Israel would also be wise to take advantage of the uncertainty enveloping Hamas. The difference in opinion over moderating Hamas policies as a consequence of the instability of the Assad regime have led to power struggles between the leadership in Damascus, who advocate a more moderate line and the leadership in Gaza, who do not.

Reportedly, Egypt, Qatar and Turkey are playing a key role in persuading Hamas to end the armed resistance against Israel. Khalid Meshaal, who was the leader of the Hamas political bureau in Syria and promoted a moderate line in regard to relations with Israel, resigned a few days ago. But this does not necessarily mean an abdication of the moderate approach. Even in March 2011 when I conducted an interview with Palestinian Prime Minister Salam Fayyad, Fatah was working toward getting Hamas to implicitly abandon violence against Israel as one of the objectives for reconciliation.

With Meshaal’s deputy chief, Gaza-born Mousa Abu Marzouq, as his likely successor, the trend toward moderation may not be in peril – as he too is believed to support Fatah-Hamas reconciliation and moderation. Marzouq has been a senior Hamas official since the early 1990s and his stance regarding the occupation borders on pragmatism, as demonstrated by his articles published in the Western press.

The challenges for Israel in this unsteady and dynamic environment are certainly formidable, but with challenges come opportunities. If Israel can approach the developments creatively as well as cautiously, the changing landscape may herald the potential for favourable developments for Israel in particular, and the wider Middle East.

Natalia Simanovsky has worked as a research officer at various think tanks in North America and the Middle East.