Emirati Sci-Fi Author ‘In No Hurry’ To Translate 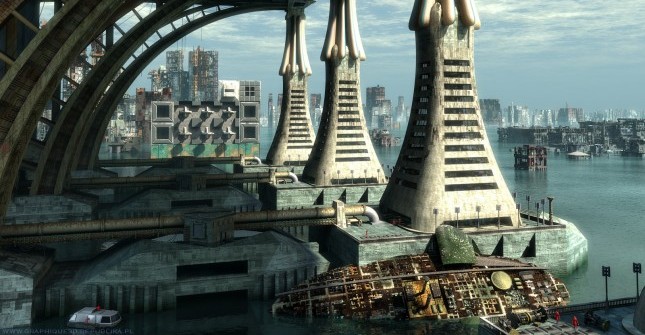 There is vivid interest in the growth of Arabic science fiction, fantasy, and horror novels — among Arab readers, scholars, and readers abroad. Among the emerging SF novelists is Emirati writer Noura Noman:

This Monday, I saw on the “World SF Blog” an interview with Noura Noman about her debut novel, Ajwan.

In it, Noura said she’s been holding off on an English translation, which is already complete but unpublished. She said:

“And while all my friends are urging me to publish it in English, I cannot do so too soon. The problem we have in this part of the region is that our teens are reading English and almost no Arabic. The whole idea behind Ajwan was to provide Arabic content for teens. My 17-year-old daughter read it in Arabic and liked it. Three young ladies of close age tweeted to me saying it was the first Arabic novel they had ever read. This means that the subject matter (sci-fi) made Arabic seem more approachable to them. In short, I am going to wait a bit before I publish it in English.”

I strongly sympathize. I can imagine the statement makes some English-language readers uncomfortable — the idea that something is being held back — but loads of things are being held back, elided, ignored. This is perhaps the best of all reasons to wait on a translation.

Yesterday, I was reading from the Lebanese writer Dominique Eddé’s beautiful novel, Kite, and this passage charmed me:

“Mali burst out laughing and said, ‘What a pity the charm of the Egyptian language is untranslatable!’ ‘Why do you always want to translate everything?’ relied Fuad, still pleased with his story, ‘The main thing is that we enjoy it,’ he added, banging his fist on the table as he said ‘we’.”

Certainly, I would never turn up my nose at translation. But fostering and enriching Arabic writing and reading communities (and creating books that charm and engage them) is yet more important.

But also on the subject of SF, fantasy, horror:

Ashraf Fagih, author of The Impaler, has an interview in the Courrier International (French). He is not averse to the idea of translation.

And another Q&A with Fagih (Arabic), in which he notes that he did not avoid being influenced by Orhan Pamuk’s style.