The Arab Women Writers To Read: A Personal Choice 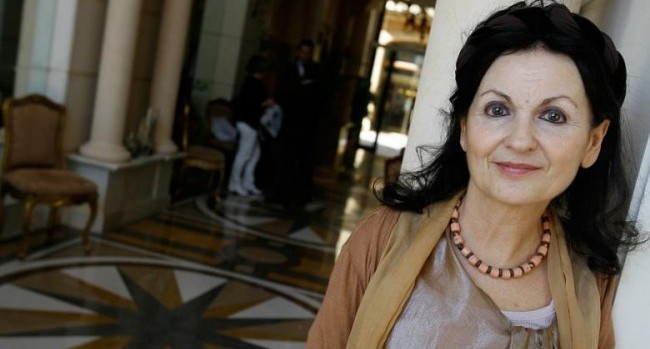 I feel rather lukewarm about this “Year of Reading Women,” despite an earnest belief that women’s books are (generally speaking) not taken as seriously as men’s:

Which women’s voices will this #readwomen2014 prioritize? Does it touch on any of the reasons why we gravitate toward male protagonists? Will it be, in the main, a celebration of English-language women’s voices? Of women at the center or the peripheries?

But despite my reservations, there’s a good enough chance that I’m wrong — in my lukewarmness — so if you’re keen to play along, this is a list of twelve suggestions of Arabic-writing women. Bonus points where the translator is also a woman. So here it is, one for every month of the year:

January: Hanan al-Shaykh, Story of Zahra, trans Peter Ford. You just cannot go wrong with Story of Zahra, which is also one of the five books on my “how to get started with Arabic literature” list.

February: Adania Shibli, Touch, trans. Paula Haydar. Or, if you prefer, We Are All Equally Far from Love, trans. Paul Starkey. Shibli is for those of you who are literarily-minded, who enjoy a woman’s narrative that lives outside traditional Western story-building. With its surprising poetic imagery, Touch could just as easily be classed as a collection of prose poems.

March: Samar Yazbek, Woman in the Crossfire, trans Max Weiss. Raw, honest, terrifying, hopeful portrait of the first few months of uprising in Syria by one of its leading novelists.

April: Hoda Barakat, Tiller of Waters, trans. Marilyn Booth. It’s true, Barakat is big on the male protagonist, but with an amazing empathy and sensitivity both to characters and to objects of daily life.

May: Sahar Khalifeh, Of Noble Origins, trans. Aida Bamia. Winner of the prestigious Mohamed Zafzaf prize, Khalifeh is a strong and prolific author with many novels in English translation. My suggestion is her most recent, in particular because it shows an important historic moment from a woman’s point of view.

June: Alexandra Chrietieh, Always Coca-Cola, trans. Michelle Hartman. This book is very much a piece of women’s writing, centered more on the contradictions of daily life than in rising and falling action. It’s also very funny.

August: Radwa Ashour, Woman of Tantoura. I would like to recommend Radwa Ashour’s Farag (which is supposed to be out as Blue Lorries in May), trans. Barbara Romaine, but BQFP has been sliding on deadlines lately. But whenever it’s out, do get it. Ashour’s Spectres is also a wonderful metafictional view of women’s lives.

October: Iman Mersal, These Are Not Oranges, My Love,  Khaled Mattawa. I would like to recommend Mersal’s Until I Give Up the Idea of Houses, but alas it’s not yet in English. Poems from Oranges here.

November: Miral al-Tahawy, Brooklyn Heights, trans. Samah Selim. All of al-Tahawy’s books deal with women’s lives (this one in New York and Egypt), but this one is additionally translated by an award-winning (woman) translator.

December: Betool Khedairi, Absent, trans.  Muhayman Jamil. I once had a torrid love affair with this book, which takes us from a vibrant and beautiful mosaic of Baghdad and moves toward the present.

Salwa Bakr on ‘Women and Arabic Literature’:  “When I first started to write, people would ask me – ‘Who wrote this for you?’”

6 Arab Women Authors on Why They Write

There’s also a much longer list of authors at http://arabwomenwriters.com/

And this is an anthology worth having.

What does the Arab Writers Union recommend? Women on “top 105 Arabic novels of the 20th century” list:

I Live, by Lebanese author Leila Baalbaki. Published in French – Je vis! Seuil 1958 and in German – Ich lebe, Lenos 1994. Not in English.

Memory in the Flesh, by the Algerian writer Ahlam Mostaghanmi, was published by AUC press in 2003 and republished this year as Bridges of Constantine, trans. Raphael Cohen.

The Story of Zahra, by the Lebanese writer Hanan al-Shaykh. I promise you can’t go wrong with this book.

Wasmiya Comes Out of the Sea, by the Kuwaiti author Laila al-Othman, was excerpted in Banipal 3. The whole book is not in English.

Door to the Courtyard, by the Palestinian writer Sahar Khalifeh. Bab el-Saha, however, has not been translated into English. You can find it in German – Das Tor (Unionsverlag, 2004) and French – L’impasse de bab essaha (Flammarion, 1998).

The Blockade, by Bahraini author Fawzia Rasheed. Not in English.

Birds of September, by the Lebanese author Emily Nasrallah. Not in English.

Birds of The Dawn, by the Lebanese author Lily Osseiran. Not in English.

A Man from Bashmour, by the Egyptian Salwa Bakr, was published by AUC Press in a translation by Nancy Roberts.