Time for a Rethink: An Open Letter to Terry Jones 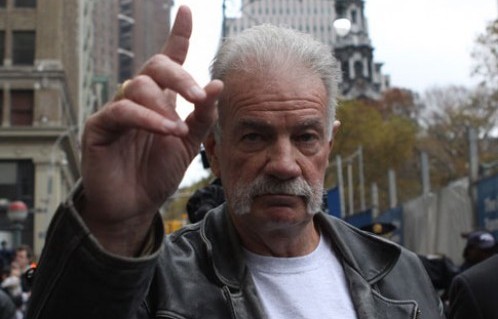 This letter might come too late, but I still need to say to you and other people who think that burning the Qur’an or any other holy book is a way to remove evil from this world: your act is useless.

It does not do any good, nor does it remove evil. In fact, when you burned the Qur’an in your Florida church on 20 March, you risked creating more hatred because it fuelled the anger of some Muslims who think that burning the Qur’an is an insult to their religion. In rare cases it even led to violence, as in Afghanistan, where news of the Qur’an burning incident spread and certain imams incited people during Friday prayers to protest. When these demonstrations got out of hand, more than 20 people died, including seven UN staff.

I am Muslim. Like others who have expressed their rage to you, the Qur’an is holy to me. It encourages me to protect the holy places of any religion, reminds me to always tolerate and respect other people’s beliefs, and to do good to others. It has inspired many Muslims to promote interfaith dialogue, democracy, gender equality and social justice.

In difficult times, reading some of its verses has brought peace to my heart. A Muslim mystic once said that the Qur’an is Allah’s love letter.

That said, I will not kill or threaten violence against any person who burns the Qur’an for whatever reason. I might disapprove of that person, or scorn them, especially if it is being done in the name of upholding justice, because it is a futile attempt.

It is true that there are verses in the Qur’an that textually call for violence against non-believers. But burning the Qur’an will not make those verses disappear, nor will it make some Muslims automatically refrain from violence. However, it does mean that I will not stand idly by if fellow Muslims use those verses to incite or perpetrate violence. Their acts also deserve condemnation.

The words of the Qur’an are stored not only on paper, but in the memory of each Muslim and the thousands of huffaz, who memorise the Qur’an by heart.

Muslims believe that the words of the Qur’an are the words of God; they are beyond the temporal, they are eternal and preserved in heaven.

For that reason – and I want my fellow Muslims to understand this too – the Qur’an that you burned is essentially a cultural artefact. They are products of human efforts to preserve the words of God in this world. As cultural products, we can always create new ones.

In fact, my mother used to burn old Qur’ans because some of their pages were eaten by moths, the pages were frayed, and the writing had faded and was no longer legible. She burned them in order to prevent anyone from stepping on the pages that were loose and could fall out. She then collected the ashes and let the river carry them away, so they would be safe from being stepped on. Burning the Qur’an, for my mother, was actually a way to preserve its holiness.

The Qur’an is a larger part of our human relationship with God, a source of encouragement to do good and uphold justice, and a reminder of the afterlife. There are more verses that carry the message of freedom of worship and pluralism than those that encourage violence. And those that do seem to encourage violence relate to specific historical events and contexts.

Moreover, there are many discussions in the Muslim world about how to reconcile these verses with the Qur’an’s messages of tolerance. There are Muslim scholars who have dedicated their work to understanding these verses in a new light: either by putting them in context for today’s readers, by declaring them outdated in today’s context, or by assessing them in the context of other verses.

If you genuinely want to make Muslims shun violence, then join hands with me and many of my fellow Muslims to promote dialogue about tolerance and pluralism. You might learn that the Qur’an can be credited for inspiring it.

Sri Murniati, a graduate of the Islamic Studies programme at Islamic State University in Bandung, is a freelance writer and editor in Penang, Malaysia.

One Response to Time for a Rethink: An Open Letter to Terry Jones