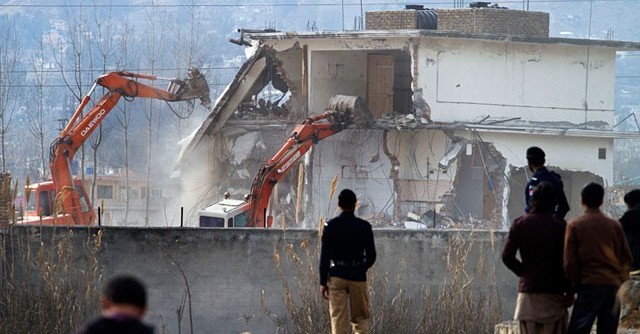 Those enchanted by pseudo-reality must have been at the edge of their seats as they watched ‘Zero Dark Thirty’, a Hollywood account of how US SEAL Team Six killed Osama Bin Laden on May 1, 2011.

But a recently leaked report shows that the ‘riveting’ Hollywood account of the ‘greatest manhunt of all time’ was hardly as glamorous as it was made to be. In fact, if it were not for the ‘shocking state of affairs’ in Pakistan itself, where local governance had ‘completely collapsed’, the raid would have been yet another botched attempt at killing a man that had been using primitive means – for example a ‘cowboy hat’  to evade drones –  as he had managed to survive for nearly nine years.

The 337-page report was the outcome of a thorough, but secret investigation by a commission set up by the Pakistan government following the US raid. It mainly aimed at answering the question of  how US forces, a supposed ally, infiltrated Pakistani airspace, killing Bin Laden and three Pakistanis, and then hovered away undetected. The answer had little to do with the prowess of the US military whose behavior was viewed by the commission as that of a ‘criminal thug’. Instead, the answer lies in Pakistani authorities’ own failure, or as page 87 of the report describes as ‘Governance Implosion Syndrome’.

Reporting for Al Jazeera, Asad Hashim summed up the commission’s findings: “Osama bin Laden, al-Qaeda’s chief, was able to evade detection in Pakistan for nine years due to the ‘collective failure’ of the Pakistani state’s military and intelligence authorities, and ‘routine’ incompetence at every level of the civil governance structure.”

Without that ‘collective failure’, there could have been no American success, the kind that is turned into riveting movies generating exuberant amounts of money which feed into the myth of the infallibility of the US military.

The timing of the leaked report was pretty interesting as well. It appeared shortly after Edward Snowden, a US National Security Agency (NSA) contractor, leaked damning information of the very shady and illegal behavior by the US government pertaining to its global surveillance program. Hundreds of millions of people in the US and around the world have fallen victim to the NSA spying program, whether through their telephone records, or through the PRISM program that grants the spying agency direct access to stored internet activity of nearly anyone, anywhere. It is “a global, ubiquitous surveillance system that has as its goal the elimination of privacy worldwide”, wrote Glenn Greenwald of the Guardian.

Even EU offices were bugged by the US, according to the leaked information. If America’s closest allies were bugged, then no one is safe. The Brazilian newspaper O Globo revealed in reports, based on information provided by Snowden that the US had tapped into telecoms infrastructure in Brazil to acquire massive volumes of communications and to spy on governments throughout the region.

While Al Jazeera’s leak translated into media debates regarding Pakistan’s own failures and its odd alliance with the US – which unabashedly continues to violate the country’s sovereignty – Snowden’s leaks are generating a global debate regarding the US’s persistent attempts at global meddling and domination despite its repeated setbacks in Iraq and Afghanistan, and its diminishing, once unchallenged role as a superpower.

While corporate US media continue to toe the line by doing everything in their power to focus on the least relevant parts of the Snowden story, US government apologists are trying to soften the blow. Jim Lewis, a former intelligence official – now at the Center for Strategic and International Studies in Washington – had this to stay, according to the Financial Times: “Great powers all engage in espionage. That includes China, Russia and the US. It’s not war, it’s not an attack, it’s not use of force, it’s not even coercion.”

Although there is an element of truth in Lewis’ remarks, there is no denial that the extent of that spying can also tell us a great deal about the nature of the spy and the use of the information. When the victims are hundreds of millions of people from every country in the world, then one cannot help but object to the illegality and magnitude of the act.

One knows that it’s not your everyday spying practice when Cristina Fernández, president of Argentina says, “It sends chills up my spine when we learn they are spying on all of us through their intelligence services in Brazil.”

Not even the most paranoid amongst us would have imagined the extent of the US government’s violation of the very privacy laws that itself helped draft, promote and swore to protect. The Snowden leak revealed aspects of the NSA’s unwarranted practices, but what else is still being concealed? And what is the ultimate goal of the US government when it spies potentially on every citizen and every government?

In some parts of the world, the spying scandal raised the above questions and more. “The revelations have revived a narrative about the dangers of a world dominated by an untrustworthy superpower that had been dormant as debate raged instead about American decline,” wrote Geoff Dyer in Washington.

But should the debate shift away from the palpable decline to something else? Hardly, as the supposedly gutsy raid that killed Bin Laden should by no means contribute to the Hollywood-fed myth of the infallibility of the US military. Global surveillance is merely an indication that President Barack Obama – as a representation of the US ruling class – was never sincere as he attempted to woo the world with an image of a more gentle and peaceful American government. The Bin Laden raid, per the conclusions of the Pakistani commission, told of a sorry state of affairs that afflicted all aspects of government and military, and how it was underhandedly used by the US to carry out its own policy agendas, even at the expense of a supposed ally. It is hard to believe that any government can genuinely trust the US administration after all of this.