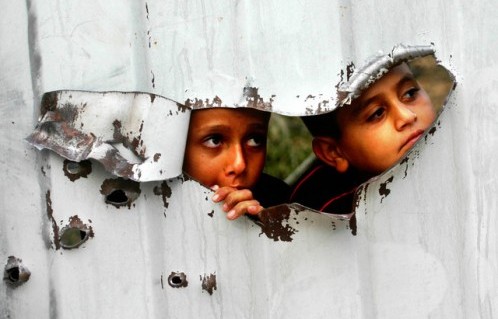 As the turbulent winds of the Arab Spring continue to blow, and efforts to bring a September vote in the UN General Assembly to recognise the Palestinian state pick up steam, the urgency of a final status Arab-Israeli peace agreement increases by the day.

After decades of false starts, missed opportunities, and “almost-theres”, events in the past few weeks unmistakably demonstrate an increasing acknowledgement by key players – especially in Israel and the United States – of the compelling insistence of “now!” And while the Fatah-Hamas reconciliation agreement injects a new element into the equation, the urgency is unabated.

Hoping to extend a receptive hand to the Arab world, and to spur a response from the Benjamin Netanyahu Administration, the Initiative’s ultimate goal is the resolution of all claims and an end to the Israeli-Arab conflict.

The IPI’s two-page document acknowledges “the suffering of the Palestinian refugees since the 1948 war, as well as of the Jewish refugees from the Arab countries.” It accepts the API as a framework for regional peace negotiations and shares its statement “that a military solution to the conflict will not achieve peace or provide security for the parties.”

Its substantive terms resemble closely those embodied in a series of earlier iterations, including the Clinton Parameters and the Geneva Accord: an independent, de-militarised Palestinian state in the West Bank and Gaza, with borders based on the 1967 lines, subject to limited one-to-one land swaps; greater Jerusalem as the capital of both states, with Jewish neighbourhoods under Israeli sovereignty, Arab neighbourhoods under Palestinian sovereignty, and special, internationally-supervised arrangements for the Old City of Jerusalem; financial compensation and a limited, agreed-upon return to Israel for Palestinian refugees. The Initiative also puts forward potential cooperative regional security arrangements, as well as economic development projects culminating in a “Middle East Economic Development Bloc”.

While the Initiative and its ideas are not new, it represents yet another acknowledgement, by prominent, thoughtful, experienced Israeli leaders, that the time for a comprehensive settlement has arrived. Naysayers, however, will insist that the Initiative’s proponents are naïve or wrong-headed and, for any of a host of reasons, that the conditions for peace are not right.

The surprise announcement last Wednesday – of a reconciliation pact between Fatah and Hamas to be signed this week – is the most recently cited reason to balk. Admittedly, this development presents new challenges, but it also offers unmistakable opportunities. As Efraim Halevy, the former head of Israel’s Mossad, told The New York Times, “There will be no serious progress in the Israeli-Palestinian conflict without some way of including Hamas in the process so as to transform them from being part of problem to being part of the solution.”

If the agreement comes to fruition, it will offer Hamas the chance to renounce violence – as Palestinian President Mahmoud Abbas has, repeatedly – and to truly serve the interests of a united Palestinian people by endorsing negotiation, and not conflict, with Israel.

In Qatar three weeks ago, US Secretary of State Hillary Clinton announced that US President Barack Obama would soon be “speaking in greater detail about America’s policy in the Middle East and North Africa.” Netanyahu, meanwhile, is expected to set out his own new proposal when he addresses Congress in May.

News outlets reported last week that Obama and Netanyahu are “jockeying” to take the lead in reopening the stalled talks. But this isn’t a horse race. The message is clear: it’s time for all interested parties together to embrace the well-known parameters for an agreement.

That’s the critical next step. But history will be made only when the key players summon the courage and wisdom to sit together and finally make the difficult but inevitable compromises peace requires. The table is set. The world waits