Is Syria Set to Become ‘the new Libya’? 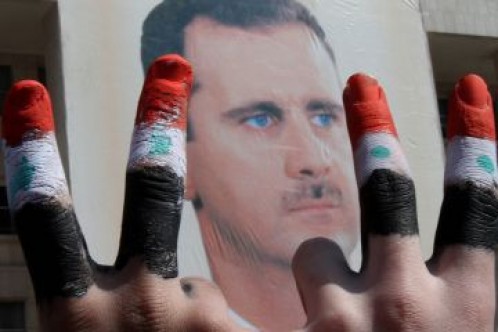 After six months of nonviolent protests have resulted in thousands of dead and injured civilians and have not produced any real reforms by the Syrian regime, some are calling for a move towards an armed uprising styled after the Libyan civil war. There are rumors of arms being smuggled into the country from neighboring Iraq and Lebanon; Saudi Arabia is reportedly ‘pumping money‘ to Sunni fighters; and Mohammed Rahhal, a leader of the Revolutionary Council of the Syrian Coordination Committees, recently told Asharq Alawsat that: “We made our decision to arm the revolution which will turn violent very soon because what we are being subjected to today is a global conspiracy that can only be faced by an armed uprising… We will use whatever arms and rocks … We will respond to the people’s calls to arm the revolution.”

Weeks ago I wrote that the necessary conditions for armed rebellion were met in Libya, but not in Syria – and this continues to be the case. Without a geographical base (i.e. Benghazi) around which to organize a political and military force, the Libyan rebels would not have been able to offer amnesty and security for defecting officers. Likewise, the high-level military defections allowed the future TNC to organize a coherent military force armed with advanced weaponry. In Syria, there is no domestic geographical rallying point in control of the opposition and Assad regime has guaranteed loyalty from the armed forces by stocking the military with fellow Alawites while stroking sectarian fears.

Considering the sectarian loyalty of the Syrian armed forces, it is highly unlikely that there will be a repeat of the high-level defections that took place in Libya and allowed the basic organization of the rebel troops based in Benghazi. Of course, this means that, even with the support from smuggled weapons and Saudi financial assistance, any rebel force that takes up armed rebellion will likely be crushed by the trained and disciplined Alawite forces. Moreover, the use of arms would allow the Assad regime to utilize every means at its disposal to put down the uprising (as hard as it is to believe, the regime violence could drastically worsen.) In order for any armed uprising to be successful, there must be cooperation between an organized rebel force on the ground in Syria and outside actors that would be able to quickly level the playing field.

Unfortunately, there is currently no international motivation to intervene in Syria, despite the regional importance of the country. Saudi Arabia views Syria as a means to deliver a blow to Iran; Iran sees Syria as the lynchpin between Tehran and Hezbollah; and neighboring Turkey is concerned about both its regional status and the consequences of standing idle as fellow Sunnis are killed with impunity. While Iran has already acted in Syria, Turkey, Saudi Arabia and other regional actors are more hesitant to intervene – despite Amr Moussa’s prediction that the Arab League would intervene.

Outside of the region, international help seems far less likely after the intervention in Libya. Not only are some NATO members wary of another intervention effort, but many believe that the Arab League would authorize another western intervention in an Arab state. Likewise, disagreements between NATO members and many of the developing countries have led to a stalemate of sorts at the UN. Opposition to western involvement – particularly from Russia – has ensured that any western military movement in Syria will lack the necessary mandate of the UN. A western military intervention on behalf of any violent uprising would come without authorization from the Arab League or the UN, thus delegitimizing the potential operation in the eyes of many in the region and strengthening Assad’s twisted justification for repression.

Of course, should the situation in Syria quickly deteriorate, those opposed to intervention may be forced into hesitant support for such a mission. In this way, the relationship between the potential armed uprising and the potential international intervention is caught in a catch-22. The fact that any armed uprising is likely to be immediately crushed without international military support, acts as a clear disincentive to picking up arms. The international community, on the other hand, will not intervene in the country until there is an organized fighting force on the ground in Syria that is gravely threatened by Assad. Moreover, without an armed revolt, the Assad regime will keep its level of repression low enough to cause disgust and condemnation from the international community without the threat of intervention.

Currently, all of the speculation about international intervention in support of an armed rebellion is speculative. The Syrian resistance groups are highly divided and polarized. As Hussein Ibish notes, the likelihood of a coherent and organized fighting force emerging from the cacophony of disorganized opposition groups is slim:

The opposition has so far been unable to organize even politically. Could it really organize a coherent armed rebellion? Unlike in Libya, there is no clear political body for the international community to engage with, as Secretary of State Hilary Rodham Clinton has pointed out.

Yet it would be foolish to completely rule out the escalation of the Syrian crisis. The sectarian divisions within Syria will constantly provide incentive for an escalation of the violence. Sunnis in Saudi Arabia and Turkey will push for more action against the Alawite government while the Shi’a in Lebanon and Iran are likely to continue standing behind Assad. The west, meanwhile, is left with little recourse other than the use of largely ineffective sanctions. If violence in Syria were to greatly increase, though, western governments could become more politically able to force the issue of intervention and the UN and the Arab League may see more reason to authorize western military action.

This post originally appeared on Notes From a Medinah

Chris Keeler is the creator of Notes From a Medinah and has lived in the Middle East for over two years, moving from Lebanon, to Saudi Arabia, to Palestine, with stops in Syria, Jordan and Egypt. He received his BA in international relations and French literature from Wesleyan University in 2007. In addition to NFAM, Chris has posted at Mondoweiss and E-International Relations. His work has also been featured by Andrew Sullivan's Dish and the Palestine Center Blog.

3 Responses to Is Syria Set to Become ‘the new Libya’?