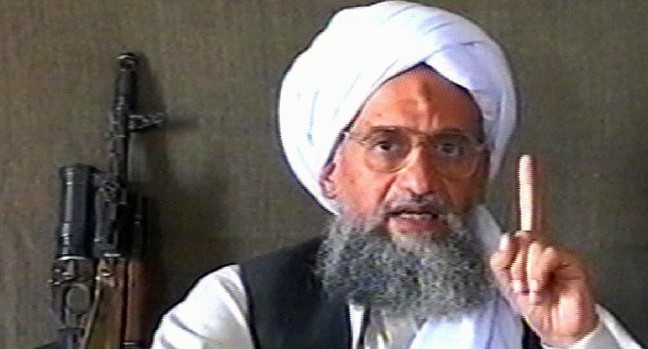 Ayman al-Zawahiri, now the leader of the international terrorist organization, al-Qaeda, has disavowed the Islamic State of Iraq and the Levant (ISIL). ISIL (also called ISIS, substituting Syria for ‘Levant’) controls Falluja and part of Ramadi in Iraq, along with parts of Aleppo and its hinterland in Syria. It has been involved in a sanguinary battle with other Sunni extremist militias in northern Syria, including Jabhat al-Nusra (the Succor Front) for several weeks, which has left 2000 dead at a time when the Baath regime of Bashar al-Assad has regrouped and launched assaults on the rebels. I found the Arabic text with an Arabic web site search but am not linking for obvious reasons.

Al-Zawahiri said, “Al-Qaeda al-Jihad announces that it has no link to the Islamic State of Iraq and the Levant. It did not create it, did not invest it with authority, did not consult with it, and did not express approval of it. Rather, al-Qaeda ordered it to stop its actions. Therefore, it is not an al-Qaeda affiliate, no organizational relationship binds the two, and al-Qaeda is not responsible for its behavior.”

Al-Zawahiri is clearly embarrassed by the ISIL attacks on other jihadis and is afraid people will think he put them up to it. He attempted to reaffirm his “commitment to brotherhood among Muslims and jihadis.”

He lambasted Abu Bakr Baghdadi, the ISIL leader, for not consulting others or acting in concert with other fighters, and condemned resorting to public propaganda against other groups instead of resolving differences privately.

The letter underlines what I have been saying for some time, which is that it is a mistake to see the so-called al-Qaeda affiliates as the same sort of phenomenon as core al-Qaeda. It is clear that ISIL does not have a reporting line to al-Zawahiri and has repeatedly just blown him off. The same is true of the other “affiliates.” These radical Sunnis just declare an al-Qaeda affiliation to increase the fear with which they are viewed. It isn’t organizational, and al-Zawahiri has admitted as much. That isn’t to deny that some core al-Qaeda operatives have occasionally shown up in the affiliates, or that al-Zawahiri tries to communicate to them. But he can’t give them orders. Moreover, they are interested in the ‘near enemy,’ in taking on regional leaders like Bashar al-Assad in Syria or PM Nouri al-Maliki in Iraq. With the exception of al-Qaeda in the Arabian Peninsula in Yemen (AQAP), they don’t seem interested in hitting US targets, and that kind of thing seems to have tapered off in AQAP in any case.

ISIL is a nasty piece of business, a kind of religious/ political license for serial killing. So is al-Qaeda. But that the latter is embarrassed about the former is telling.