So What Exactly Does Barack Obama Stand For? 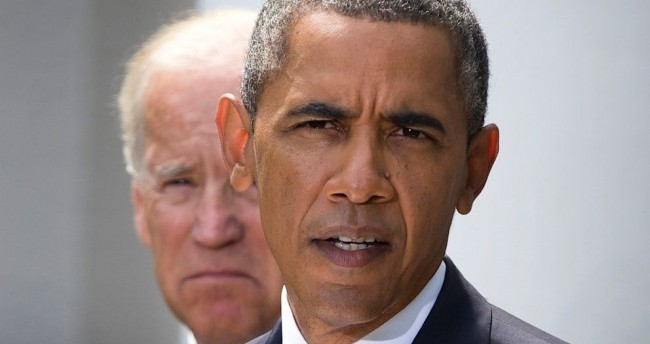 President Obama thought his chemical weapons’ red line was the end of the matter.  Now he realizes it was only the beginning.

In his second term as President, no one knows what Obama stands for – if anything – or where he really wants to take the nation.  Out of war was his campaign mantra.  Better to focus on the poverty and jobs war at home.  The Iraq and Afghanistan war wound down, for Americans at least, but the drone war increased and now our (selective) Middle East meddling is staring Obama right in the face.

Will Obama’s Presidency be defined by missile strikes in Syria?

The full court blitz of Congress and the Sunday talk shows is the rage right now and surprise, surprise, Iran and Israel have become as important in the discussion as the chemical weapons’ charge against Syria.  The argued threat is being globalized.  Stand by for the President’s thrust on the global stage.  He needs to cobble together yet another coalition of the willing.

Speaking of Israel and AIPAC, are theses bullies driving the elected bullies into yet another war?

Will Congress pass the authorization Obama wants?  Perhaps.  The British have already backed away and the very eager French – now in a US ally competition with the British – will await the vote in Congress.  Why?  To be honest, the French don’t have the military capability to go it alone.  Nor do they want to stand alone on the imperial stage without US cover.

Since World War II, Europe has renounced its global imperialism – and let America secure it for them.  It’s always best to renounce imperialism without giving it up.  Cowardly, though.  If the French want to teach Syria and their old stomping ground a lesson, let the French go it alone.

Meanwhile in Egypt, our blood-on-their-hands ally that doesn’t have to sweat a US missile strike or even the loss of US aid continues on its martial law path by charging deposed President Morsi with inciting murder during the uprising against his rule.  The charge is as convoluted as the lurking charge against Morsi’s jail break during the last days of the (official) Mubarak regime.  But, then, is the logic of Egypt’s rulers any different than the logic the Obama administration is using in Syria?

That’s it in a nutshell.  Twisted logic that passes as reasonable discourse.  With deadly consequences for those await the missiles duly approved by the paragons of moral virtue.