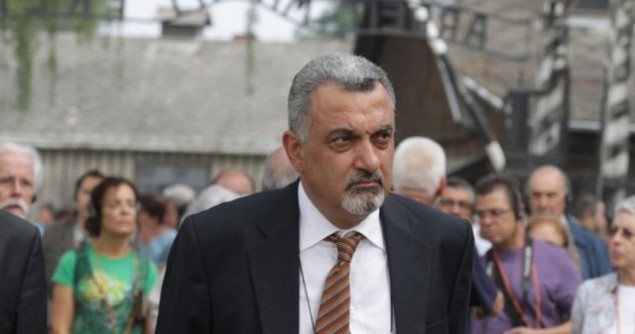 In late July, Ziad al-Bandak, an advisor to Palestinian President Mahmoud Abbas, made an official visit to the Auschwitz Holocaust memorial to pay respect to the million-and-a-half victims of the camp, most of whom were Jewish. Yet the majority of media outlets in Israel and abroad only reported on the event a few days later, following condemnation of al-Bandak’s visit from Hamas and the Union of Palestinian Communities and Associations in Europe. Many Palestinians saw the visit as ill-timed in light of the stagnant peace process.

Thus, unfortunately, what was deemed newsworthy was not that a senior Palestinian official paid his respects to Jewish victims of the Holocaust, but rather the two groups’ extreme criticism of the event, and the fact that Hamas called the Holocaust a “big lie” in response to al-Bandak’s visit.

The question is why was the visit itself not seen as newsworthy by most media outlets, while the sensationalist negative angle provided by Hamas’s condemnation was?

Only Haaretz newspaper and the Jewish daily Forward ran stories on the visit itself. The former included both a segment of the Palestinian Ambassador to Poland Salah Abdel-Shafi’s July 2012 speech in which he stated that “the Holocaust is the greatest crime in history” and a description of a 2007 visit to Auschwitz by Abbas’ representative, Khaled Naef Ghazal Soufan, and Israeli Ambassador to Poland David Peleg. During that visit, the diplomats spent three hours at the memorial in a “joint act of reflection on the Holocaust”.

Had other media outlets focused on the visit itself in their initial stories, readers would have been surprised to hear that al-Bandak accepted an invitation to visit Auschwitz from a private Polish foundation promoting tolerance, that this was not the first time a Palestinian government official visited the site and, more importantly, that there are those in the Arab world, like al-Bandak, who view the Holocaust as one of the most potent examples of human tragedy.

If more media outlets had covered the story in that manner, it could have impacted readers’ perceptions positively – in the same way that negative stories reinforce negative opinions. Imagine if more individuals had read a positive report about the visit initially, and then heard certain Palestinian groups’ condemnation a few days later. They might have concluded that while there are those in Palestinian society who may refuse to honour the memory of those who died in the Holocaust for political reasons, there are others who recognise it for the tragedy that it was.

This is a striking example of how the perception of a given event is ultimately shaped by media coverage. In other words, depending on how the media outlet “sells” the story, its coverage of an event can and does reinforce positive as well as negative opinions about the “other”.

By focusing on the denouncements of al-Bandak’s visit to Auschwitz – the ultimate symbol of Jewish victimhood – the message to the reader is simple: this is yet another example of anti-Israel sentiment. This in turn reinforces the fear prevalent amongst many Jews in general, and Israelis in particular, that the security and survival of the state and its citizens are in constant peril.

By emphasising the negative comments made by the two groups, and virtually ignoring the positive symbolic gesture made by the Palestinian Authority, media outlets did a disservice to both the situation and their readers. Coverage of anti-Israel sentiment does nothing to build common ground between the two sides.

Given the nature of the conflict and the on-going occupation, it is perhaps understandable why many Palestinians might view this official visit as offensive or ill-timed, but to have that as the main focus misses the symbolic significance of the visit.

Natalia Simanovsky has worked as a research officer at various think tanks in North America and the Middle East.