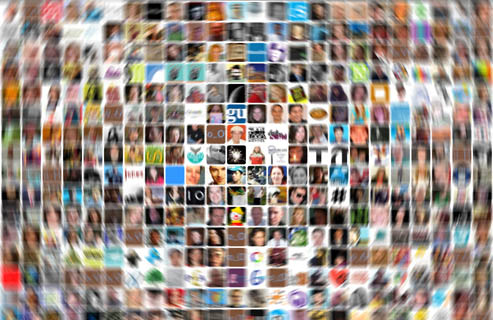 Twitter is big in Saudi Arabia. There, I said it. While no one is sure how many Saudi Twitter users exist, I think it is safe to say that the number is in the thousands. Regardless of the numbers, there have always been questions about the influence of social media on public discourse in the Middle East, with many dismissing these new tools as factors for stimulating change.

However, I think that the past few months have showed some clear examples for what is possible using social media, as we have seen in stories like those of Samar Badwai and Abdulwahab al-Essa. With Twitter announcing its plan to launch an Arabic version next year, we can only expect that the influence of Twitter will grow and increase.

Now when you first register to Twitter, the website shows lists of suggested users to follow. Unfortunately, these lists are not exactly helpful if you are interested in following people in a certain country. That’s why I wanted to create this list. The list is based on my personal unscientific research, and it includes only real humans, compared to those Twitter accounts populated by bots/feeds. If I missed anyone, feel free to correct me in the comments.

1. @Azizshalan: This was a surprise to me. I have never heard of Aziz Shalan before working on this list, and his bio offers very little on who he is or what he does. What we know is that he is based in Jeddah, he has more than 12,000 followers, and he tweets in both Arabic and English about many different things.

2. @TurkiAldakhil: Turki al-Dakhil hosts a popular weekly talk show on Al Arabiya channel, owns Al-Misbar research center in Dubai, and writes a daily column for Al Watan newspaper. Since joining the service last year he has been pretty active, using Twitter to express his thoughts and opinions. He recently asked his followers to suggest names for his show and what questions to ask them.

3. @rayed_x: Another surprise on the list. I don’t know much about this user except for what he provides in his bio: he is apparently an engineering student at Umm Al-Qura University, and he ranks #2 on the world in Killzone, which is a first-person shooter video game.

4. @essamz: A relatively distant fourth, Essam Al-Zamil is an entrepreneur and blogger from the Eastern Province. He focuses on economics, especially issues related to real estate and unemployment in Saudi Arabia.

5. @alfarhan: Fouad al-Farhan is the most well-known Saudi blogger. Even when he was not blogging, he was regularly tweeting, and has been for the past four years. Fouad tweets about politics, society, and entrepreneurship.

6. @Nejer: Cartoonist Malik Nejer uses Twitter to share his latest work and comment on social and political issues. In his bio, he describes himself as someone who is interested in natural sciences and human rights. Recently, Malik announced his engagement to another user, @contradict1987, and they occasionally have cute exchanges on Twitter ; – )

8. @alzaid: Saleh Alzaid is not merely a Twitter user. As the founder of TwitEmail and the owner of TwtBase, this programmer has made his mark on the Twitter community not just in Saudi Arabia but around the world.

9. @ibrahimsu: Ibrahem AlSuhaibani blogs in Arabic about marketing, branding, and corporate identity. This kind of content is severely lacking and much needed in the Arab speaking internet. On Twitter, Ibrahim shows a more lighthearted side, but also shares links to creative works with brief commentary.

10. @Bandar: Bandar Raffah is a graphic designer who makes beautiful things. You can take a glimpse of his recent work by looking at successful iOS apps such as 2Do, QamarDeen, and iPray. His Twitter stream is a mixture of distinctive ranting with occasional links.

11. Bonus! @azizkhoja: With 123 tweets only, the Saudi minister of information and culture Abdulaziz Khoja is not the most prolific Twitter user. However, his presence as a senior government official on this social network is definitely interesting. The minister links to his recent articles and sometimes replies to fellow tweeps questions