Muslim Brotherhood No Threat to the West 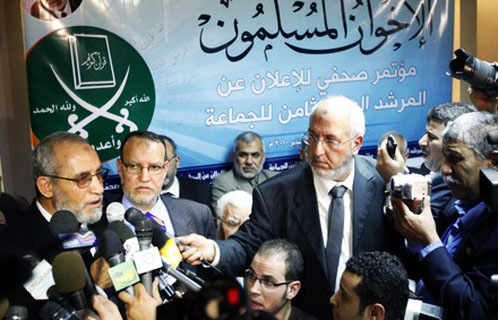 Western and Israeli leaders are wringing their hands over the potential role of the Muslim Brotherhood once Egypt forms a new government following the departure of President Hosni Mubarak.

If indeed Egyptians embrace democracy and hold free elections, the fear is the Muslim Brotherhood would gain control of the country, install Sharia as the law of the land, and ultimately wage war against Israel. The events involving the Brotherhood today echo the push by the United States in 2006 for legislative elections in the Palestinian Territories that gave Hamas a victory over Fatah. The U.S. and Israel are now wondering whether the Muslim Brotherhood will cause the West as much grief as Hamas.

But should the West fear the Muslim Brotherhood? The short answer is no. The Brotherhood doesn’t have the support of Egypt’s youth.

Clearly, Egypt’s relationship with Israel would change dramatically if the Muslim Brotherhood—known as Al Ikhwan Al Muslimeen in Arabic—played a pivotal role in governing the country. The region could face a difficult future. Yet young Egyptians have a lukewarm, if not distant, relationship with the Brotherhood.

The Muslim Brotherhood, which claims widespread support from the middle class and intellectuals, renounced violence many years ago. The Ikhwan also says it adheres to the democratic principles of free elections, religious and speech freedoms, and the right to form political parties. At best, though, young Egyptians view the Muslim Brotherhood as a fringe political party with a Taliban-style agenda. “They talk about democracy, but they are not explicit about their goals,” one young Egyptian woman told me.

An Egyptian university student said that participants in the uprising accept Islamists to add more voices to their cause to depose Mubarak, but the relationship ends there.

“The Muslim Brotherhood hasn’t offered any effective action for Egypt over the last three or four decades except talk and to criticize the present system,” he said. “I don’t think the Egyptian people in the next step (following the transition to a new government) will accept them. If they hold Egypt, we will go back many years.”

In the 2005 parliamentary elections, the Brotherhood captured 20 percent of the seats thanks largely to its aging followers. But the majority of Egyptians find the Brotherhood’s more extremist leanings unappealing while radical Islamists claim the group has abandoned its original goals of jihad. Although the Ikhwan views Israel as illegitimate and continues to advocate for its destruction, terrorist groups despise the Brotherhood for its overall moderate practices and its participation in Egyptian politics. Al Qaeda sees the Brotherhood as nothing more than responding to Mubarak’s bidding as a weak opposition party.

However, the Muslim Brotherhood’s overall goals appear reasonable when put in the context of what other Islamist political parties have to offer throughout the Arab world.

The U.S. government’s myopic view of the Muslim Brotherhood by lumping it with Al Qaeda, Hamas, Hezbollah and other extremist groups has prevented policymakers from reaching out to moderate Muslim political parties. Part of the problem is the Obama administration and past presidents have been unable to define what makes a moderate Muslim because they view political Islam as a monolithic movement.

To President Obama’s credit, he acknowledged his support this week for the Muslim Brotherhood to play a role in a new Egypt.

That support, however, is conditional. The Obama administration is insisting the Brotherhood recognize Egypt’s democratic goals and reject violence, which the organization has already articulated. Granted, the Brotherhood’s attitude towards Israel is odious to Westerners, but Obama recognizes that such groups are entitled to sit at the table if a true democracy in Egypt is to emerge. The Muslim Brotherhood is not the perfect answer, but it’s a starting point.

A  Pew Research Center poll released this week found that 59 percent of the “Muslims in Egypt believe democracy was preferable to any other kind of government.” However, 59 percent of Egypt’s Muslims also identified with Islamic “fundamentalists” while only 27 percent identified with “modernization.”

So how is the Obama administration to interpret these seemingly contradictory responses? The answer is in the language of the poll. Modernization to many Arabs usually means liberal, and liberal often implies a loosening of society’s moral standards and loss of Muslim identity. Fundamentalism is preferable to their idea of modernization, but they view fundamentalism as compatible with democratic principles. It’s a nuance lost on U.S. policymakers.

Democracy is around the corner for Egypt, and it could include religious aspects, but that’s no disaster.

One Response to Muslim Brotherhood No Threat to the West