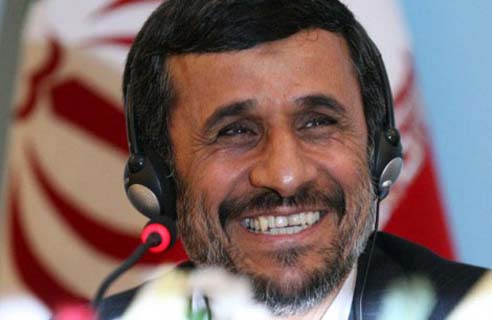 They’re baaaack. The Organization of Petroleum Exporting Countries (OPEC) is being chaired by Iran at the moment. And Iran thinks the run-up of the price of crude to over $90 a barrel is just dandy and requires no new OPEC meetings or adjustment of production quotas among members.

Meanwhile, the US is back to using 20 million barrels a day of petroleum, an increase of 4.4 percent over last year this time. The US, the superhog of gas hogs, uses nearly a fourth the world’s daily petroleum production despite having only a twentieth of the world’s population. Increased US demand, along with rapidly growing demand in Asia, helps account for the relatively high petroleum prices. Some analysts think you could see another big run-up in oil prices in 2011 reminiscent of 2008, with gasoline prices going to $4 a gallon in the US by this summer and then ultimately going on up to $5 a gallon.

Depending on how high demand is in Asia, the higher prices could be offset a bit if Saudi Arabia decided to pump, say, an extra million barrels a day for a while. They are among the few producers with that sort of excess capacity. That development seems unlikely, however, until at least the summer. Iraq hopes to add production capacity, but it may be years before it is enough to affect prices in the face of spiking demand. (1.2 billion Indians are thinking seriously about driving automobiles instead of riding their bikes).

Since US sanctions on Iran exempt petroleum sales, Iran’s government is positioned to reap a windfall from the price run-up, perhaps offsetting some of the pain inflicted by restrictions on Iranian banks. President Mahmoud Ahmadinejad must enjoy sticking the West with this winter’s high prices, as a little revenge for the sanctions.

Another petty act of revenge has to do with his blockage of petroleum trucks from entering into Afghanistan. Afghanistan warns that a crisis is brewing as a result of the virtual blockade. Fuel trucks coming up through Karachi via Pakistan to Afghanistan have been targeted by the Taliban, so Iran was the other major import route. Iran seems to suspect that some of the petroleum imports into Afghanistan go to US military vehicles, and this is possibly Tehran’s way of repaying the US for its economic sanctions.

So, to sum up, Iran won’t let OPEC meet to revise production quotas upward. That refusal leads to high gasoline prices for the American consumer this winter and possibly longer. The extra billions in petroleum profits will lard the Iranian government’s coffers, insulating the regime from the worst effects of US and UN sanctions. And, Iran is in a position to bring the pain to Afghanistan, US troops, and NATO by blocking fuel exports across its borders.

Yeah, we’ve got them right where they want us.