Three Steps to a ‘New Israel’: It Can Be Done 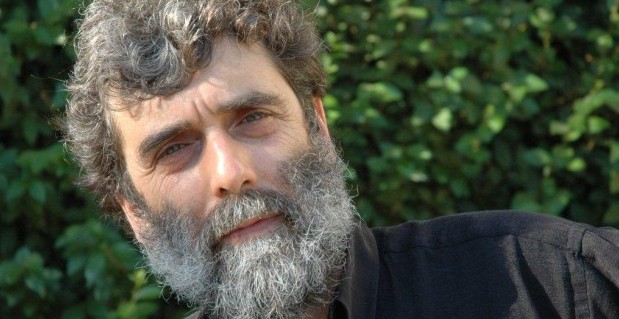 With international attention distracted by Iran and Syria, Israel’s fateful entanglement in the West Bank hardly gets a mention in the news these days.

Over the years, much has been written about the now 45-year-old Occupation’s deleterious effect on Palestinians. But in a significant new book, The Unmaking of Israel, launched recently at the Palestinian-owned Educational Bookshop in East Jerusalem among other places, Israeli historian Gershom Gorenberg argues convincingly that the Occupation is also having a destructive effect on Israel, or at least its chances of being a liberal-democratic society.

Unlike other critical works on Israeli policies in the Occupied Territories, Gorenberg’s book is written from an Israeli perspective, and out of a deep and personal sense of compassion for Israel’s future.

Author of The Accidental Empire, a history of the early years of the Jewish settler movement, Gorenberg in his new book has a here-and-now agenda that is almost clinical. He refers to future Israeli law enforcement officers being trained on an illegal West Bank settlement outpost, and examines the army rabbinate distributing a pamphlet erasing the distinction between combatants and civilians, from the perspective of physician diagnosing an illness and prescribing the cure.

Although Gorenberg mentions Israel’s 1948 declaration of independence only in passing, his work leads to the conclusion that the Occupation, because it is based on privileging settlers over Palestinians, undermines Israel’s initially declared intent to establish a society that would at once be Jewish, democratic and just – or in its founders’ words, ”based on the precepts of liberty, justice and peace as envisaged by the prophets of Israel.”

Most significantly, Gorenberg offers actual proposals on how to cure Israel so that it can rebuild itself as a liberal democracy.

”First, it must end the settlement enterprise, end the Occupation and find a peaceful way to partition the land between the Jordan and the Mediterranean”, he writes.

Second, it must divorce state and synagogue.

Third and most basically, it must graduate from an ethnic movement to a democratic state in which all citizens enjoy equality. In practical terms, he calls for ending government subsidies to settlements, assisting settlers to afford reasonable housing inside Israel, and offering affirmative action programmes to Israel’s Arab minority.

The US-born author has written his exceptionally accessible, penetrating and well-documented critique from a liberal Zionist perspective (namely a belief that Israel can and should be fully democratic and dovish while remaining Jewish) and as an observant Jew. He is worried for the sake of his children and does not polemicise as an opponent of the Jewish state.

”I am writing this book because I am concerned about my country’s future . . . Israel is unmaking itself, and must put itself back together”, he writes at the beginning. Gorenberg insists it is still possible to turn things around and emerge with a ”thriving democracy within smaller borders” despite growing assessments on both sides that the two-state solution is moving towards extinction.

Along these lines, what Gorenberg appeared to like most about the setting for his talk, the Educational Bookshop, was a huge map of Israel, the West Bank and Gaza Strip on the wall. The West Bank and Gaza were delineated by a border, making them distinct from Israel. ”It is impossible to find a map like that in Israel”, Gorenberg said.

In his book he explains why this is the case. After Israel’s stunning military victory in the 1967 War, Israeli government minister Yigal Allon, who favoured territorial expansion, issued an order to the Survey Department that the only boundaries of Israel would be the 1967 ceasefire lines, not the pre-war boundaries. Nearly 40 years later, a study conducted among students at Hebrew University found that only 37 per cent could draw the approximate line between Israel and the West Bank.

This would, in my view, appear to underscore the need for much hard work in educating a new generation of Israelis to understand that the size of one’s country on the map pales in importance to its being a truly democratic society and that human well-being takes priority over sanctified territory.

Among Gorenberg’s prescriptions, he writes that Israel ”needs to put a border back on the map. Within that border, the government needs to rule by the consent of the governed. It needs to restore the rule of law and end the ethnic conflict. Peace with the Palestinians is a means for achieving these goals.”

Ben Lynfield is a freelance journalist based in Jerusalem whose articles appear in The Scotsman and The Christian Science Monitor.