‘Chess Master of the Middle East’: How Would He Have Dealt with the New Arab World? 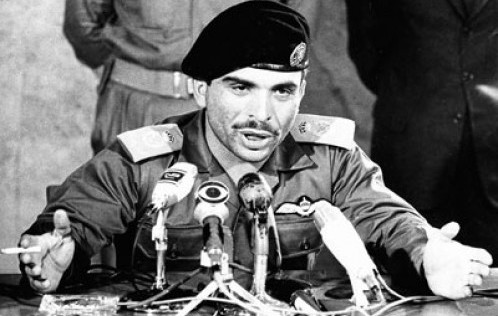 Every year, HM King Hussein is quietly remembered on the day that he was born. If he had lived, he would have been 76 today. And while in past years throughout this last decade or so, such a day would have either gone unnoticed by me (I have trouble remembering my own birthday some times) this year is a bit different. This year it is almost impossible for me not to stop and reflect, even for a brief moment on King Hussein and ask myself the only question I cannot help but think about: what would Hussein have done?

In context of this Arab Awakening it is a pertinent question for most Jordanians. Far from the worshiping complexes that some in the Arab world have of their leaders, King Hussein, even in an objective light, was simply a man who had unmatched skills. In other words, whether it’s the lingering sycophants or the most abrasive critics, whether it was those closest to whom or those who considered him an enemy – most cannot reject the fact that he was a skilled leader. He often took strategic decisions considered unpopular by most, but did so with such passion, force and eloquence that it was difficult not to feel even a little inspired. When I think of a legacy of leadership, an entire body of work, I often think of King Hussein. I think of him on television during the bread riots in Karak during the mid 1990′s – sitting behind a desk, shirt sleeves rolled up, cigarette in hand, chastising rioters like a father to his misbehaving sons. It was a scene that has been marked on my memory.

The man had skills. The kind you get when you are able to survive through the most turbulent decades in the region’s history. If politics is a game, and the history of this region affirms that, then he was closest to a chess master as I’ve ever seen. And with that, one cannot but wonder if things would have been different today. Not only in Jordan, but maybe even the region. There have been numerous times this past year when I would reflect on an event here at home and wonder how King Hussein would have acted, in the same way that I find myself wondering in everyday personal situations how my father would act, react, behave, and respond. What decisions would he have taken?

Every leader faces the world in his own time, and in his own way. But on today of all days, I have to wonder: what would King Hussein do?