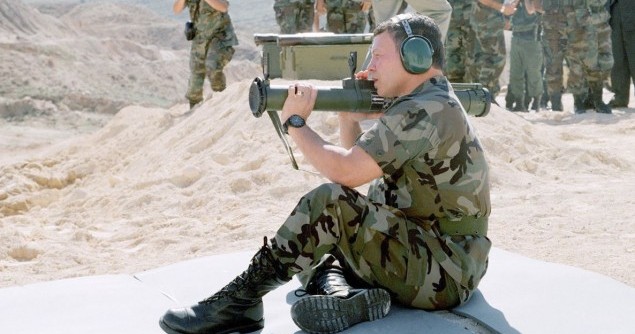 By now, most of the world has become well aware of an alleged terror plot driven by 11 Jordanians, which sought to target key places throughout the Capital. At a time when Jordanians, and indeed much of the immediate region, is on high alert when it comes to security – given the bloodshed in Syria, the recent bombing in Beirut, and the continued instability of the region – it goes without saying that this piece of news has rattled many Jordanians. With the regional context and its ongoing impact on Jordan in mind, it is interesting to note not only the evolving rhetoric regarding this plot in the mainstream papers, but also the impact of a more security-minded nation on the overall reform process.

Jordan’s main selling point has always been its relative security and stability – the keyword here being “relative” – and both its intelligence sector and its foreign policy are geared towards limiting the frequent overspill of regional conflicts, while managing domestic affairs as well. The past ten years alone have seen the Kingdom endure the second intifada, the US-led invasion of Iraq and the subsequent influx of refugees, the bombing of Lebanon in 2006, and the Arab Spring. This is to say nothing of experiencing its own act of terror during the 2005 Amman bombings. Every time, Jordan has managed to endure.

But, while security remains paramount, there’s also a need to understand that specific policies underlying impact on the reform process, which is critical now more than ever. The emerging rhetoric honestly frightens me, and this is probably because security is framed in the context of being such a strict red line that one cannot even have a real debate or civil discussion about it and its impact; a debate that is much needed. The emerging rhetoric is one that runs the risk of disconnecting the subject of reform from security, when they need to go hand in hand. The country cannot sacrifice one for the other, and neither can it survive without the other – this much is certain.

And here, I am reminded of the Amman bombings of 2005 and what transpired soon after. We immediately had a new government and Prime Minister, and out of the blue, it was a government that was quick to push a pro-freedom rhetoric (along with national unity and security) in the weeks that followed the bombing. I don’t recall Jordanians going out to protest prior to the bombings and calling for reforms or greater freedoms, but here was a new government subtly making the most obvious of connections: more freedoms, better political representation, more accountability, tends to decrease opportunities for extremism to thrive.

Such arguments have also been made by HM King Abdullah over the years, and specifically throughout the Arab Spring, which he has more than once described as an “opportunity”. Yet, in the same way that the Amman bombings offered such a brief moment of opportunity, it was quickly squandered by the same Prime Minister and his government, which yielded one of the most security minded governments to date, with the corruption of the 2007 election being on its watch. Even announced plans to develop a “freedom square” in Amman to allow for citizens to speak their minds freely were erased from memory within a matter of months. How did people react to all this? Apathy. Because security was/is paramount.

That context is important, and even more so now when we consider the environment this Arab Spring has created, where there are both calls for reform, as well as a recognition by the state that it is now necessary in order to survive and grow.

While it is easy for the country to fall in to the trap of fear – a trap that involves external factors like Syria, worrisome political outcomes like Egypt and its Islamists, as well as domestic factors that include our own Islamists, terror plots, etc – it’s a path that will derail this process and land the country back in the exact same position several years from now. I might safely argue that most Jordanians, like most human beings, are prepared to sacrifice rights for security, and I might even argue the state is both aware of that and has a history of capitalizing on it. However, it would be wise to reaffirm the fact that while the country can never be completely safe and secure (and no country is), without reform, without increased freedoms, without social justice, without equal opportunities, without accountability of the governing powers – that security’s value becomes increasingly eroded.

And this security rhetoric being spewed out by editorials and shoddy pundits in the mainstream media, is an absolute enormous disservice to the country, pushing it further in to that dark corner it is struggling to break free from, allowing the status quo to continue unhindered and unaccounted for, with no pressure, motivation or incentive to change within the framework of an articulated vision and an established accountable timeline. And so, not only do our realities remain unchanged due to fear and a need to put “security first” and nothing else, but the very issues that fuel extremism, and cause instability (including poverty) are simply exacerbated.

Security may be paramount in a country like Jordan, but it’s genuine reform that will allow it to thrive and subsequently decrease the risks that currently leave it open to attack; especially domestic attacks. Politicizing this terror plot in an attempt to push out a “let’s not rock the boat” mindset is to encourage fear and discourage social demands. The problem is that we end up with a population that prefers to remain quiet out of fear and prefers to continue to endure, and a state that is more able to escape accountability and get away with more political theater. In other words, we get more of the same plaguing issues, no real motivation to cure them, and a population that pushes its discontent further and further down.

To some, especially the conspiracy driven, the beneficiaries, the elite, and what have you – this may sound like a perfect outcome for Jordan amidst the Arab Spring, but in reality, we are only postponing an inevitable confrontation with even greater potentially dangerous outcomes.

These moments are opportunities for genuine change, not sabre rattling, fear mongering or the thickening of red lines.