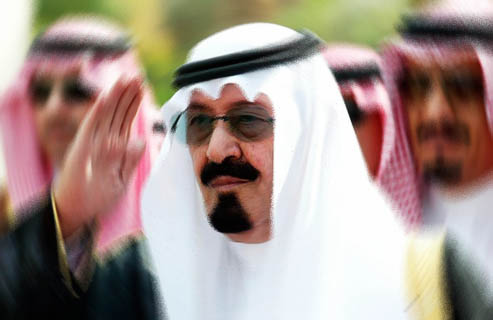 These are uncertain times for Saudi Arabia, the world’s largest oil producer and a key ally in the struggle against militant Islam. The conservative kingdom is balancing on the cuff of a change in leadership that threatens to introduce a period of volatility as the health of its most senior, octogenarian royals falters. At risk, is continued reform designed to curb the sharp ends of the kingdom’s puritan interpretation of Islam and create greater economic and social prospects and opportunity.

Fuelling the uncertainty is the fact that understanding the inner workings of the ruling royal family is akin to the art of reading tea leaves. That art is in high demand with 86-year old reformist King Abdullah recuperating in New York from an operation to relieve haematoma resulting from a prolapsed disc. Abdullah’s illness is not life-threatening, but has raised the spectre of a Saudi Arabia ruled by a succession of short-lived monarchs. The king’s medical treatment comes weeks after he appointed his son as commander of the National Guard, the Bedouin force responsible for the royal family’s security, and the return to the kingdom of Prince Bandar bin Sultan, the former Saudi ambassador to the United States who is a consummate dealmaker. Taken together, these developments suggest that Saudi Arabia’s ruling family may be preparing for a gradual transfer of power to its next generation.

The stakes for Saudi Arabia as well as its western allies are high. Concern focuses on whether Abdullah’s reforms intended to defeat militant Islam, liberalize the economy, reduce unemployment, fight corruption, limit the power of the conservative, religious establishment and reform the judiciary have taken sufficient root to survive his rule. The reforms challenge basic tenants of the powerful clergy’s puritan interpretation of Islam that coupled with the lack of economic opportunity creates a breeding ground for religious militants. Saud Arabia’s recent announcement of the arrest of 149 primarily Saudi members of Al Qaeda and revelations that the curriculum of some 40 Saudi schools in Britain and Ireland preach hatred, racism and incitement to violence underlines the urgency of continued reform in the kingdom.

In an absolute monarchy in which passes down the line of aging sons of King Abdulaziz, the kingdom’s founder, Abdullah’s most probable immediate successors are grappling with health issues of their own. 84-year old Crown Prince and Defence Minister Prince Sultan, returned to Saudi Arabia on the eve of Abdullah’s departure from a two-year absence due to illness. Their younger brother, Prince Nayef, the 76 year-old interior minister who is third in line, may not be healthy enough to fully take over the reins of power when his time comes. Nayef, moreover, is widely viewed as a hard line and conservative, raising questions about whether he would pursue reform with the same zeal as Abdullah.

Tension between Sultan and Nayef could well erupt in a post-Abdullah Saudi Arabia as the kingdom prepares to hand the reins to the next generation, Abdulaziz’s grandsons who may not be as amenable as their elders to compromise in the competition for power. Abdullah’s creation in 2006 of an Allegiance Council made up of Abdulaziz’s surviving sons and grandsons to confirm the nomination of crown princes was intended to formally involve the next generation in the succession process. It could well serve as a platform to fuel their ambitions.

The creation of the council signalled that Saudi leaders were envisioning the day on which power would pass to their sons. Abdullah reinforced this view by in November appointing Prince Mutaib, his 57-year old son to replace him as commander of the National Guard. In a country in which senior prince’s run their ministries as family fiefdoms, the appointment was widely seen as Abdullah emphasizing that it was time to start turning over power to the next generation and possibly kick starting changes in anticipation of a changing of the guard while at the same time reducing the risk of a power struggle within the family.

In this scenario, Prince Sultan would step down as defence minister in favour of Khalid bin Sultan, his deputy and son who gained prominence as commander of Arab forces during the 1991 expulsion of Iraq from Kuwait. Critics hold Khalid responsible for tactical mistakes that caused higher than necessary Saudi casualties in fighting last year against rebels in Yemeni tribal areas bordering on the kingdom. Further change would involve the succession of ailing Foreign Minister Prince Saud al-Faisal by his brother, Prince Turki al-Faisal, the former head of Saudi intelligence who served as ambassador to Britain and then the United States. Similarly, Prince Nayef would is likely succeeded as interior minister by Prince Mohammed, his son and deputy minister who has earned praise for his leadership in battling the Islamists.

The envisioned changes leave open the question of who will ultimately emerge as the monarch to steer Saudi Arabia through continued reform designed to eradicate the grounds on which the militants feed and ensure that the economy can compete in the 21st century. For much of the past decade, reformers and Western officials saw the 74-year old long-standing governor of Riyadh, Prince Salman, a full brother of Prince Nayef, as their preferred candidate. Recently, however, Prince Khalid al-Faisal, the 69-year old governor of Mecca, an accomplished poet and painter known for his friendship with Britain’s Prince Charles and his successful administration of the province of Asir, home to several of the perpetrators of the 9/11 attacks on New York and Washington, appears to be emerging as a compromise candidate.

All of this amounts to little more than reading tea leaves. The good news, however, is that Saudi Arabia’s most powerful princes appear determined to reduce the risk of volatility by seeking to ensure a smooth generational transition that would allow the kingdom to push ahead with the reforms needed to create a more open, competitive economy capable of offering Saudis prospects that compete with the dire alternative put forward by Islamist militants.