Saudi Student’s Arrest Will Have Unplanned Repercussions in the U.S. 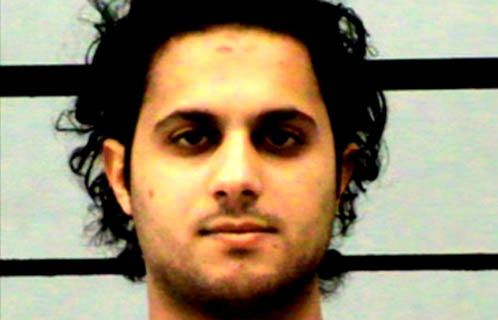 Saudi student Khalid Aldawsari can rest easy if he thinks his suspected attempts to engage in terrorism in the United States have failed.

He accomplished more than he knows.

Aldawsari, 20, is accused of plotting to bomb several targets in the United States, including the Dallas residence of former President George W. Bush. According to the FBI, he apparently had childhood dreams of waging war against the U.S. for a variety of transgressions against Muslims. He never outgrew those fantasies and had planned to use his student status as cover for his alleged terrorist activities.

The FBI alleges in an affidavit filed with the Texas U.S. District Court that Aldawsari apparently acted alone. Yet he accomplished at least one goal of Al-Qaeda: He drove the wedge a little deeper between the U.S. and Saudi Arabia.

There are about 30,000 Saudi university students studying in the United States, nearly four times as many students in 2001. Every one of them has now become a terror suspect.

Following 9/11, the number of Saudi students applying at U.S. universities dramatically fell. The U.S. government tightened its visa requirements and Saudis were reluctant to study in the west because they feared backlash from Americans.

The U.S. consulate in Jeddah shut down its visa application center and sent Saudis to Riyadh where they often waited in long queues outside the embassy. Saudis also feared the U.S. would revoke their visas at any time, increasing the chances that they could lose credits that may not transfer to another university.

Many Saudis decided to study in the United Kingdom, where they numbered about 16,000 in 2010.

Efforts by the Bush and Obama administrations and the Saudi government turned things around. In 2008, the U.S. granted about 10,000 visas to Saudi university students. That number grew to 26,744 in 2010. The Jeddah consulate recently re-opened its office for visa applications.

Already, though, there are calls for tightened visa requirements on foreign students.

Within a day of Aldawsari’s arrest, Republican House Judiciary Committee Chairman Lamar Smith of Texas said, “We shouldn’t be surprised that terrorists continue to enter the U.S. on visas when our immigration laws are so loosely enforced. The 9/11 hijackers entered the U.S. after obtaining visas. And the Christmas Day bomber was able to board a plane en route to Detroit because he too had a visa.”

Umar Farouk Abdulmutallab’s attempt to blow up an Airbus 330 in Detroit in 2009 further increased scrutiny of Muslim travelers. Saudis, for example, now undergo supplemental screening for visas in which a separate form asks applicants to identify their tribe, their charitable affiliations, weapons expertise and whether they belong to any terrorist organizations.

Most Saudis gladly accept the additional scrutiny for the opportunity to study in the U.S., but Aldawsari’s arrest will prompt legislators already skittish about immigration to further tighten regulations. Smith is now arguing for strengthening the Patriot Act and immediate implementation of the 2005 REAL ID Act that establishes a national standard for issuing identification to prevent suspected terrorists from receiving driver’s licenses.

Aldawsari’s actions played into the hands of immigration foes. According to the FBI affidavit, Aldawsari earned good grades and learned English in secondary school for the sole purpose of winning a university scholarship to further his plot in the U.S. The Saudi government and private Saudi companies approved his applications for a full scholarship. But he chose a private scholarship from Saudi Basic Industries Corporation (SABIC) because it offered more money to finance his alleged plot.

He studied English beginning in 2008 at Nashville’s Vanderbilt University before transferring a year later to Texas Tech University in Lubbock, Texas. He then transferred to South Plains College in January. Aldawsari was careful to comply with immigration regulations by notifying authorities when he changed colleges. His Saudi classmates told investigators Aldawsari was antisocial.

American universities take it for granted that students by the time they reach 18 understand the cultural differences between U.S. and foreign students. Young Saudis, however, come from a closed society. Many are naïve and lack critical thinking skills. Some Saudis are unprepared for an open society. Universities can identify these students by incorporating cultural awareness and dialogue sessions in their required English language programs. By identifying young people struggling with a free society, university personnel can also get a better handle on a student’s ideology. Simply asking a young Saudi man to write an essay on the differences between U.S. and Saudi societies guarantees illuminating results on how he thinks.

For now, however, Saudis can expect further delays in their visa approvals, which will jeopardize their studies to the point that they will go elsewhere for an education.

It’s particularly troublesome for Saudi women who have seen the field of studies widened for them. University degrees in science, law and the arts allow young Saudi women to compete against men in the Kingdom’s workplace, which is a goal among human rights groups.

If the U.S. restricts foreign student immigration to the point that young people don’t want to study there, then it compromises its policy of helping Saudi women gain their rights. This, of course, accomplishes the goal of militants who want Saudis out of the U.S. and back in Saudi Arabia.

One Response to Saudi Student’s Arrest Will Have Unplanned Repercussions in the U.S.