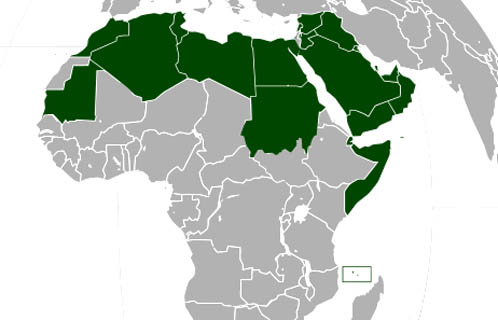 The Arab League put its impotence and irrelevance on full display this week.

Mr Arabi’s remark after talks in Damascus with Mr. Assad and other senior officials coupled with the Arab world’s lack of condemnation of the crackdown in which so far some 2,000 people have been killed is likely to be remembered long after the Syrian leader has been removed from power.

Arab League officials had been arguing privately that the Arab world needed to send a message to the protesters who have shown remarkable resilience and perseverance in the face of Mr. Assad’s brutal crackdown. The problem is that it has now sent the wrong message even if he softened his remark by adding that Mr. Assad was an issue “exclusively for the Syrian people to determine.” That message was reinforced by Mr. Arabi’s unqualified statement that Mr, Assad had assured him that “Syria has entered a new era and is now moving on the road of a genuine reform.”

Mr. Arabi was responding to comments made by President Barack Obama and US Secretary of State Hillary Rodham Clinton in the wake of an attack on Monday by supporters of the Syrian leader on the US and French embassies in Damascus.

The Arab League’s refusal to condemn the Syrian crackdown caters to a spectrum of views that ranges from paralysis and a fear to see the Arab revolt succeed beyond Egypt and Tunisia to the belief that the Syrians are best left to themselves in their effort to unseat Mr. Assad.

To be sure, Mr. Assad, who has closely aligned his country with Iran, has few friends among Arab leaders, many of whom blame the revolt sweeping the Middle East and North Africa on interference by the Islamic republic.

Most Gulf states, including Saudi Arabia have had strained relations with Syria since the murder in 2005 of former Lebanese prime minister Rafik Hariri, a Saudi citizen and facilitator of Saudi policy in Lebanon where Iran has influence through Shi’ite group Hezbollah. Saudi Arabia accuses Mr. Assad of assisting Iran to expand its influence in the Arab world.

Many Arab states moreover resent the fact that Mr. Assad, and before him his father, Hafez al Assad, cajoled events in the region over the past decades in by funding sympathetic groups abroad and boycotting others.

Nonetheless, paralysis and uncertainty about who might succeed Mr. Assad appears to have blinded Arab leaders to the fact that the Syrian president’s departure could deprive Iran of it most important Arab ally as well as an entry point to Lebanon.

Some Arab leaders reckon that even if Mr. Assad survives the turmoil, he’ll be so weakened and his economy will be in such poor shape that he will desperately need the support of oil-rich Gulf States. That would allow the Gulf States to force him to weaken his ties to Iran.

If anything Mr. Arabi’s remark highlighted the shrill Arab silence with the vocal but ineffectual condemnation of Mr. Assad by the United States and Europe. The Western nations have further imposed economic sanctions on the Syrian leader and his associates, which have so far done nothing to persuade him to change his ways.

Syrians, nonetheless, know where the United States and Europe stand and have benefited from aid to non-governmental groups that among others has allowed them to maintain and broaden their access to the Internet.

None of that can be said for Arab leaders and the Arab League. On the contrary, Mr. Arabi has seemingly put the league in Mr. Assad’s camp in condemning the US. Syrian Foreign Minister Walid Moallem at least admitted during Mr. Arabi’s visit that the attack on the embassies had been wrong.

The Arab silence and Mr. Arabi’s remark can only reinforce a belief in Damascus that Arab states effectively back Mr. Assad’s crackdown. If that is not the case, the onus is on Arab leaders and the Arab League to set the record straight.

One Response to Arab League Exhibits Its Impotence (Again)