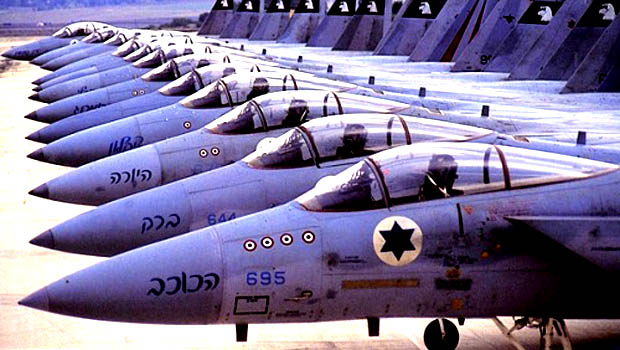 On April 10, 2002, then British Prime Minister Tony Blair told the House of Commons, “Saddam Hussein’s regime is…developing weapons of mass destruction, and we cannot leave him doing so unchecked.”

A year later, Blair, enthusiastically joined a US-led coalition that launched an illegal war against Iraq. Their hunt for weapons of mass destruction was futile because no such weapons actually existed. The Iraq Survey Group, a 1,400 strong member organization set up by the CIA and the Pentagon, made every attempt to prove otherwise, but only came back empty-handed. In its final Duelfer Report, released in September 2004, the group “found no evidence of concerted efforts to restart the [nuclear] program.”

One would think that the years between 1991 – the first war on Iraq – and 2003 would have been enough to convince US-led western allies that economically besieged, politically isolated and war torn Iraq had no capacity for producing such weapons. Still, Iraq was attacked with a ferocity that left hundreds of thousands dead and a destroyed country. The outcome of the misadventure may be history to some, but it is a devastating reality for millions of Iraqis.

Considering all of this, shouldn’t we at least expect a slight change of course?

‘Drums of war beat louder as Iran and Israel step up rhetoric,’ declared a story headline in the British Independent newspaper on February 4, while ABC news stated that ‘Fear of Israel War With Iran Grows Amid Heightened Nuke Concerns.’

Of course, there is great deal of journalistic trickery in how the story is being reported. Iran did promise retaliation if attacked, but the possible war is being initiated and engineered by Israel.

In fact, contrary to popular perception, the potential war is not an exclusively Israeli-Iranian matter. While Israel is sorting out logistical issues, Western allies are actively working to both choke Iran economically and isolate it politically. The strategy may give the impression that Israel is the predator moving for the kill, but all other details are being sorted out in Western capitals.

As was the case with Iraq, Western allies are now hatching up both legal and political discourses. As they continue to escalate on multiple fronts, inspectors from the International Atomic Energy Agency (IAEA) seem to conveniently run into all sorts of obstacles in Iran itself.

Meanwhile, mainstream media continues to hype the idea of Iran as a threat to Israel and the United States. Comments made during a Friday sermon by Iran’s supreme leader Ayatollah Ali Khamenei, which threatened serious retaliation in case of attack, were stretched in every possible direction to give an impression of dangerous Iranian leadership. This was intended to retrospectively cement the bizarre Israeli narrative that ‘Iran must be stopped before it’s too late’.

U.N. Nuclear Inspectors’ Visit to Iran Is a Failure, West Says,’ declared a headline in the New York Times, although the story itself pointed to the fact that the inspectors merely faced problems meeting a key scientists and would return later in the month.

The media anxiety reached an all time high with the publishing of a report in the Independent, which suggested that US Defense Secretary Leon Panetta “believes Israel could strike nuclear targets in Iran before the summer after concluding that military action might be needed before it was ‘too late’ to stop Tehran’s nuclear program”.

The saber-rattling that preceded the Iraq invasion prepared public opinion for a war that should never have taken place. In the case of Iraq, Israel was a central piece in the US justification for war. Defending Israel from some imagined Iraqi threat was used by every war enthusiast in the US government and media.

Now, it’s Iran’s turn. The ugly deed this time is likely to be perpetrated by Israeli hands as early as April, according to Panetta. (One would argue that a dirty war is already underway as a number of assassinations targeting Iranian scientists have been committed.)

While the very suggestion of war was an Israeli-US ‘option’ that has been tossed back and forth since at least 2005, no sensible Iranian position is to be found in Western media reporting.

“Iran argues that as a signatory to the Non-Proliferation Treaty and a member of the International Atomic Energy Agency (IAEA), it has every right to develop and acquire nuclear technology for peaceful purposes,” read a news article published in Iranian Press TV website.

No such claims will be assuring enough to the Israeli leadership. When Hamas’ feeble home-made rockets are viewed by Israel’s official discourse as an ‘existential threat’, one can imagine the trepidation of co-existing with a militarily strong Iran. Israel’s Prime Minister Benjamin Netanyahu and his Defense Minister Ehud Barak are the two major proponents of the ‘bomb Iran before it’s too late’ argument. Considering Israel’s existing arsenal of nuclear weapons, subscribing to the Israeli logic is paramount to accepting that only Israel somehow has the moral capacity to use WMDs wisely.

Chillingly, officials used the annual conference of Israel’s security establishment at the Inter-Disciplinary Centre in Herzilya to mostly discuss the ‘how’ and ‘when’ of launching their attacks. Vice Prime Minister, Moshe Yaalon is determined that “one way or the other…(the) messianic-apocalyptic” Iranian nuclear project would be stopped. Yaalon is a passionate supporter of the theory that Iranian ungrounded facilities can in fact be penetrated by bunker-buster bombs.

However, using the Iraq war narrative for comparison must end here. The fact is, there are also significant differences between both cases. Iran is a major regional power, geographically massive and cannot be politically ‘contained’ or economically choked without exacting a high price from all parties involved. No ground invasion is possible, for the US is counting its losses in Iraq and is cutting down its military budget. Iran has had enough time to anticipate and prepare for all grim possibilities. The American-British-Western public willingness to subscribe to another war rationale is at an all time low. And an act of war could destroy any remaining semblance of stability in a strategically and economically precious region during a time of global recession.

If history ever repeats itself, it does so only when we fail to learn its important lessons. Israel might be prepared to take such chances, but why should the rest of the world?

– Ramzy Baroud (www.ramzybaroud.net) is an internationally-syndicated columnist and the editor of PalestineChronicle.com. His latest book is My Father Was a Freedom Fighter: Gaza’s Untold Story (Pluto Press, London).