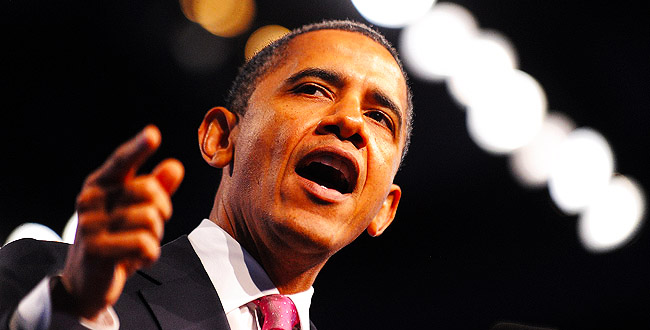 Barack Obama is playing a very dangerous game regarding Iran. He speaks to Israeli leaders like Bibi Netanyahu and his pro-Israel supporters in Aipac like an Iran hawk, placating them with suitably hawkish rhetoric. While the very next day, he tells a White House press conference those who lobby for war that “this is not a game.” He added, in a deliberate rebuff both to the Republican right and Netanyahu himself, that Iran doesn’t have a nuclear weapon and isn’t likely to get one for some time.

He knows the pro-Israel audience needs to hear him say he is willing to commit America’s might to the fight against Iran. But he also knows the American people don’t want another war. In essence, he’s violating an old and very wise Yiddish saying: You can’t dance at two weddings with one tush.

His calculation is something like this: while the pro-Israel constituency is electorally important, Israel per se isn’t. So if he offends Bibi Netanyahu by not going to war against Iran that’s no skin off his back. It’s American Jews he must finesse. He’s banking on speeches like the one he made at Aipac, which gave the appearance of a president on the cusp of war (while not quite being there), providing some breathing room. The key thing is to maneuver politically so that neither side (the pro and anti-war) can accuse him of betraying its interests and appear credible doing so.

I think he may have also come to the feeling that ultimately, he cannot stop Israel from attacking Iran if it is hell bent on doing so. To prevent an Israeli strike, might create bad blood with American Jewish pro Israel leadership. Besides, if Israel does attack Iran both may come out with bloodied noses and this too could serve Obama in the long run both to bring a chastened Israel to heel, and to whup the Ayatollahs upside the head.

What could happen however, is that he will end up severely angering the Israelis and their American supporters by talking out of both sides of his mouth. The Iranians too may not be convinced by the act and treat him like an empty suit. There are very few politicians who can carry this off persuasively. Bill Clinton was one. But I don’t think Obama has near the finesse Clinton had.

Part of this dangerous game is a story published in today’s Haaretz saying that a U.S. official recounted that Bibi had requested from the U.S. bunker buster bombs along with extra refueling tankers that would be critical for an Israeli attack:

The American official said that U.S. President Barack Obama instructed Panetta to work directly with Defense Minister Ehud Barak on the matter, indicating that the U.S. administration was inclined to look favorably upon the request as soon as possible.

The model of armament Bibi requested is not our most advanced bunker buster (that is the GBU 57), so it could not penetrate the Fordow nuclear facility Iran has built. That means that Israel could severely bloody the Iranians, it would still not be able to deliver a knock-out blow against Iran’s nuclear capability, which is what most analysts have been saying all along. This might suit Obama if it sets the stage for a return to the bargaining table with an Iran that has been suitably humbled and possibly more willing to deal.

Though Obama’s purported statement above is not a promise and many things could happen between now and whenever Israel expects those weapons, to make it not happen, giving them to Israel will make an attack that much more likely. That’s why I grow more and more convinced there will be one in the coming months.