Hate peddling: Why Republicans are Failing Israel, Palestine – and Themselves 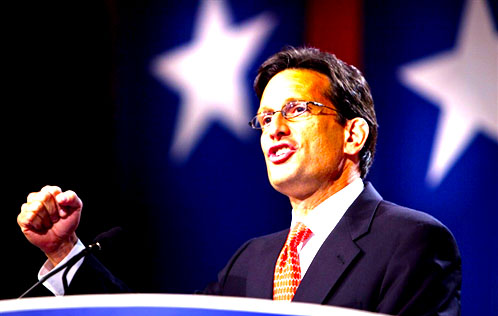 Hate peddling has become fashionable for Republicans who have yet to understand that they can support Israel without desecrating Palestinians and inciting hate. Newt Gingrich recently stated that the Palestinians are an “invented” people. Soon after House Majority leader Eric Cantor (R-VA) said Palestinian culture is infused with resentment and hatred.

Unfortunately, Americans have become accustomed to political candidates speaking to conservative groups, Christian Zionists or pandering for Jewish financial support to make provocative remarks to demonstrate their undying support for Israel. But this kind of political pandering erodes our American values and pollutes our political climate.

Gingrich was forced to clarify his statement. His futile attempt to correct his historical facts were meant to appease mainstream Americans and maintain Jewish and pro Israeli supporters. But for someone who understands hateful generalizations like House Majority Leader Eric Cantor,  his inciting remarks are beyond the pail of civility and quiet puzzling.

Eric Cantor is Jewish and is well aware of  the destructive consequences of stereotyping. His quick labeling of all Palestinians in one sweeping hateful comment is therefore more difficult to understand: he will be very aware that destructive sweeping statements bring harm to an entire people; that they unleash hate.

Regrettably, Cantor and Gingrich’s injurious perspectives are shielding many who are following suite using both sweeping inflammatory remarks as cover for their own profane perspective, which is harming many including Semitic Palestinians and Jews; American Republicans and Democrats; Arabs, Muslims and others (just read the comments the Hill article generated on line).

Both Gingrich and Cantor failed to demonstrate ethical leadership succumbing to convenient offensive politicking for short-term political gain. They have yet to understand they can support Israel without desecrating Palestinians; or grasp that their political pandering is harmful to both Palestinians and Israelis, as well as our own interests and values.

Their malicious claims reflect poorly on Republicans and the Republican political leadership. They should not be tolerated