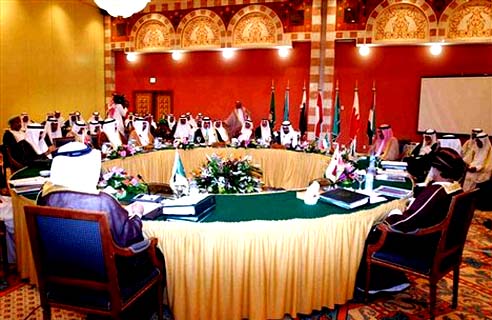 Every year, Gulf citizens collectively hold our breath, hoping that a specific 24-hour period ends in a better way than it started. This day starts tomorrow at the Gulf Cooperative Council summit in Abu Dhabi, where the last leg of the Formula One Grand Prix was held last month. But unlike the competitors in that race, we can all emerge winners from this upcoming event.

It is no secret that the aspirations of Gulf citizens far exceed the achievements of the council. Recently I attempted to capture some of these aspirations using new social media forums. On Twitter, I posed the question: “What do Gulf citizens want from the summit?”

Here are some of the many comments I received: Barrak al Babtain from Kuwait, clearly concerned about the environment, responded “abolish fuel and electric subsidies, invest heavily in public transportation”. From Qatar, Raed al Emadi commented that he would like to see education and health-care budgets as big as those allocated for arms deals.

A post from an Emirati who goes by the handle AlBaron11 requested that leaders give Gulf women the right to pass their nationality on to their children “especially if the father is from GCC”. Another UAE writer known as Al Emarati asked for elected local councils that could vote for a unified Gulf council as well as tackling the population imbalance.

Clearly these are major demands, but what the GCC has already accomplished should not be discounted. Today, most Gulf citizens are able to visit each other’s countries carrying only an ID card. One example of the benefits of this system could be seen in bilateral relations between the UAE and Saudi Arabia. Citizens could cross the border easily until a disagreement prompted Riyadh to withdraw the facility, although the UAE graciously continued to allow Saudi citizens to cross. Perhaps the expected attendance of Prince Nayef bin Abdul Aziz, the Saudi interior minister, in Abu Dhabi tomorrow will pave the way for the ID card agreement to be reintroduced.

Although it was launched in 2003, the Gulf Customs Union is still facing “administrative hurdles” according to Mohammed al Mazroui, the GCC assistant secretary general for economic affairs. Even so, trade between GCC countries jumped from $30 billion (Dh110.2 billion) each year prior to the customs union to more than $70 billion today.

In tomorrow’s meeting the $20 billion Gulf-wide railway network spanning the six states is likely to receive the green light for completion by 2017, although it is not certain that it will be bullet trains as Mr al Slaise hopes.

The future of the Gulf currency union, which has been one of the main discussion points of meetings over the past decade, is almost certainly decided. The withdrawal of Oman and particularly the UAE, which had previously championed the currency union, dealt a severe blow to the plan. The crisis facing Europe’s common currency means any mention of a common currency tomorrow would be only in passing. But that should not dampen hopes that there are many other areas where we can cooperate.

I would also like to propose the creation of a Gulf Joint Embassy project similar to the Nordic Embassy in operation in Berlin since 1999. Denmark, Finland, Iceland, Norway and Sweden have saved money and other resources, finding synergies by grouping together under one umbrella in the German capital. As in the case of the Nordic countries, Gulf culture, cuisine, history, music and other traditions could be promoted jointly across the world hand-in-hand with diplomacy.

A system patterned after the Schengen Agreement could also be introduced for Gulf states for those willing to participate. Already Qatar and Oman have introduced a joint tourist visa for nationals of 33 countries, allowing them to travel freely between states. Perhaps this visa could be extended to other willing GCC countries. Another project in place already allows GCC expatriate residents in certain professions to visit other Gulf countries for one month.

In another area, unifying investment laws for foreigners would certainly encourage foreign direct investment into the region, which decreased last year to $50 billion after a peak of $60 billion in 2008.

The challenges that Gulf countries face are very similar across a diverse spectrum. We all must find jobs for young people, limit environmental degradation, confront Islamophobia, improve education standards, protect the rights of immigrant labour, and face a host of emerging challenges that include food and water security. All of these issues can best be addressed collectively.

Gulf citizens will hope to see practical steps incorporated in next Tuesday’s communique because this summit will signal the work of the coming decade. The Gulf street is holding its breath, and the onus is on our leaders to deliver.