Why the West Supports Autocracy & Democracy 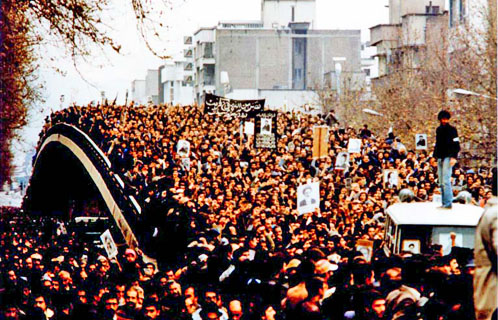 Two complexes afflict western, especially American and French, policy in the Middle East and the Muslim countries generally: 1) the Tehran ’79 Syndrome; and 2) the Algiers ’92 Syndrome.

In both cases Islamist factions effectively co-opted popular unrest in the first case turning a generalized revolt against a particular pro-western dictator into an “Islamic Revolution” that torpedoed a presidential re-election campaign and tanked a major American ally. In the second a predominantly Muslim polity held free elections in which an Islamist party won the overwhelming majority of votes and then devolved into a decade long Civil War.

In the first case, the lesson was to stand by allies in times of crisis for strategic as well as domestic political reasons. No American president, especially no Democratic president, wants to end a first term like Jimmy Carter did.

In the second, the lesson as that democratic processes in Muslim polities, especially in Arab ones, lead to Islamist victories which drastically increases the risk factor associated with political reform or popular protest. The emergency laws so popular in many Arab states (and which usually ban demonstrations or significantly the activities of political parties) therefore seem easily justifiable from the standpoint of western interests.

In both cases, the country put at risk was a major oil or gas producer. Both countries were strategically positioned in terms of either Eurasian or European geopolitics, though one less than the other (Iran in relation to the Persian Gulf and the Soviet Union; Algeria in terms of southern Europe, particularly in terms of immigration and Mediterranean shipping and energy).

The Iranian problem cast its shadow over the Algerian one; and the Algerian experience has loomed over other Arab-Muslim experiments with democracy in America, Europe and the Arab countries.

Iran looms more heavily in the American psyche — with the hostage crisis the Iranian revolution was an enormous humiliation and geopolitical shake up. The Algerian crisis was more serious in the French mind, but has been prominent in American analysis and thinking about Islamists and elections.

It is key to point out that most American writing on Algeria is preoccupied with two phases of the country’s history and one dimension of its politics after 1980: the War of Independence, the 1990/1992 elections and coup and the role of Islamists until about 1999 when material dries up and becomes more narrowly specialized. This is abridged and (over) simplified for brevity’s sake.

The overall lesson was to back incumbents to avoid an Islamist take over facilitated by revolt or elections.

One can discern the trauma of these events in the way many (though not all) American and western policy makers talk, write and act when faced with the fact that their allies in the region are overwhelmingly unpopular and provocatively repressive.

France’s response to the Tunisian uprising (and indeed the whole dialect in which Chirac and Sarkozy discussed their support for Ben Ali: the talk about how France “doesn’t want a Taliban regime” in Tunisia for example; an allusion to Algeria, not Afghanistan),  reflects this most clearly.

The dominant official American attitude toward democratic reform in Egypt is concerned with the possibility that the Muslim Brothers might sweep the polls and cut off the treaty with Israel and debase the American relationship with what is considered a pivotal ally.

Reams and reams of paper have been used debating, discussing, contemplating, marinating on the character, ambitions and fanaticism and enlightenment of the Egyptian Muslim Brotherhood and its allies. Democracy is tolerable so long as there is no Islamist problem.

And in some sense this is a reasonable concern for a country like the United States which, for now, has a relatively narrow interest in Arab politics in both the Gulf and the Levant (oil, shipping and Israel). Yet this tendency frequently imprisons both official and independent thinking, ignoring other political tendencies and the structural and cultural forces that have far more impact on popular unrest and regime instability than Islamism (in public discourse this is sometimes deliberate; and of course there are legitimate concerns along this line related to American national interests).

And this can produce poor analysis of events which is fed to officials whose motivations are driven by all the other things that drive elected and appointed men in America. The result is frequently unsatisfactory from a medium-term perspective. In 1980s and 1990s these attitudes made more sense when autocratic allies were younger and the masses of young people now with so much power in the streets were infants. But the political choice for Arabs is no longer (and probably never was) between dictators and fanatics.

Political alternatives are scarce but not because of civilizational or religious impediments, but because the maintenance of pro-western bulwarks against “Islamists” have deliberately choked them out and excluded large swathes of their populations from political and economic activity.

The kinds of uprisings seen this winter will bleed into the spring so long as long as things remain the same. The process and character of these uprisings deserve careful attention and reflection; there is a potential that these will have an enormously powerful impact on Arab politics far beyond the current regimes or political movements.

2 Responses to Why the West Supports Autocracy & Democracy