Bahrain in the Balance: How Did it Come to This? 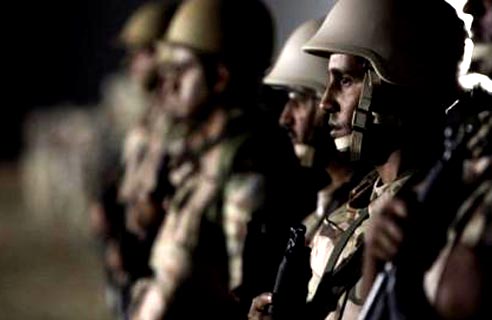 On February 17, three days after protesters took to the streets in Bahrain and started camping out at the Pearl Roundabout, the armed forces were deployed to clear the area. The consensus was that the government had come off as heavy handed, victimising the Shiite protesters who had garnered much sympathy locally and internationally — a crucial tactical success for the opposition when considering that they had spray painted the square with statements such as ‘Death to Al Khalifa’.

Shaikh Salman Bin Hamad Al Khalifa, Crown Prince of Bahrain, recognised this and ordered the withdrawal of the troops and invited all parties to an unconditional national dialogue. This was turned down by those who would be later referred to as the seven parties, led by Wefaq. The opposition demanded major concessions including resignation of the government.

A few days later, a Sunni-led rally was held at the Fateh mosque. Its purpose was to counterbalance the Shiite opposition’s demand with their own reformist demands, as well as those of Bahrain’s other groups. Most importantly, the Fateh rally accepted the call for unconditional dialogue. By then, the protesters had retaken the roundabout in their thousands, peacefully over-running the limited security forces. This was considered a game-changer for the opposition. From their point of view, they now had their ‘Tahrir Square’.

For about a month, the opposition refused the invitation to join the national dialogue. They didn’t trust the intentions of the government, and wanted concessions. The crown prince had already released many political prisoners and reshuffled some cabinet posts but the opposition wanted more concessions and more clarity about how the national dialogue would be carried out.

What followed were largely peaceful protests by the opposition calling for a new cabinet and the ousting of the Prime Minister Shaikh Khalifa Bin Salman Al Khalifa; he has held that position for 40 years and is considered by the opposition as the government’s hardliner.

The opposition figured that if they continued to press for the removal of the premier they would then be in a better position to negotiate with a reformist crown prince. They also calculated the crown prince would also benefit from the ousting of the prime minister by consolidating his power
over Bahrain; something the Bahraini Wikileaks made very clear. And so the protests held a fair sense of probability and were too good an opportunity to let go for the opposition. However, the arrival of Hassan Mushaima, a Shiite hardliner who had been granted amnesty, led to a schism among the protesters.

Mushaima refused the national dialogue outright, described the Al Khalifa’s rule as illegitimate and expired. Mushaima also stated that he had no qualms about reaching out to Iran if the government relied on Saudi help.

The combination of Mushaima’s rhetoric and the opposition’s loss of control of some angst-fuelled youth led to the violent events of past week, including at what the government considered red line areas such as the Bahrain Financial Harbour and Riffa.

The opposition as well as Iran, which condemned the GCCPS’s entry into Bahrain calling it foreign intervention, hugely underestimated exactly how nervous Saudi, the GCC’s largest state and major contributor to the GCCPS, was. Looking at matters from its perspective, 2011 has been a disastrous year for Saudi influence in the region. Its most important allies in the region, Sa’ad Hariri in Lebanon and Hosni Mubarak in Egypt, lost their positions. And the vacuum Yemen’s Ali Abdullah Saleh will soon leave will only strengthen the Al Houthis on its southern border. The Saudis calculated that if Bahrain was allowed to fall then their national, not regional, security would be at risk.

Iran, which for the first time since Iraq’s invasion has been outmanoeuvred and may soon be preoccupied with larger geopolitical risks as Syrian demonstrations escalate, and the opposition are clearly stunned by this move and, for now, can only hope to appeal for international pressure.

As the viability of peaceful or violent protests diminishes day by day, the opposition’s only realistic option is to take the crown prince’s national dialogue offer. Should the dialogue fail then the opposition could credibly put the government’s commitment to reform in serious question with international sympathy.

Failure to do so will prolong the political stalemate, lead to further radicalisation of the moderate groups on both sides and put Bahrain’s position as a business friendly banking centre into long-term question. If the opposition cannot work with the crown prince, Bahrain’s economic challenges will only deepen and it will be forced to turn to the GCC for permanent financial support i.e. become a sponsored state.

Could Bahrain become the new Lebanon? Is Wefaq the new Amal? Will Iran fund Mushaima’s Haq party into a new Hezbollah? Will the GCCPS leave in three months or is it destined for a Syrian-esque presence? The answer depends on what the opposition plans to do next. Without dialogue, the kingdom is the biggest loser of the transformation of political chess to a regional showdown.