Arab Spring: All Pain, No Gain, Just the Same? 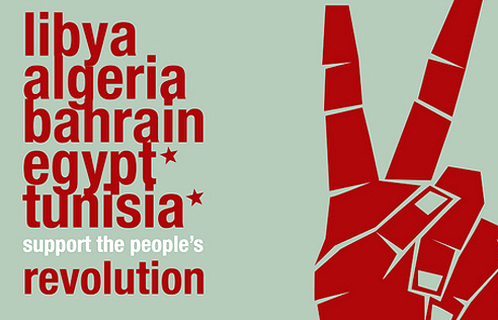 In his final moments, a blood-smeared, emasculated Qaddafi begs his “children” not to shoot. The formerly larger-than-life 42-year Libyan tyrant appears small, manhandled by the National Transitional Council fighters who, according to one version of the capture story, found him hidden in a rancid, massive, concrete drainpipe. The irony is all too obvious: this is the same man who described his countrymen as rats and vermin.

In a moment of frenzy, Qaddafi’s captors ended nearly nine months of bloodshed. Thousands, perhaps tens of thousands were killed, maimed for life, or lost their brothers, fathers, sisters or children as a result of the belligerent, crazed arrogance of a single man, hungry for power and blinded by greed to realize that his end was near.

Qaddafi watched as two neighboring tyrants were toppled within days of each other, each within days of mass popular implosions signaling the spill of sheer human indignation onto streets that repressed them for too long.

Many months and endless speeches later, Qaddafi is caught, humiliated and paraded on every TV screen for the world to see and for dictators to learn that injustice will not go unpunished.

But are the dictators learning their lesson? Didn’t they all watch as Saddam Hussein was executed on the first day of Eid Al Adha, Dec. 30, 2006? True that Hussein’s capture and three-year trial is inadvertently linked to the illegitimate US invasion of Iraq, but the final result is still the same. A ruthless dictator comes to an ugly, undignified end.

Was Syria’s Bashar Al-Assad watching Al-Jazeera, Al-Arabiya, BBC and CNN yesterday, or did he prefer Syrian channel Al Rai whose owner reportedly told viewers that Qaddafi was still alive and fighting and that a message from him was not broadcast for security reasons?

Down south across the Arabian Peninsula, was Yemen’s Ali Abdallah Saleh still trying to negotiate guarantees of protection with the international community, as his henchmen committed more crimes against peaceful protesters, or did images of Qaddafi suddenly thrust him out of his bubble of lies and deceit? Will he finally heed the calls for freedom and self-determination by the valiant Yemeni people or will he switch to another channel like his counterpart in Damascus until he suddenly realizes it’s too late?

The seismic changes that have taken place in Tunisia, where a civilian government will oversee the election of a constituent assembly that will draft a new constitution under full international monitoring tomorrow; and now in Libya, where NATO has officially announced the end of its mission and the National Transitional Council has already mapped out the milestones for the country’s transition to democracy, are sadly a far cry from the situation in Egypt.

Despite parliamentary elections set to kick-off on Nov. 28 and end in March, a precise timeline for the ruling army council to hand over authority to a civilian leadership is starkly lacking. Presidential elections can take place anywhere from October 2012 to mid 2013 if we’re lucky and SCAF has refused to discuss alternative scenarios.

In the meantime pre-January 25 Egypt seems to have re-infused every single one of the state’s institutions.

In an eerie reminder of the run-up to the November 2010 elections, the rampant media gags previously discussed in whispers in newsrooms have over the past weeks taken a whole new shape since the second storming of Al Jazeera Mubasher Misr and the storming of Al-Hurra and The 25 channels for their coverage of the Maspero carnage.

The long arm of censorship has most shockingly reached the studios of ON TV which led respected anchor Yosri Fouda to suspend his popular program “Akher Kalam” because, to use his own words, of the deteriorating climate of media freedom he is being forced to contend with.

Not so long ago, journalist Ibrahim Eissa faced a similar coup also weeks before the election, when he was fired from Al Dostor by its new owner El-Sayed El-Badawy, ironically the head of Egypt’s so-called liberal Al-Wafd party that is now battling a plummeting public image as a conduit for ex-regime figures eager to sneak their way back into parliament.

Many months on, SCAF still refuses to decree a political exclusion law to sideline former regime loyalists. What can this possibly mean?

While the January uprising should have theoretically dealt the death blow to sectarian strife that was constantly fuelled by state security agents on behalf of the regime, this is far from happening. On the contrary we have had more sectarian incidents since February 11 than we did in the past five years. The only difference today is that the army council is probably preparing a colossal whitewash as it has taken over the criminal investigation into the deadliest of these attacks on Copts on Oct. 9 at Maspero, simultaneously playing the part of judge, jury, prosecutor and defendant.

And what about our own trial of the century?

Certainly no one would have wanted to see the amateur footage we saw from that dusty road in Sirte come out of Egypt, but is it logical that the ousted Mubarak, who is ultimately responsible for the deliberate disintegration of Egypt’s state institutions over the course of his 30-year reign, is now living in a five-star hospital suite for no reason other than that SCAF has decreed it? Besides, who is footing that hospital bill?

Have we come full circle?