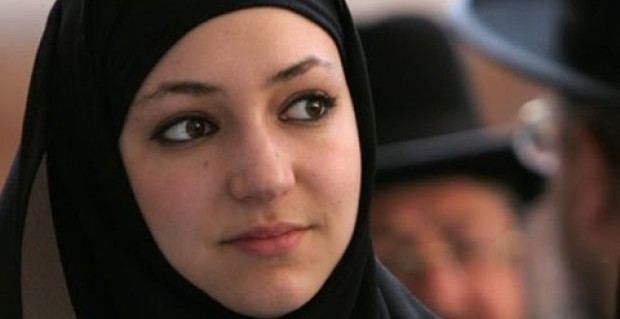 The excruciating suffering, the rape and suicide of Amina El Filali has not left anyone in Morocco indifferent. The outcry has come from every part of the country. Outside of Morocco the mainstream media as well as the social media have been united in expressing disgust at plight of a 16 year old girl, raped and then brutalised to the point of suicide. Activists have set up an online petition calling for the law to be changed, which within hours attracted thousands of signatures.

Under Moroccan law, rape is punishable by five to 10 years in prison or between 10 and 20 years if the victim is a minor. There has been much talk in the media about Article 475 of the penal code, some of it missinformed.  It is important to understand that the law does not apply to violent crimes, such as rape. Article 475 states that when an adult corrupts a minor without the use of violence, threat, or fraud, the sentence is five years of imprisonment, whether or not there has been sexual intercourse; further, if the minor has married the adult, then the adult can only be tried if the minor’s legal guardians press charges and obtain an annulment.  As more astute commentators have pointed out, “It was this loophole that the family used in order to marry off their daughter, close the case, and wash the shame.“

Last year Amina al-Filali’s parents filed charges against their daughter’s rapist, Mustafa F, a man 10 years older than her, but it was only recently that a judge in the northern city of Tangier decided that instead of punishing him, the two must be married.

The court’s decision to forcibly marry Amina to her rapist was supposed to “resolve” the damage of sexual violation against her, but it led to more suffering in the unwelcoming home of her rapist/husband’s family.

“After I filed a complaint against him, he said he will marry her. And when he married her and took her to his family’s home he mistreated her, beating her and leaving her starve with no food,” Zahra Mallim, Amina’s mother told the Morocco’s 2M TV.

The Moroccan media have run hard with the story. According to the Moroccan daily al-Massae,  who first broke the story, Amina’s type of forced marriage is rooted in local rural traditions to safeguard the honor of girls who are raped. Traumatised by the painful experience of rape and the harsh treatment of her husband’s family, Amina decided to end her life by consuming rat poison in the house of her husband’s family,

“When the judge said they will marry, I did not agree, but I could not challenge the law. I wanted that man (the rapist) to go to prison,” Lahsan al-Filali, Amina’s father, told the 2M Television. “At first I did not agree to this marriage, but when the court of family affairs called me and pressured me, I agreed,” he added.

Feminists have long demanded an amendment to this article.  Hafida Elbaz, director of the Women’s Solidarity Association told a-Massae that the article provides an opportunity for a perpetrator to avoid punishment.

“It is unfortunately a recurring phenomenon,” Fouzia Assouli, the president of the Democratic League for Women’s Rights, told Associated Press. “We have been asking for years for the cancellation of Article 475 of the penal code, which allows the rapist to escape justice.”

The new Moroccan Constitution sets up the principle of equality between men and women in all spheres. Compared with other countries in the Arab region, Morocco ranks high in female political representation.

Writer Laila Lalami, has written a powerful piece on the website, The Daily Beast. In it she draws attention to an often overlooked facet of the sad affair:

Another, more terrible failure is that the family agreed to the “amicable solution” offered by their friends. Rape is a crime in Morocco, but it is also a taboo. The woman who has been raped is often seen as having been shamed—her marriage prospects change radically, and her morals are called into question. In other words, the victim is blamed and the perpetrator is forgotten. “If we married her off,” Amina’s sister Hamida told a Spanish network, “it was to protect her, so that people would not speak ill of her.” The Filali family apparently preferred to sacrifice their daughter’s physical and emotional well-being rather than live with the reminder that she had been raped“. (Full article here)

What has not happened is a quick response from the Moroccan government. who should have immediately announced that they would repeal Article 475 of the Moroccan penal code. A law that allows a rapist to avoid a five year prison term by marrying the victim has no place in the penal code of any country. While there have been reports that some Moroccan Ministers are calling for a repeal of the offending law, there has not been a decisive response.

Morocco’s state news agency MAP published a statement by the Ministry of Justice and Freedom saying that preliminary investigation, which was suspended after the pair’s marriage, showed that Amina was not raped and that she agreed to having sex with the man who later married her.

The ministry also said the pair were in a relationship for more than a year before they married.

The ministry of justice is headed by Mustafa Ramid, a leader of the ruling Islamist Justice and Development Party.

“All the legal practices were respected in the case…and the general prosecution suspended the investigation for the best of the minor and in response to her request and the request of her father and the person who married her and according to the law.” – Mustafa Ramid

Morocco’s government speaks with a forked tongue. The spokesman says law will be reviewed & the Justice Minister denies the rape – Writer Laila Lalami on Twitter

In comments to state television channel 2M, Bassima Hakkaoui, Minister for Women and Families, and the only woman in the cabinet, did not call for the law to be repealed, but rather called for a debate to reform the law,

Her predecessor in the post, Nouzha Skalli, also declared herself shocked by the affair and called for the law to be changed.

The number of people who traveled to Rabat for a sit-in in solidarity with the plight of the Amina is a clear indication of the urgency with which this must be treated. The government advisors need only walk into any Moroccan street to hear what Moroccan’s think. They are unified in their disgust.

As Laila Lalami put it so eloquently:

“Abrogating Article 475 is only the beginning, not the end of the battle for justice, because the truth is that all of us Moroccans have failed Amina. Her case, though particularly horrific, is not unique. People still prefer to keep silent about rape, to act as if it hadn’t happened, to blame the woman who was the victim, to open a debate about her morals, or to find an “amicable solution” for the perpetrator. Legal reforms are not enough so long as Moroccan society views the victim of a rape as something that needs to be solved. Rape is not puzzle. Rape is a crime. Amina Filali’s death is a stain on our collective conscience”

2 Responses to Amina’s Death: ‘A Stain on Morocco’s Conscience’