The Loss of the U.S Ideal of Fairness, Freedom 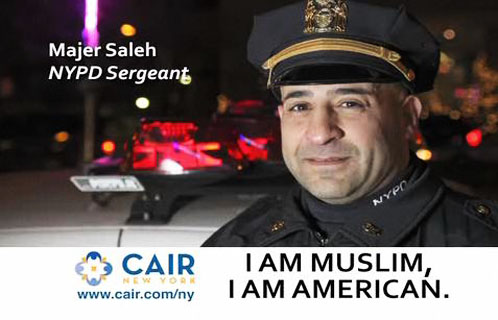 While we Muslim Americans are one of the smallest religious groups in the US at about 1% of the total US population, our immediate community’s loss on 9/11 represented 2.15% of the total number of Americans who died that day. And unfortunately our loss did not end on that day. Ten years later Muslim Americans suffer more than any other group the loss of cherished democratic values.

While many Americans wish the stigma of 9/11 that now clings to our community could be banished, U.S. Muslims are well aware that this is not likely to materialize- at least for some years yet.

Muslim Americans have come to terms that funding articulates national policies on the ground and once these policies are employed and institutionalized they become too difficult to change. We have come to realize that the US national security sector under the banner of homeland security and counter terrorism is one of the few funding streams that continues to grow, employs many and supports a thriving industry.

Despite our country’s grim economic conditions and our well-known struggles to create new jobs check out this site  that offers an extensive list of funding opportunities and jobs in counter terrorism and national security.

A few months ago public reports (PDF) outlined the considerable level of vigilance and cooperation of Muslim Americans with local authorities. Although that was revealing to most Americans, it was not to us. We have come to terms that much of the obsession and targeting of American Muslims is fueled by resources. Simply stated, the impetus for spreading fear about American Muslims is the result of billions of federal funds that are generating and sustaining countless of anti-terrorism task force offices, centers, think tanks, and initiatives in every federal department including the Department of State, Labor, Transportation, Energy, Agriculture, Treasury, Justice, and even FDIC and Small Business Administration.

Legions of counter terrorism centers have sprung across the country in small and large municipalities prompting colleges to offer Homeland Security programs by promoting their counter terror research and expertise. On the ground this means that these federal allocations employ too many people whose livelihood and high earning jobs depend on spreading Islamphobia and maintaining the status quo.

Recently disclosed federal budget allocations offers valuable insight. The FBI receives $2.7 billion in counter terrorism funding, which accounts for a third of its operating budget and employs a third of its workforce. The Department of Homeland Security’s budget is $54.7 billion, dispersing funds, offering grants and subsidies to every state and municipality, including the private sector for the purpose identifying, educating, training and communicating counter terrorism. These funds have built profitable enterprises that support the employment of too many people to count.

Not surprisingly, FBI and Homeland Security agents have cast a wide net of inquiries and undercover operations that utilize a variety of overt and covert tools to monitor, question and harass Muslim youth and adults. Most critically, since these agencies are required to justify their federal expenditures and ensure future funding it has become common and accepted practice to ignore the constitutional rights of Muslims while these agencies and their agents intrude in our lives; houses of worship; question our travel, activities of faith; track our cars; monitor our phones, our Facebook pages, emails, and twitter accounts; our writing – and so on…

Ten years later while we collectively mourn the loss of our fellow Americans, Muslim Americans are also mourning the loss of a belief in the ideal of a country that would protect our constitutional rights.  We mourn the enactment of the Patriot Act that was initially intended to find terrorists in our midst, but is often used to unfairly target Muslim Americans – and will more than likely soon broadly target a wide range of Americans. Today we Muslim Americans mourn the fragility of our democracy, while we fully understand that we must work hard to protect it despite the hardships we face.

2 Responses to The Loss of the U.S Ideal of Fairness, Freedom