Some Questions About the ‘Iran Terror Plot’ 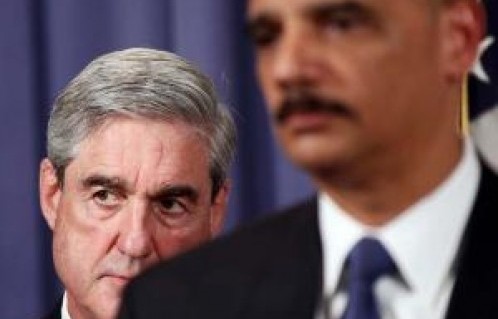 Earlier today the FBI issued a press release stating that two Iranian men have been criminally charged in a New York court for allegedly plotting to assassinate Saudi Arabia’s ambassador to the United States, Adel al-Jubeir. Here are some examples of how the U.S. mainstream media initially headlined the story:

So from the looks of things, Iran has been planning a terrorist plot on U.S. soil, right? Wrong, at least for now that is. There are many holes in this story that need to be filled before the government of Iran can be credibly accused of committing what could be interpreted as an act of war. For a summary of related events so far, read Jim Lobe’s report, and following are some preliminary questions that need answering:

1) Who has the authority to operate on behalf of the Iranian government?

If a relative of a member of the U.S. military or CIA plans a murder on foreign soil and claims he was ordered to even though the U.S. denies it, would we consider that a terrorist plot by the U.S.?

The accused named in the FBI press release are Manssor Arbabsiar, a 56-year-old Iranian-American from Texas with dual citizenship, and Gholam Shakuri, an alleged Iran-based member of Iran’s secretive Quds Force. What does the U.S. have that proves they were acting on behalf of the Iranian government, which, by the way, quickly denied the charges?

2) Who approached who first?

If Arbabsiar approached the agent first, how did he find them? If the FBI put Arbabsiar under surveillance for suspicious activities and then lured him into direct communication (which could have been the initial point of contact), was the FBI involved in other persuasive activities as well? Considering the loony aspects of this story which even Hillary Clinton has alluded to, is it wrong to question the sanity of Arbabsiar? Is it unfathomable that the FBI could have found a crazy and/or impressionable person who was acting on his own accord but was in some way related to elements of the Iranian government?

Update: A report in the Washington Post by Greg Miller and Julie Tate sheds some light on who Arbabsiar really is. According to House intelligence Chairman Mike Rogers (R-Mich.):

It is my belief he was recruited for this particular operation

3) What are the exact details of Arbabsiar’s confession and under what conditions was it made?

4) While in FBI custody, Arbabsiar made calls to his “cousin” in Iran who is allegedly a “big general” in the Iranian army and a “senior member of the Qods Force”. How did the FBI verify his cousin’s identity?

Did the cousin verify his identity on the phone? If yes, why would he do that if they knew one another? Would the alleged cousin really have been that imprudent while speaking to someone that he was planning an assassination plot with?

6) Why would a government that is constantly accused of conniving to build nuclear weapons so that it can allegedly wreak destruction upon its adversaries attempt to assassinate someone as insignificant as the Saudi ambassador to the U.S. in such a poorly conducted plot and with the use of such low-level assailants?

While nothing is impossible, Iran has shown its capabilities in Lebanon and Iraq and this plot is not its style. You would think that after surviving for 32 years with the most powerful countries in the world against it, the leaders of the Islamic Republic would have learned a few things about carrying out high-risk operations with diligence and maximum impact — clearly not the case here.

7) What could Iran gain from this plot?

Certainly tensions have increased between Iran and Saudi Arabia over the past year, but Iran has been battling the Saudis in other ways, by exerting influence over Iraq’s government, for example. As Jim Lobe points out, if this plot is really Iran’s doing, it will only lead to more strangling sanctions and bring the threat of war closer. Unless you are among the misguided group of people who think that Iran’s current government is suicidal, taking part in an event like this is simply not in Iran’s interest.

8) What can Iran lose from this plot?

As Lobe and Josh Rogin have pointed out, anti-Iran, pro-Israel advocates and hawks are having a field day with this story. Senator Mark Kirk (R-IL) immediately called for the U.S. to collapse Iran’s central bank and unsigned opinion pieces are urging further action (what comes after sanctions?) against the Iranian “threat.” This story was also broken on the same day that further OFAC sanctions were announced, with more on the way.

I am not doubting that suspicious and worrisome events took place with regard to Arbabsiar or that Iran has animosity towards Saudi Arabia and the U.S. and vice versa (recall Saudi Arabia urging the U.S. to bomb Iran), but do we really have enough evidence to claim that the government of Iran directly attempted to carry out an assassination plot on U.S. soil? That’s a serious, game-changing charge. Even if you don’t want to accept Iran’s official denial, you need to produce more facts before you can make the case. It remains to be seen whether the mainstream media will do its job and provide us with them.

One Response to Some Questions About the ‘Iran Terror Plot’