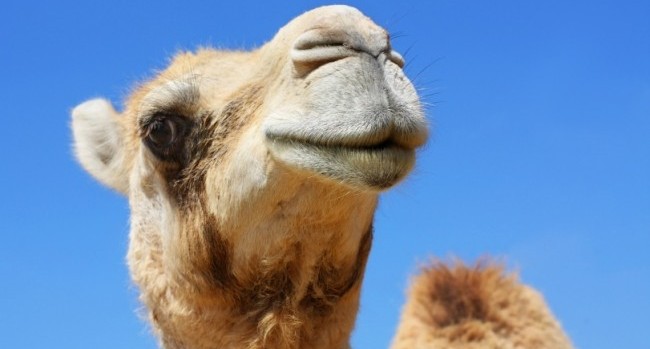 The knowledge of the healing powers and nutritious benefits of camel milk have been known to nomadic peoples from Mongolia to Africa for thousands of years. The Bedouin saying, “water is the soul, milk is the life” may prove to be true due to the miraculous properties of camel milk. Reports of the healing powers of camel milk have been recorded from the times of Prophet Mohammed (pbuh). There are a number of aHadith mentioning the Prophet prescribing camel’s milk and even urine as a remedy for various conditions:

“A group of people came to Medina, became ill and their bellies got swollen ..the Prophet ordered them to go to the herd of Milch camels and to drink their milk and urine (as a medicine). So they went as directed and after they became healthy..”Sahih Bukhari, (Volume 1, Book 4, Number 234)”

The reference to the swollen bellies might be an indication the people were suffering from liver problems. Modern day science has proven camel milk to be beneficial in the treatment of liver diseases such as Hepatitis.

Camel milk is growing in popularity worldwide and has even been dubbed the new ‘super food’ because it’s so high in nutrients and minerals as well as having numerous healing properties. This ‘wondermilk’ has also shown the ability to help heal food allergies and chronic gastrointestinal problems and diseases such as Crohn’s. Scientists all over the world have been conducting research after other finding new conditions and diseases that can be treated, prevented or even cured with consumption of camel’s milk. The latest studies have found that camel milk inhibits the growth of certain cancer cells; in one study it was found the tumors shrank 56% in just two days of high doses of camel milk. Parents of autistic children have found camel milk to help their children perform better and to alleviate symptoms of autism.

Camel’s milk is by far the closest to human breast milk than any other animal’s milk, yet to most people camel milk still remains a ‘mysterious’ and strange substance which many are afraid to try. Not only is camel milk easier for the human body to digest, making it suitable for lactose intolerant people as well, it’s also rich in vitamins and minerals, containing 10 times as much iron and three times as much vitamin C as cow’s milk.

The most beneficial and nutritious camel’s milk comes from camels that graze freely on a certain type of grass; they are commonly referred to as milch camels. Freshly milked, unpasteurized milk has the most health benefits; however caution should be practiced as the freshly milked version might in rare cases contain parasites if the camels have not been kept well and healthy. Unfortunately pasteurizing the milk does remove some of the health benefits but it’s still advised to go with the pasteurized version. Especially pregnant and breastfeeding women should avoid unpasteurized camel milk.

Camel’s milk has numerous healing factors and a closer analysis of camel milk shows medicinal potential. The milk protein lactoferrin, which is present in large quantities in camel milk (ten times higher than in cow milk), has anti-viral, anti-fungal and anti-bacterial properties. Fermented camel milk is high in lactic bacteria, which have been shown to be effective against pathogens including Bacillus, Staphylococcus, Salmonella and Escherichia.

There is a traditional belief in the Middle East that regular consumption of camel milk aids in prevention and control of diabetes. Numerous studies from around the world have confirmed this to be true and today probably the most well known health benefit of camel milk is its use as adjuvant therapy in management of both type 1 and 2 diabetes. The milk actually contains 52 units of insulin per liter and is as a result a very effective and all-natural way to control blood sugar levels in diabetic patients.

Perhaps the most remarkable property of camel’s milk lies in its ability to kill cancer cells and reduce tumor size. In the recent years a Saudi female scientist, Dr. Faten Abdul-Rahman, a well-known researcher of the healing properties camel milk and urine, found in her studies that the most powerful anti-cancer effect comes when camel’s milk and a small amount of urine are consumed together. Khorshid is combining specific amounts of camel milk and urine to develop her medicine, which is undergoing testing to transform it into pill form. She focuses on particular types of cancer including lung cancer, blood cancers, colon cancer, brain tumors and breast cancer.

Dr. Khorshid was awarded a gold medal for Innovation in the Kingdom in 2008 and her research was chosen as one of the top six innovations of the year 2009 at the International Innovation and Technology Exhibition.

In addition to the internal benefits, camel’s milk and even urine can also be used as external healers for the skin. Thanks to the natural moisturizing and whitening properties, camel’s milk and urine as beauty ingredients is on the rise.

Not only does camel’s milk make for more moisturized and supple skin, it’s also said to have anti-aging benefits, thanks to elastin, vitamin C and lanolin. It also contains properties that help treat inflamed or irritated skin, some are even using it as a natural treatment for psoriasis. Camel urine has been used by the Bedouin women for centuries as a beauty product which whitens the skin and lightens the hair.

Camel milks’ healing properties seem to be endless. This desert elixir, no short of a miracle, will surely play a bigger role in treating a multitude of diseases in the future.