Satire in the Arab World: Getting to the Crux of Issues 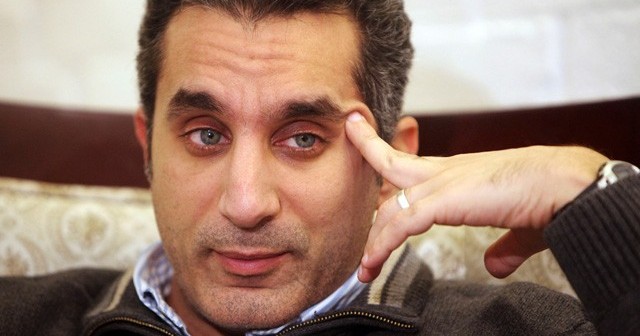 “If your regime is not strong enough to handle a joke, then you don’t have a regime.” Such was the sentiment of satirist Jon Stewart, who made a surprise appearance on the popular Egyptian television comedy show, al-Barnamaj, starring Bassem Youssef. If the Arab Spring protests were not simply an exercise resulting in one kind of intolerance replacing another, then this may be one of the most important lessons to be learned from the prevailing winds of post-people-revolution hopes.

Obviously Moubarek did not handle jokes well, nor did Ben Ali, nor Qaddafi, nor Ali Abdullah Salih. Neither does Bashar al-Asad, who is desperately trying not to be the next ex-dictator in the Middle East. But then the ruling parties in the Islamic Republic are not exactly comedy-friendly. Bin Laden was the butt of millions of jokes, but it is hard to imagine him having success as a stand-up comedian.

The irony is that most of the people I have met in Egypt and Yemen are fond of jokes and have a rich tradition making fun of those in power, corrupt regimes and religious hypocrisy. Many have a sharp edge of “othering” one group or another, but some are self-deprecating. Satire has a way of getting to the crux of problems, which is probably why it is so irritating to those in power. Consider the following joke about the Syrian regime of Hafez al-Asad, a joke I heard from a Lebanese friend when Syria was basically in control of much of Lebanon.

The heads of the CIA, the KGB and the Syrian intelligence agency met at a conference and were bragging about their abilities to track down and find terrorists. So they decided to have a contest to see who indeed was the quickest. They all flew to a jungle and released a monkey. The goal was to see which agency could find the monkey first. The Russian KGB had first try. They immediately went to work with their network of spies in the jungle, and after one hour the monkey was found. Then it was the chance for the American CIA, which simply dialed up a satellite and found the monkey in less than one hour. Now it was a chance for the Syrians. They sent a patrol into the jungle, but an hour went by, then two hours, then six hours. Finally, the CIA and KGB heads decided to go in themselves and find the Syrians. After a half hour they spied the head of Syrian intelligence. He had tied a donkey to a tree and was whipping him, shouting “Confess you are a monkey! Confess you are a monkey!

Judicious satire usually outlasts rhetorical political bombast. We no longer read the paternalist colonial bull of Lord Macaulay during the British Raj, but the cartoons lampooning him and other major political figures of the day in Punch live on. If it is true, and there is a sense in which it is in hindsight, that the pen is mightier than the sword, then the pen in the hand of a satirist is a better barnamaj (Arabic for program) in the long run then a dictator’s iron fist or a mullah’s anything-but-ironic fatwa.