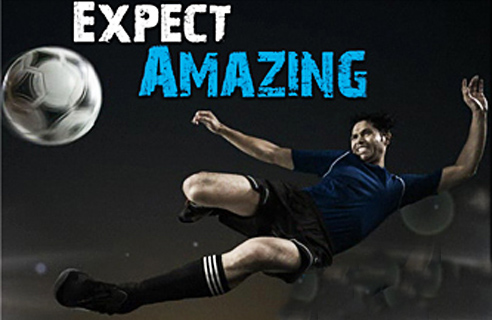 With its winning of the bid to host the 2022 FIFA World Cup, Qatar may face both its greatest challenge and biggest opportunity in positioning itself as
a maverick regional peacemaker and agent of change.

Soccer constitutes for Middle Eastern regimes a double-edged sword. Only soccer commands the kind of deep-seated emotion evoked by Islam. And in a world of predominantly repressive regimes, soccer together with Islam provides the only public space for pent-up anger and frustration. Managing the national, ethnic, religious and social fault lines that soccer in the Middle East highlights could make cooling down football stadia in temperatures of 50 degrees Celsius the least of Qatar’s worries.

A look at the Gulf Cup that ended in Aden on Sunday as well as Middle Eastern soccer’s walk up to this year’s World Cup in South Africa tells all. To many residents of southern Yemen, which united with the north in 1990, the Gulf Cup highlighted the very reasons why southerners support cessation. It also highlighted the effect of political control of the game by regimes bent on retaining power. To southerners, Yemen’s national team represented the country’s most powerful government-aligned tribes rather than the nation. That sense was reinforced by the fact that southerners were virtually excluded from participation in the organization of the cup.

The picture is no better elsewhere in the Middle East where spectators in Lebanon have been barred from soccer games since the 2005 assassination of Prime Minister Rafik Hariri; Palestinians can’t compete because of Israeli travel restrictions; Iran and Iraq’s performance has been hampered by political interference; players on Egypt’s national team have to prove not only their soccer skills but also their religious devotion; and Saudi players struggle to maintain international standards because the government discourages players from joining foreign clubs.

The world’s most violent derby between Cairo archrivals Al Ahly and Zamalek constitutes an epic struggle over nationalism, class and escapism. Women’s soccer is a continuous fight for its existence in a chauvinist, male dominated world in which women playing the game is at best controversial and at worst blasphemous.

If anyone can rise to the challenge a World Cup in the Middle East poses, it is Qatar, a maverick oil-rich Gulf state that maintains close ties to Islamic radicals while hosting a US military base and has rewritten the
Middle East’s heavily controlled media landscape with Al Jazeera’s often no-holds barred reporting. Qatar’s successful bid could prove to be with FIFA President Sepp Blatter’s help the monkey wrench that forces Middle Eastern rulers to recognize opportunities offered by sports to manage the region’s many fault lines.

The Middle East is riper than ever for a contribution by Blatter, who has successfully imposed his will on notoriously intransigent Middle Eastern leaders seeking to control the game. Take Middle East peace for example. Blatter could engineer Israel’s return to playing World Cup qualifying games in the Asian Football Confederation (AFC) against Middle Eastern teams rather than as it does against European squads in UEFA since the Arabs four decades ago forced its ouster from the AFC.

International tennis has paved the way for Blatter to force the issue. Three Israeli tennis players appeared this year at the ATP World Tour and World Tennis Association tournaments in Qatar and the United Arab Emirates despite the two countries’ formal ban on sports encounters with Israel and Israeli passport holders crossing their borders.

If Israel drew for example Iran, Syria, Saudi Arabia, Lebanon, Yemen or Iraq, governments would be hard pressed to prevent their teams from playing. Stopping their teams would cost their squads valuable points and reduce, if not eliminate, their chances of reaching the Asian and World Cup finals.

The teams would face censure from FIFA, which in turn could spark riots as soccer did in Tehran in 1998 and 2001. So deep-seated is soccer passion that governments would be acting at their own peril and would likely conclude that they have no alternative but to allow their teams to play Israel. By doing so, they would effectively recognize the Jewish state and offer Middle Eastern soccer fans a picture of Israelis that differs substantially from widespread preconceptions.